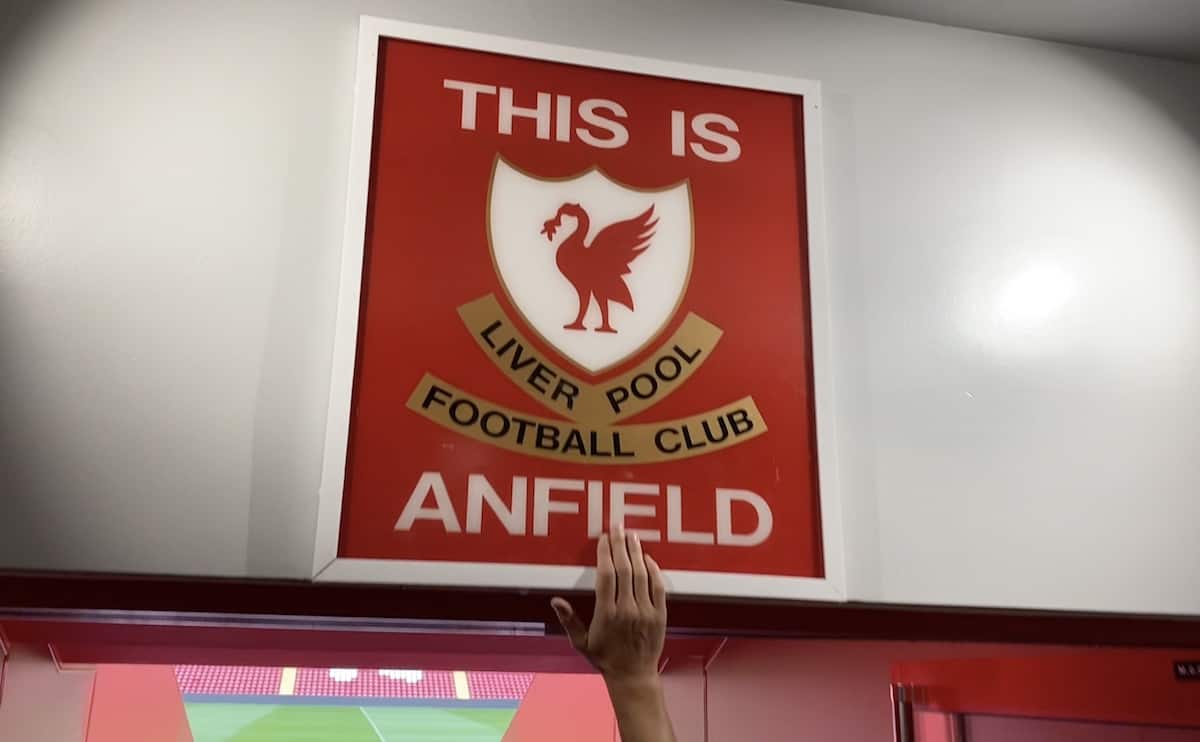 For Liverpool players, touching the This Is Anfield sign before heading out onto the pitch is an iconic practice, but should those from the away side do the same?

It is a hallowed moment for Reds as they make their way out for a game, though it has never been a set tradition for players.

Instead, touching the This Is Anfield sign has simply become a movement picked up on by Liverpool players over the years – with claims that Jurgen Klopp had told his squad they could not do so until they won a trophy proving to be false.

This can become superstition for some players, however, and it has even been honoured by those not wearing the red kit, as Ian Wright told ITV.

Did you touch the This Is Anfield sign when playing at Liverpool?@IanWright0: “I had to touch it… it’s iconic, it’s unbelievable.”

Roy Keane: “Of course not. No point… I’m not sure why you touched it, Wrighty. It’s childish… what benefit did you get out of it?”

“Of course. But I didn’t touch it when we were going out with the guys,” he said, when asked if he touched the sign.

“When I went out for the warmup, I’d look around and then touch it.

“Because it is iconic. It’s an unbelievable picture. I had to touch it, I’m not going to not touch it. 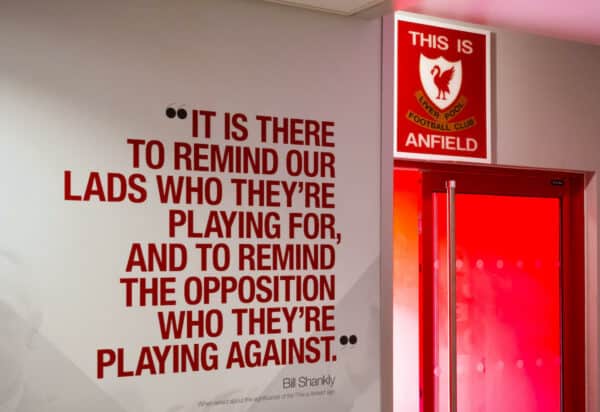 “No, of course [I didn’t touch it]. I think it’s OK, it’s a tradition for the English players, but not for the opposition,” he said.

“I’m not sure why you touched it Wrighty. It’s silly, it’s really childish.” 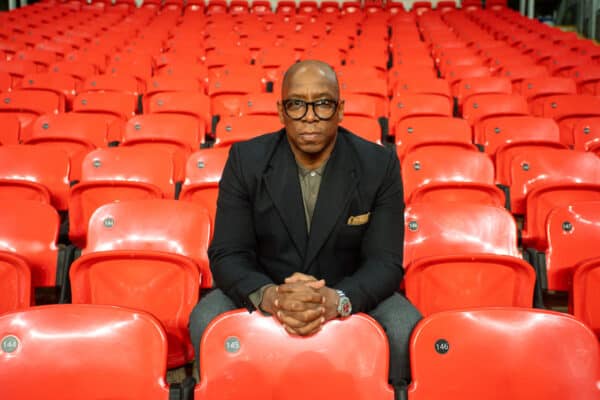 Wright told Keane that he “liked the whole thing that comes with Liverpool” and that “it’s an unbelievable thing to do,” to which the Irishman asked what benefit he got out of it.

“I touched it,” Wright replied.

And there, Wright summed up the mythology of Anfield perfectly; it is an iconic stadium that commands a respect from those who play there, and touching the This Is Anfield sign is a way of showing that respect.