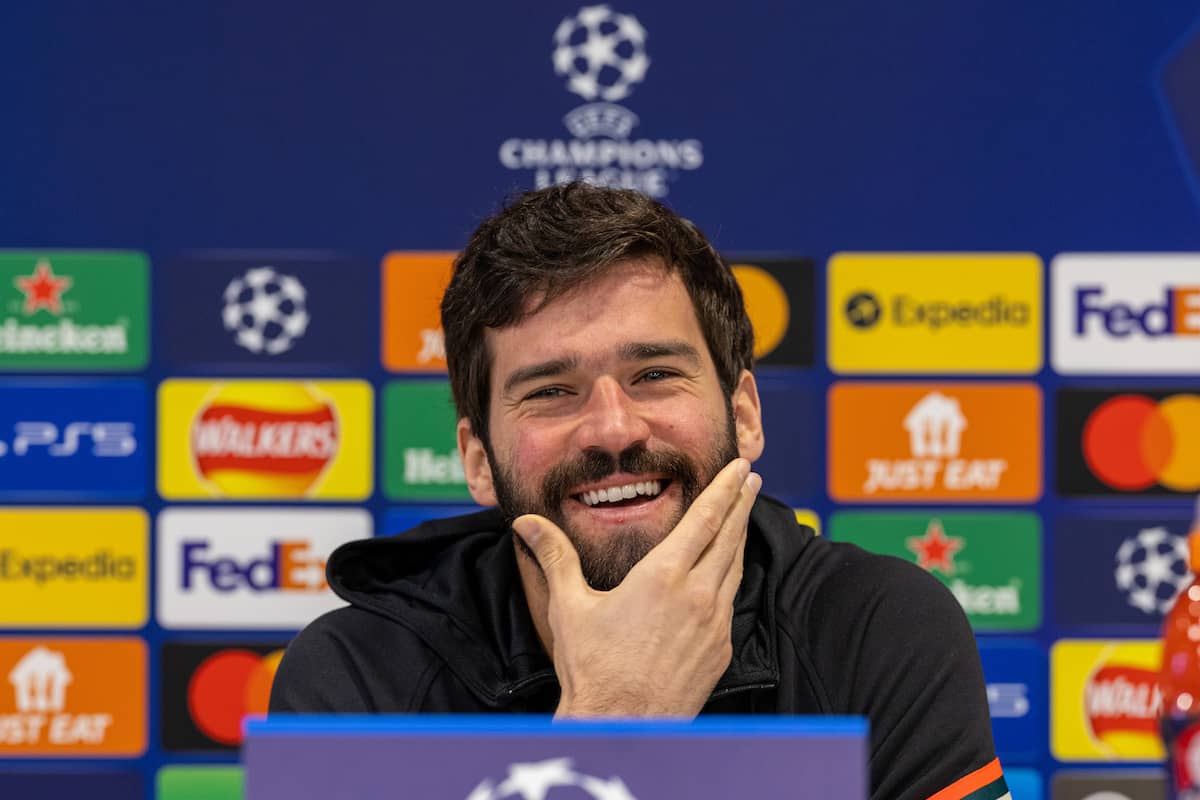 Alisson has vowed that Liverpool will “fight for everything” in the final weeks of the season, with the goalkeeper prepared to replicate his heroics at West Brom.

It is almost 11 months on from Alisson‘s incredible goal to earn a 2-1 win at West Brom, one which effectively booked Liverpool’s place in the Champions League.

The Reds finished fourth in last season’s Premier League against all odds, and after the return of a number of key players from injury are now battling for four trophies in 2021/22.

With the League Cup already in the bag, Liverpool could still clinch the league title along with the FA Cup and the Champions League, with European commitments the focus this week.

Alisson spoke to reporters ahead of the quarter-final second leg at home to Benfica, and was asked whether he would be ready to go up for more corners if required.

“Normally it’s the boss that decides if I go or not. Against West Bromwich, John was the one who called me to go to the box.

“If they call me, I go. If they don’t, no problem, we have enough players to score.

“I hope it will not be necessary. But if it’s needed, if it’s the last time, we will try everything that we have to win the games.”

If all goes well, Liverpool could still play 13 more games between now and the end of the season: seven in the Premier League, four in the Champions League and two in the FA Cup.

Fortunately, Jurgen Klopp finds himself in a strong position in terms of his squad, with no injuries to contend with and the variety of elite options available allowing him to rotate between games.

“At this level, we need to be prepared for that and we are,” Alisson continued.

“We have a great fitness staff, we are training every day for that.

“We have the target of achieving in all the finals, playing as many games as possible for us in the season.

“So we want to win everything. We are ready for that.

“Of course, it’s not easy. Of course, we sometimes feel tired. But you need to put in your mind that you have energy enough to deal with every challenge.”