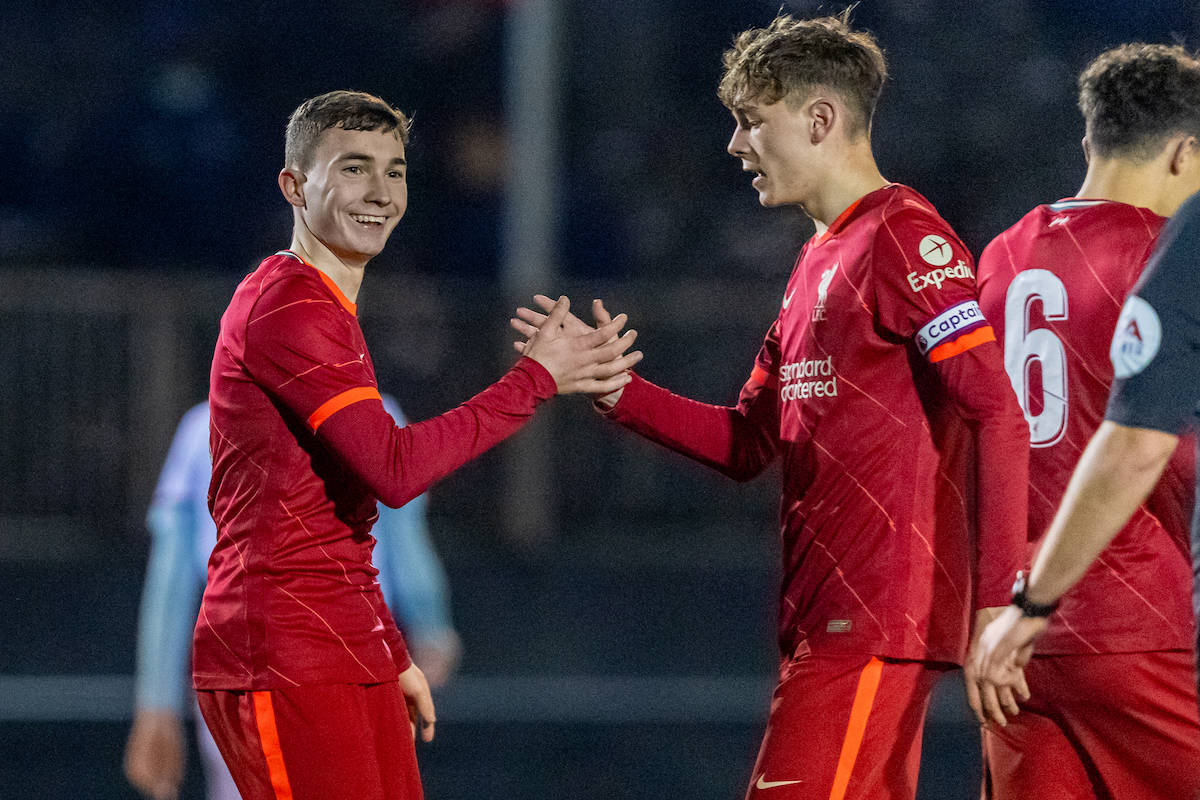 Mateusz Musialowski was back in the side on a remarkable afternoon for the Liverpool under-18s, who put 10 goals past a battling Leeds to earn a 10-3 victory.

After three weeks off, the U18s were finally back in action at Kirkby, and Marc Bridge-Wilkinson welcomed a fit-again Musialowski into his side for the first time since January.

The young Pole was in the thick of it from the start as Liverpool went ahead within seven minutes, and it was Musialowski who played provider for Oakley Cannonier to finish.

A brilliant free-kick from Morten Spencer briefly levelled for Leeds, only for Cannonier to benefit from some sloppy play at the back to restore the lead with a powerful low finish.

Musialowski came close on a number of occasions throughout the first half, including hitting the bar, and one effort led to a penalty for the young Reds, as a handball allowed Luke Chambers to convert from the spot. 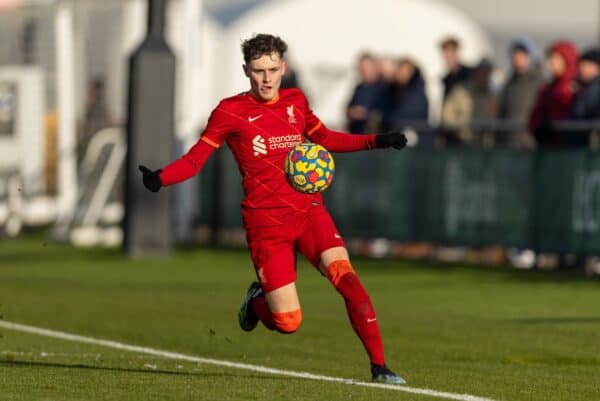 A Chambers corner then saw centre-back partner Lee Jonas make it 4-1 with a header, and Liverpool had another before the break through Bobby Clark.

The scoring didn’t stop in the second half, and there were six goals in 25 minutes, including a deserved one from Musialowski.

Efforts from Leeds duo Luca Thomas and Ronnie McGrath sandwiched that strike, while Musialowski was still walking behind the goal after being substituted as Calum Scanlon netted his first for the club to make it 7-3 on the hour. 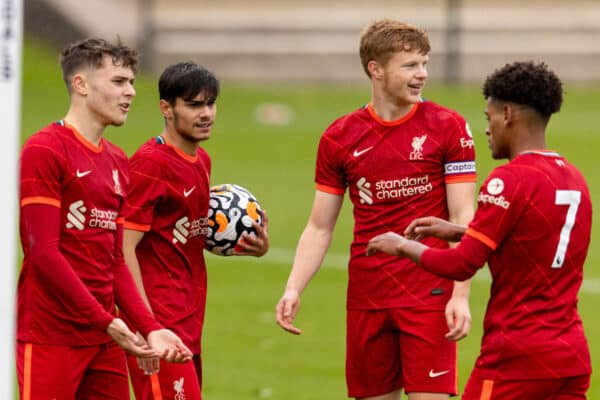 A hat-trick goal from Cannonier came soon after, while Clark grabbed his second through a stroke of fortune as his block ricocheted straight into the back of the net.

Isaac Mabaya was unstoppable on the right flank, and the 17-year-old was involved in an overwhelming move that ended with Cannonier scoring his fourth of the afternoon, a deadly finish into the bottom corner for Liverpool’s 10th.

That proved to be the end of the goals, in a stunning victory for the young Reds that keeps them in with a chance of beating Man City to the title.