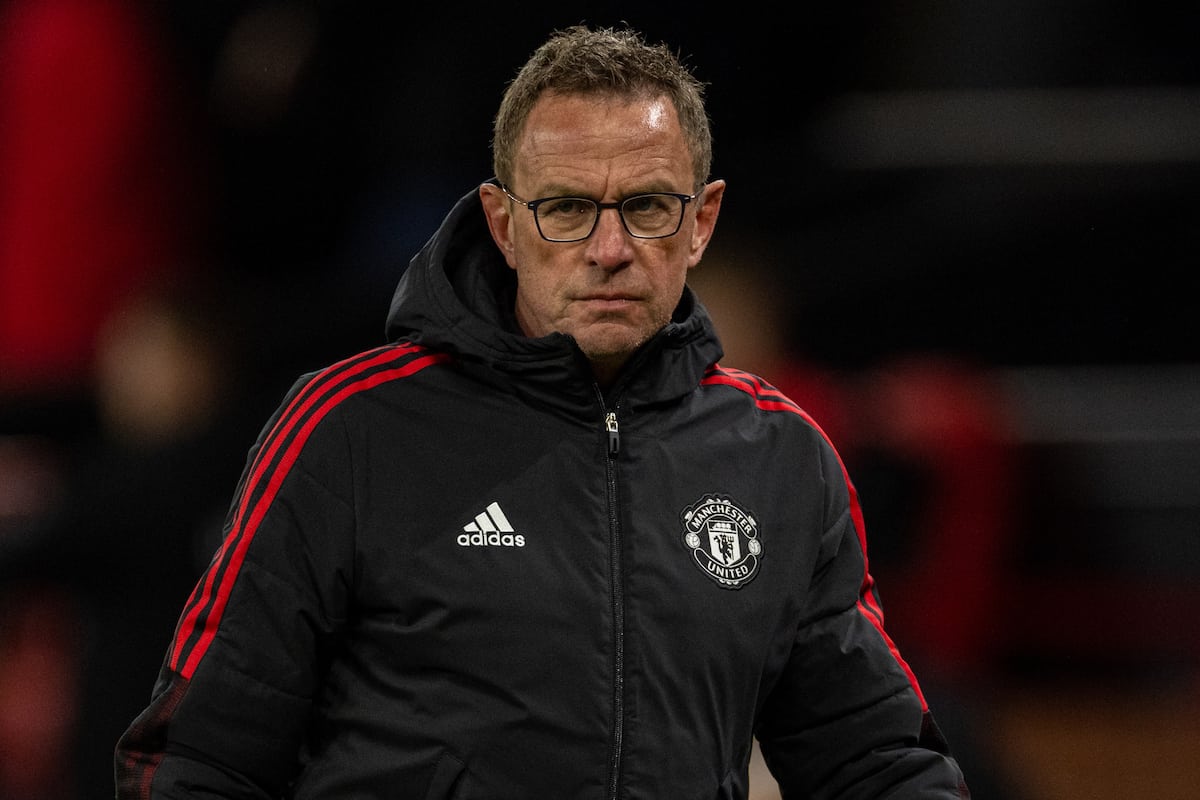 Man United manager Ralf Rangnick has claimed the club may need “two or three transfer windows” to catch up with Liverpool, after 10 years of mediocrity.

Rangnick has so far presided over a continued slump at Old Trafford, with only nine wins in 20 games since taking over as interim manager in November.

The 63-year-old has been candid in his assessment of the squad he has taken on, ahead of a full-time appointment for United in the summer – with Erik ten Hag the leading candidate.

With just over two months until the summer transfer market opens, and United outsiders in the race for a top-four finish, Rangnick has explained his belief that “two or three transfer windows” may be needed.

That is in order to bridge the gap between them and the two best sides in England: Liverpool and Man City.

“Those two teams have been built together and recruited over a period of five or six years, all of them under the premise of ‘how do the coaches want to play?’,” he told the Manchester Evening News.

He added: “It takes the right decisions and where you want to go to, what kind of players, what kind of manager, and then in every transfer window try to get the best possible.

“This is possible. This is not rocket science.

“It has to be done and if that happens it does not necessarily need three or four years, maybe two or three transfer windows, then the situation could be different.”

As Rangnick continued, he outlined how the DNA of the club must be led by their next manager, with the emphasis on Jurgen Klopp and Pep Guardiola at Liverpool and City as prime examples.

However, it seems wishful thinking given the repeated mistakes committed by United in terms of their structure and recruitment since Sir Alex Ferguson’s retirement.

Ferguson left the club in 2013, with 19 transfer windows having come and gone since then and over £1 billion spent by five different managers.

United are currently 21 points behind Liverpool in the Premier League table, and 22 points behind City, with Chelsea, Tottenham, Arsenal and West Ham all above them in the top-four hunt.

Rangnick’s side are still to head to Anfield on April 19, having lost 5-0 at Old Trafford back in October.