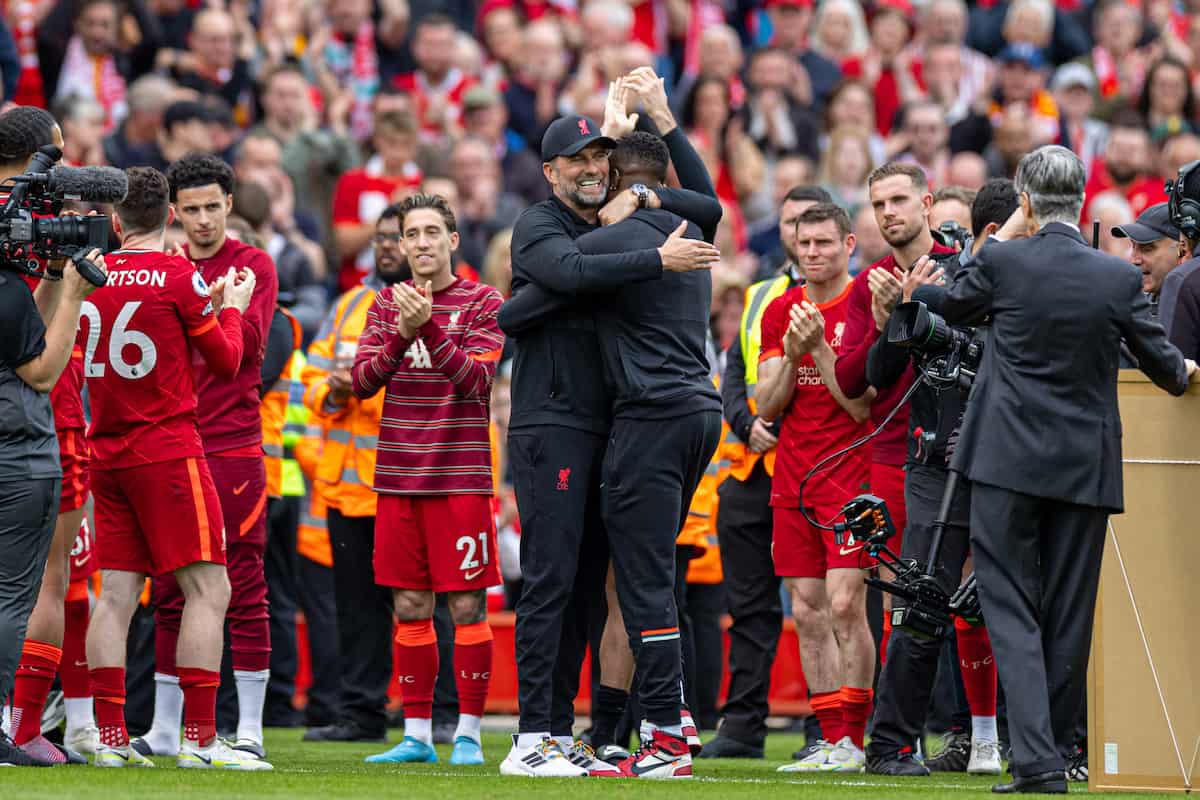 Divock Origi will leave Liverpool this summer after eight years at the club and he was given a guard of honour by his teammates as Anfield paid its own tribute to the Reds’ cult hero.

A minor muscle injury meant Origi was left to watch the final Premier League game of the season behind the bench, but he was not to leave Anfield without a special send-off.

Jurgen Klopp confirmed Origi’s departure prior to the meeting with Wolves, hailing a “Liverpool legend” and “one of the most important players I ever had.”

The No. 27 has not been short of incredible moments in a Liverpool shirt, proving instrumental in goals that will forever be etched in club folklore.

And at the conclusion of the 3-1 win over Wolves, Origi was presented with a Champions Wall plaque, having contributed to the incredible success under Klopp so far, and a signed photo collage signed by his teammates.

As Origi made his way down the guard of honour, Liverpool fans unfurled a banner on the Kop that will be all too familiar, ‘Football Without Origi is Nothing’.

There could be one game yet to write into his Liverpool legend but since signing from Lille in 2014, Origi has made 175 appearances and scored 41 goals.

From Barcelona to Tottenham and Everton and…Everton, Origi has delivered moments that will forever be remembered.