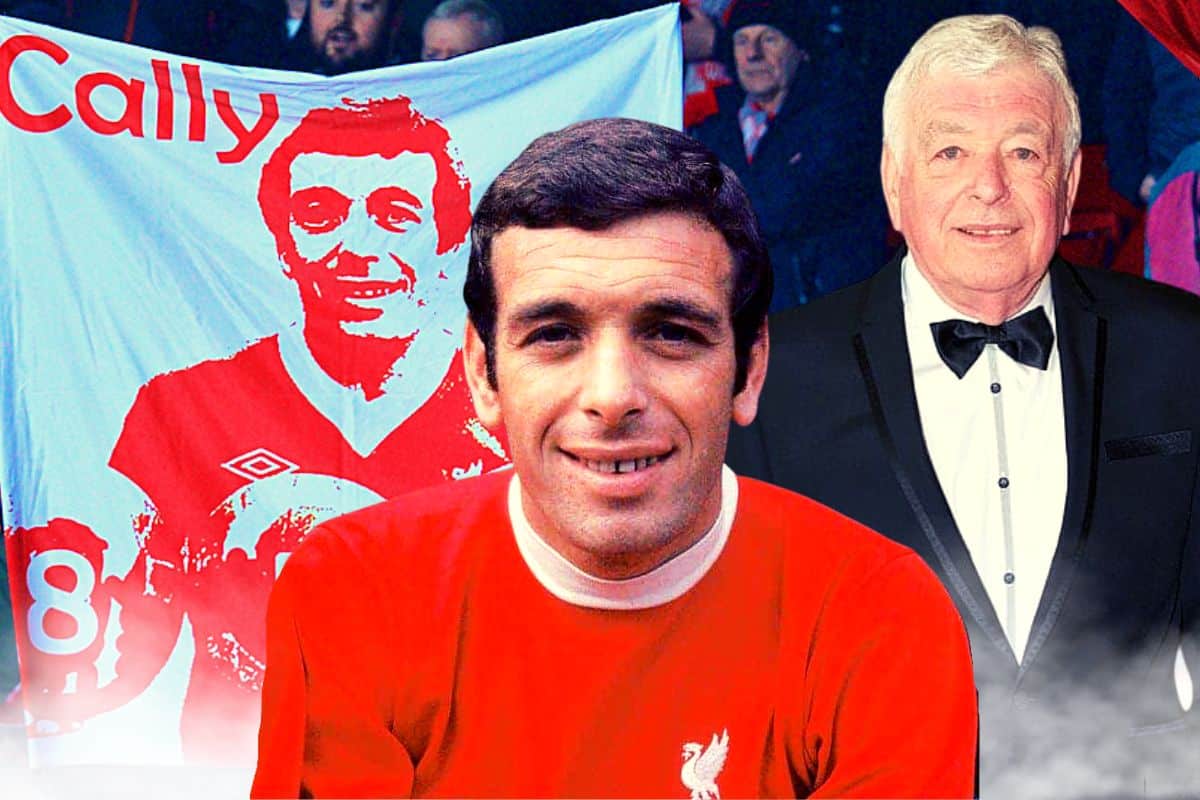 Ian Callaghan made the most appearances of any Liverpool player in history, with the legend he forged out across 857 games never to be beaten, and this is his story.

Callaghan was born in 1942, in the Toxteth area of Liverpool. A star of the Liverpool schoolboys teams of the 1950s, he would sign as an apprentice at Anfield in 1957.

Although he predated Bill Shankly, Cally, as he was affectionately known, would help to deliver every one of the great man’s promises.

As an up-and-coming star of Merseyside football, Callaghan was courted by both Merseyside clubs. However, there was only ever one choice as far as the player was concerned.

His father, an Evertonian, may have been a little disappointed with his son’s choice, but he did little to dissuade his son and would switch allegiances after he had made his professional debut for the Reds.

Callaghan would later say: “Everton were the glamour club back then, they had a much better stadium and I had a chance to go to them, but I was a Liverpool supporter and signing for them appealed to me more. The fact that two of my heroes, Alan A’Court and the great Billy Liddell, were here made it easy for me to sign.”

Ian idolised Liddell and had actually seen him play as a supporter in the 1950s. It must, therefore, have given him a huge boost as a 17-year-old when his hero said this in response to a question about who may be his successor:

“There is a 17-year-old called Ian Callaghan who looks like taking over from me. I played with him twice, watched his progress and I believe he’ll be a credit to his club, the game and his country.” 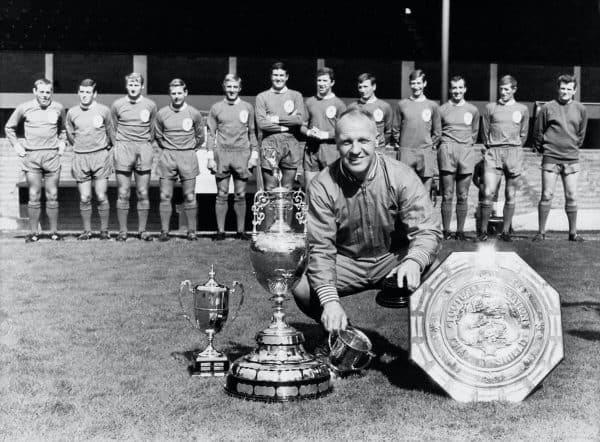 Having played more centrally as a wing-half in his schoolboy days, at Anfield Callaghan was asked to play wide on the right, where he was able to use his power and pace to beat defenders and get to the byline and whip in crosses.

It was in this role that he made his mark, and with the arrival of Shankly in 1959, he would sign a professional contract in 1960.

The great Scot made a huge impact on everyone connected with Liverpool and Callaghan has spoken passionately of his love and respect for the man.

It would be a visit by Shankly to his parents’ home in Toxteth that lit the fuse on Ian’s career.

The Reds’ iconic manager had promised to take the youngster under his wing and look after him, such was his belief in Callaghan’s potential. It is certain that he would deliver on that promise, but it is also true that his young charge had a key role in delivering on all of his promises. 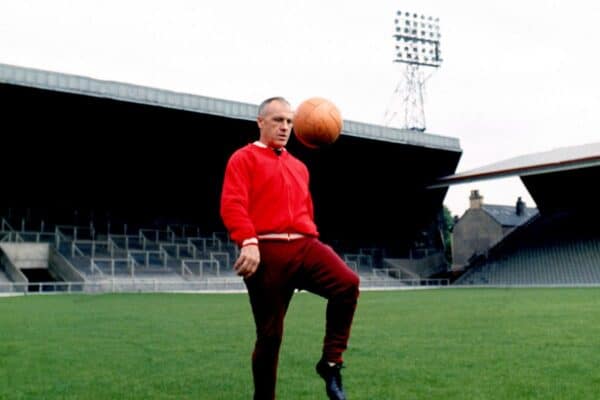 When Shankly arrived, Liverpool were languishing in England’s second tier. Much worse, they had seemed content to remain there.

That would change in 1959 when Shankly promised not only to win promotion to the “big league,” but to win it.

He would then commit to the conquest of Europe, turning Liverpool into a “bastion of invincibility.” And, of course, he would famously promise to heal a running sore on Merseyside and deliver Anfield’s first ever FA Cup.

As the saying goes, success has many fathers, but Callaghan certainly played a pivotal role in making those commitments a reality.

Indeed, his playing career runs through both the Shankly and Bob Paisley years, which undoubtedly make up the most glorious era in Reds history, like a golden thread. 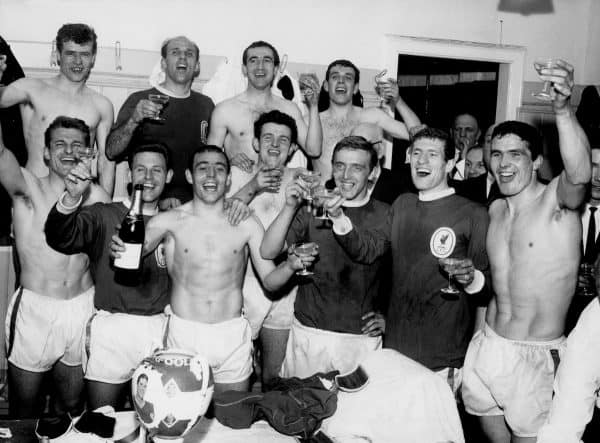 Callaghan’s breakthrough season would see him make 23 league appearances in the Reds’ 1961/62 promotion push, and he would be in the side on the day that promotion was clinched at Anfield when a 2-0 win over Southampton delivered Liverpool to the promised land.

Then, just two years later, he would play in every league game of the season that saw the Reds win their first league title under Shankly and the sixth in their history in 1964.

And of course, no Liverpool supporter who lived through the period will ever forget his eight appearances in the 1965 FA Cup campaign, not least his contribution in the final against Leeds.

With both sides locked at 0-0, the game went to extra time. Roger Hunt put the Reds in front after 93 minutes before Billy Bremner levelled nine minutes later. It would be Callaghan, racing to the byline just as he had done as a teenager, who sent in a perfect cross and set up Ian St John’s winner in the 111th minute.

The scenes of jubilation both on the pitch and in the stands at Wembley, not to mention in the city of Liverpool, will live long in the memory of every Red who lived through the period.

Liverpool would achieve league success again in 1966 but would enter something of a trophy drought as Shankly set about building his next great side.

His faith in Callaghan would never waver though, and the Scouser would continue to be a mainstay throughout the latter half of the ’60s.

Knee surgery during the 1970/71 season and the emergence of Brian Hall could easily have signalled the beginning of the end of his Reds career. However, such was Shankly’s belief in the man he had signed as a professional over a decade earlier, he simply moved Callaghan into the centre of midfield. 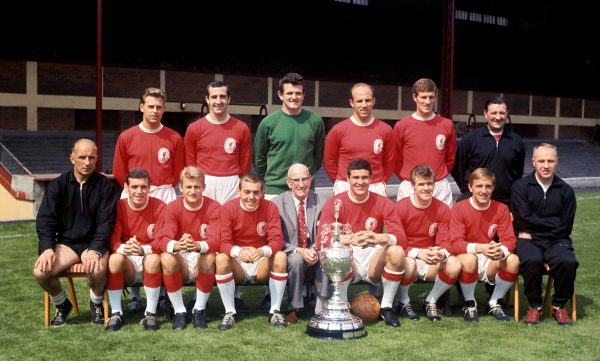 It would prove a wonderful gift to future generations of Liverpool supporters, and of course to Paisley, who would succeed Shankly in 1974.

The change of role for Callaghan would extend his Liverpool career by another seven years, and ensured that he was able to set a club record of 857 appearances – one that will never be surpassed.

Callaghan and Liverpool won another league title and reached two more FA Cup finals in 1971 and 1974, before Shankly spectacularly resigned handing the reigns to his assistant, Paisley.

However, it would be on a rain-soaked night at Anfield in May 1973 that Callaghan would help his manager achieve another of his promises – that one day all of Europe would have to take notice of Liverpool.

The Reds had earned a place in the final of the UEFA Cup and with it came the chance to put themselves on the continental map, as well as achieve a double having already clinched the league title.

The opponents were Borussia Monchengladbach and Liverpool won the first of two legs 3-0, with both Kevin Keegan and Jupp Heynckes missing penalties.

It would prove enough for the trophy, despite the Reds succumbing to a 2-0 reverse two weeks later in Germany. 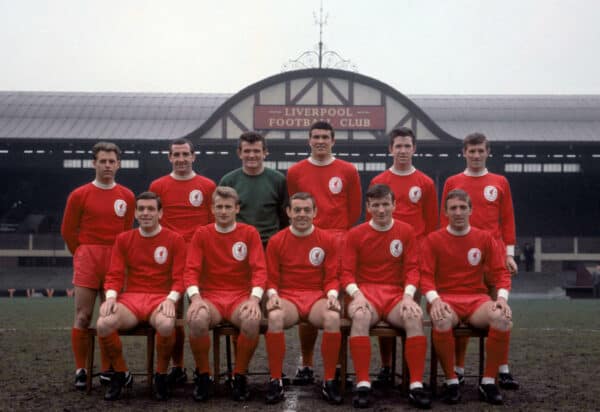 With the Shankly years at an end and Callaghan 15 years into his Reds career and now 34 years of age, he had already achieved more than most players his age could dream of, having been capped for his country and featuring in the 1966 World Cup-winning squad.

He already boasted three league titles, two FA Cups and a UEFA Cup and had surpassed the appearance record of his idol, Liddell.

If he had entertained thoughts of moving on at this point, he would undoubtedly have left the club as a legend, his name forever etched into Anfield folklore.

However, his time was far from over. Paisley would keep faith in the now-veteran midfielder and his trust would be repaid in full.

Callaghan would feature 57 times in the 1975/76 campaign that saw Liverpool win another league and UEFA Cup double, but things were about to get even better for the man who once watched the Reds from the terraces.

Paisley followed up the success of 1976 by retaining the league title in 1977 and reaching the FA Cup and European Cup final. No longer a guaranteed starter, Callaghan still made 48 appearances, which included a contribution from the bench in the defeat to Man United at Wembley and a starting berth at the Stadio Olimpico in Rome.

Liverpool lined up against Monchengladbach in the club’s first-ever European Cup final in 1977 and Callaghan would overcome his FA Cup final heartache, contributing to the 3-1 victory.

His Reds career would come to an end the following season, with his last appearance coming in the semi-final tie of Europe’s premier competition, and again the opponents were Monchengladbach.

Having lost the first leg 2-1 in Germany, Liverpool stormed to a 3-0 victory at Anfield to set up a second final in successive seasons and a chance to become the first English team to retain the trophy and become that promised “bastion of invincibility.”

Sadly though, having helped his team to reach the summit, Cally would miss out on a starting place in the final against Club Brugge at Wembley to Graeme Souness.

He would earn his second winners’ medal as an unused substitute.

He left Anfield in 1978 with a loan move to US team Fort Lauderdale Strikers, before joining John Toshack at Swansea City in the same year. There would also be spells at Canberra City, Cork United and Crewe Alexandra before he eventually ended his 22-year professional career in 1982.

Ian Callaghan wore the Liverbird on his chest 857 times, more than anyone ever has or ever will. He had served two of Liverpool’s most iconic and successful managers with distinction over 19 years and neither of them had a single second of doubt about his quality.

Shankly said this of him:

“Ian Callaghan is everything good that a man can be. No praise is too high for him. Words cannot do justice to the amount he has contributed to the game. Ian Callaghan will go down as one of the game’s truly great players.”

Callaghan was regarded by supporters and fellow professionals as a gentleman of the game, rarely ruffled and amazingly booked only once in his entire career. That came in the 1978 League Cup final replay at Old Trafford, which Liverpool lost by a single goal to Brian Clough’s Nottingham Forest.

I once asked Callaghan about his disciplinary record and he acknowledged that he had “got away with murder” at times, claiming he would have been booked every week if he played in today’s game.

In a fascinating insight into how he was viewed by fellow professionals, including rivals, he told me how Forest’s Peter Withe tried to persuade the referee not to book him. 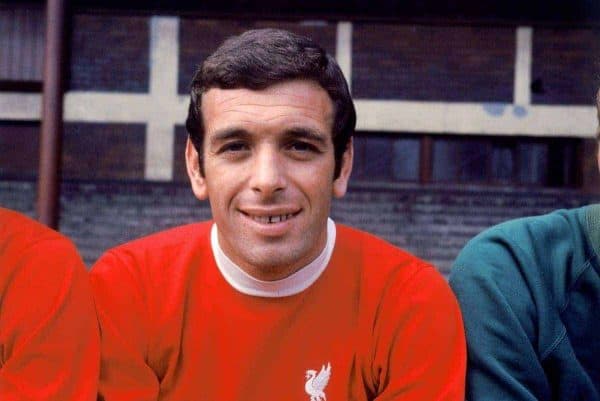 He remains a man deeply admired in the game and by everyone associated with Liverpool Football Club. However, it is the views of the men who managed him, some of the most knowledgable minds in the game that tell you all you need to know of the man.

In an interview with John Keith, published in the book On the Ball, Paisley would say the following:

“If every player in the game was like Ian Callaghan there would be no managers left, simply because they wouldn’t be needed. To call him a great professional doesn’t do him justice.

“In addition to his outstanding playing qualities, he never lost his temper, never got ruffled, never shouted the odds and never got carried away with anything.

“And if you add up all that you are left with a true role model, an example of what all youngsters should aspire to.

“I knew Ian from the time he joined Liverpool as an amateur in the 1950s when he trained twice a week at Melwood, and his character and personality never changed.

“He was the same then as he was on that wonderful night in Rome more than 20 years later when he was in the team that won the club’s first European Cup. As a man and a player, they come no greater than Ian Callaghan.”

There can surely be no greater accolade.