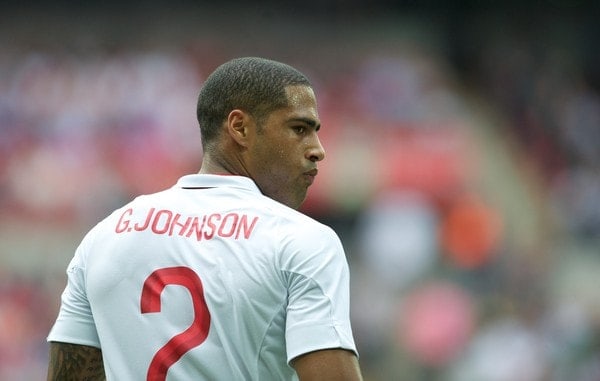 How did Liverpool’s England stars rate on a dismal night in Brazil?

Liverpool supertsar Luis Suarez inspired Uruguay to a 2-1 win over the Three Lions by scoring both goals, but how did the English Reds play? Henry Jackson (@OnFootballTweet) assesses their performances on a dark night for English football.

The 29-year-old was typically inconsistent all evening, much like his Liverpool form throughout the 2013/14 campaign. Too often he was slow and ponderous in possession, and his decision-making in key areas left a lot to be desired.

For Suarez’s first goal he allowed Edinson Cavani to cut onto his strong right foot far too easily, and he also let the Paris Saint-Germain striker ghost past him in the second-half too.

The Reds right-back did at least play a key role in Wayne Rooney’s equaliser, linking up well with Daniel Sturridge and crossing for the Manchester United man to finish from close-range.

The Liverpool and England captain endured one of his worst nights in a Three Lions shirt, just when his country really needed him to step up to the plate.

He struggled to impose himself on proceedings from start to finish, and his usually lethal set-piece delivery was inconsistent.

The 34-year-old lost out in a tackle in the middle of the park in the lead-up to Uruguay’s opener, and his poor attempt at a header -admittedly Phil Jagielka was more to blame- allowed Suarez to run in behind the England defence and fire his side to victory.

Since the infamous slip against Chelsea, it’s been a torturous month or two for the Reds legend.

Henderson was one of England’s better performers on a hugely disappointing, and despite being far from excellent, he played with a passion and desire lacking in others.

The 24-year-old showed a couple of decent bursts forward, and also did a lot of unnoticed dirty work in breaking up a number of Uruguay attacks.

His ball retention was erratic at times, however, and is a part of his game he needs to work on in future years.

The 19-year-old superstar was not as effective as in England’s opening game against Italy, but this was more to do with Roy Hodgson inexplicably moving him out wide after impressing so much in the ‘number 10’ role last Saturday.

Occasionally he showed a lack of experience by being caught in possession, but invariably he looked England’s most dangerous player with the ball at his feet.

He was replaced by Ross Barkley in the second-half, in a decision that seemed completely baffling. How did Danny Welbeck stay on instead?

Despite a good finish against Italy, the truth of the matter is that Sturridge has struggled to hit top gear for a few months now.

The 24-year-old was often guilty of failing to hold the ball up, and when he did he was invariably too greedy in possession.

His pace and unpredictability did at least make him look a threat, and he tested Uruguay goalkeeper Fernando Muslera twice with decent efforts.

The former Chelsea man did at least play a key part in England’s equaliser, showing great footwork and vision to set Johnson free down the right.

RICKIE LAMBERT (on for Henderson 87)

Who do you think was the best Liverpool player on the night? Let us know in the comments section below.