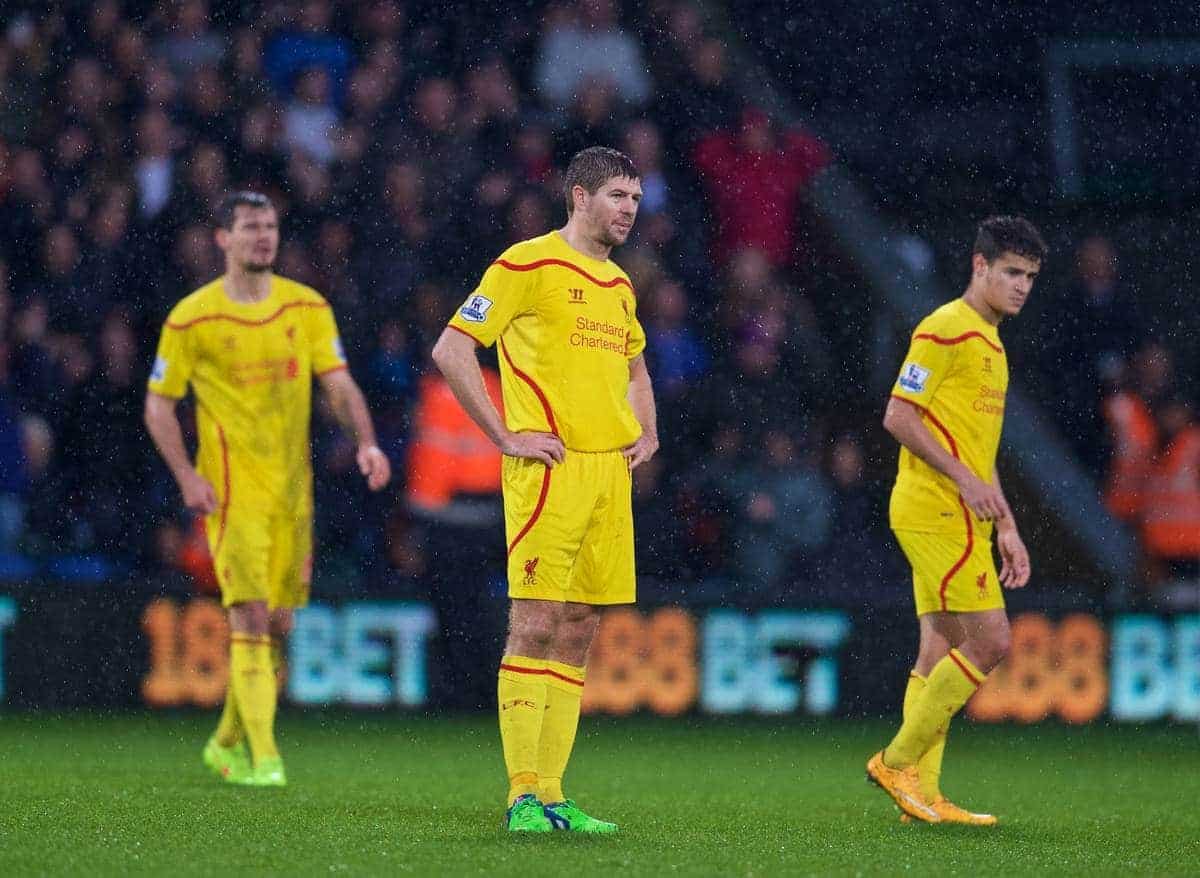 Former Liverpool defender Jamie Carragher has echoed what most Liverpool supporters have been saying for weeks – that Brendan Rodgers needs to change Steven Gerrard’s position.

Speaking on Sky Sports’ Monday Night Football, Carragher said “Over the years he’s had fantastic relationships with Owen, Torres, Suarez and Sturridge. He knows where they are where the balls going. He hasn’t got that at the moment with any of the strikers, Balotelli, Lambert, Borini.

“He’s not giving that creativity going forward, he’s getting man-marked. I think they’d be better off putting someone else there. This team needs protection. Stevie’s not a great protector of the defence. He’s in that position for diff reasons really.

“He’s not a Mascherano, he’s not going to give you much going forward (as it is), put a defensive player there, someone who will support the back four, keep a clean sheet.”

“Put Stevie further forward. There’s a lack of creativity in the team, Coutinho, Sterling, it’s not there.”

Do you agree with Carragher? Is it time Gerrard was played in a different role and Liverpool had a proper defensive midfielder?