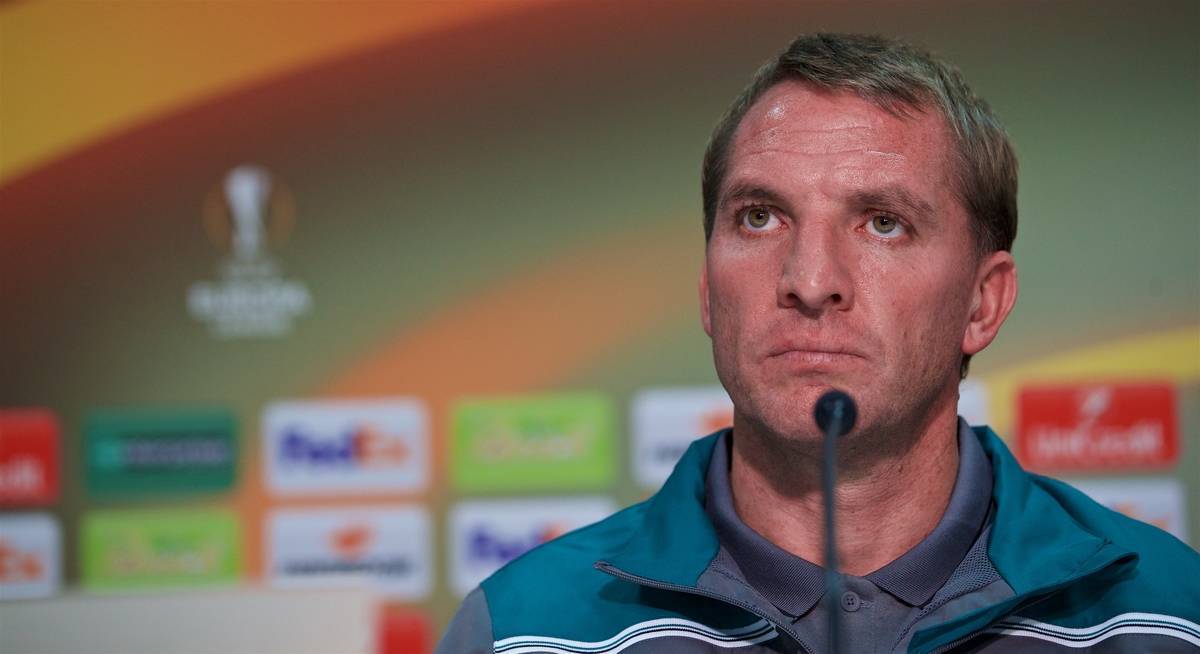 Liverpool manager Brendan Rodgers insists he is not under any greater pressure despite recent results but accepts he needs to find a way of re-implementing the principles which made his teams tick.

It is the manner of defeats – insipid performances against West Ham and Manchester United – not just the results which have brought increased criticism of the Northern Irishman.

Asked about the level of pressure, he said: “Same as it has ever been and probably what I’ve had for the last year or so.

“I don’t think it has increased at all. It is the pressure which comes with managing a great club.

“It says everything that you lose a couple of games and that pressure comes, but I’ve always embraced and enjoyed that.

“Nothing has changed in that way. I just need to concentrate on getting the team right.

“Pressure is something which is part and parcel of being manager of this club.”

Former professionals criticised, in particular, the performance at Old Trafford, which fell well below the standards expected in a match against their north-west rivals.

Many observers have remarked the current team is a pale imitation of a Rodgers’ team at their best, dominating possession and having a snappy passing game.

The team are struggling for goals and creativity and look a world away from the scintillating best they produced when almost winning the league two seasons ago.

“You can lose games but it is how you lose them and the last couple of games are not how you want to lose,” Rodgers said ahead of their Europa League opener in Bordeaux.

“I think it is good I have an identity as a coach and a way of working that is clear and I can see where any one making that comment would come from.

“I am confident we can get back to playing that way and it is something I along with the staff are working very hard to reinforce the principles of how we have worked here.”

Rodgers has left behind first-choice central-defensive pair Martin Skrtel and Dejan Lovren, right-back Nathaniel Clyne, midfielders Lucas Leiva and James Milner and striker Christian Benteke. However, he denies he is taking a gamble.

“My approach is what I did in this competition when I first came in: we played players who were needing games and it gives me a chance to look at some younger players and back then we finished top of the group,” added Rodgers, who confirmed Mamadou Sakho will make his first appearance of the season and striker Divock Origi his first start.

“We will pick a team to win the game. At this stage for me it is really about trying to get a performance level as consequently that will lead to us getting consistent results.

“Some players who I left behind will play (against Norwich on Sunday) but there will be players who play (on Thursday) who will play at the weekend and that opportunity is there.”

Midfielder Adam Lallana, back after a month out injured, admits it has been frustrating watching from the sidelines and seeing the side criticised. “I am a senior member of the team and I am delighted to be back,” he said.

“It is our job to play football and no matter how we do – good or bad – people are always going to have their opinions.

“At times it is best we just concentrate on doing our job and let people speculation as to whether it is good, bad or indifferent.

“We have to focus on our job and our next job is a tough game (on Thursday).

“We have to get a positive result and then it is a quick turnaround for the next Premier League game.

“We have to keep focusing on our job because at the end of the day that is all we can do.”

Bordeaux coach Willy Sagnol, whose side have had a similar start to Liverpool in their opening five matches, is taking nothing for granted despite Liverpool’s weakened squad.

“There are a number of Liverpool’s top-level players absent,” he said. “We do not change: our Benteke is missing – Cheick Diabate is injured (with a thigh strain).

“A good time to play Liverpool? When you are Bordeaux, I do not know if there is one.”