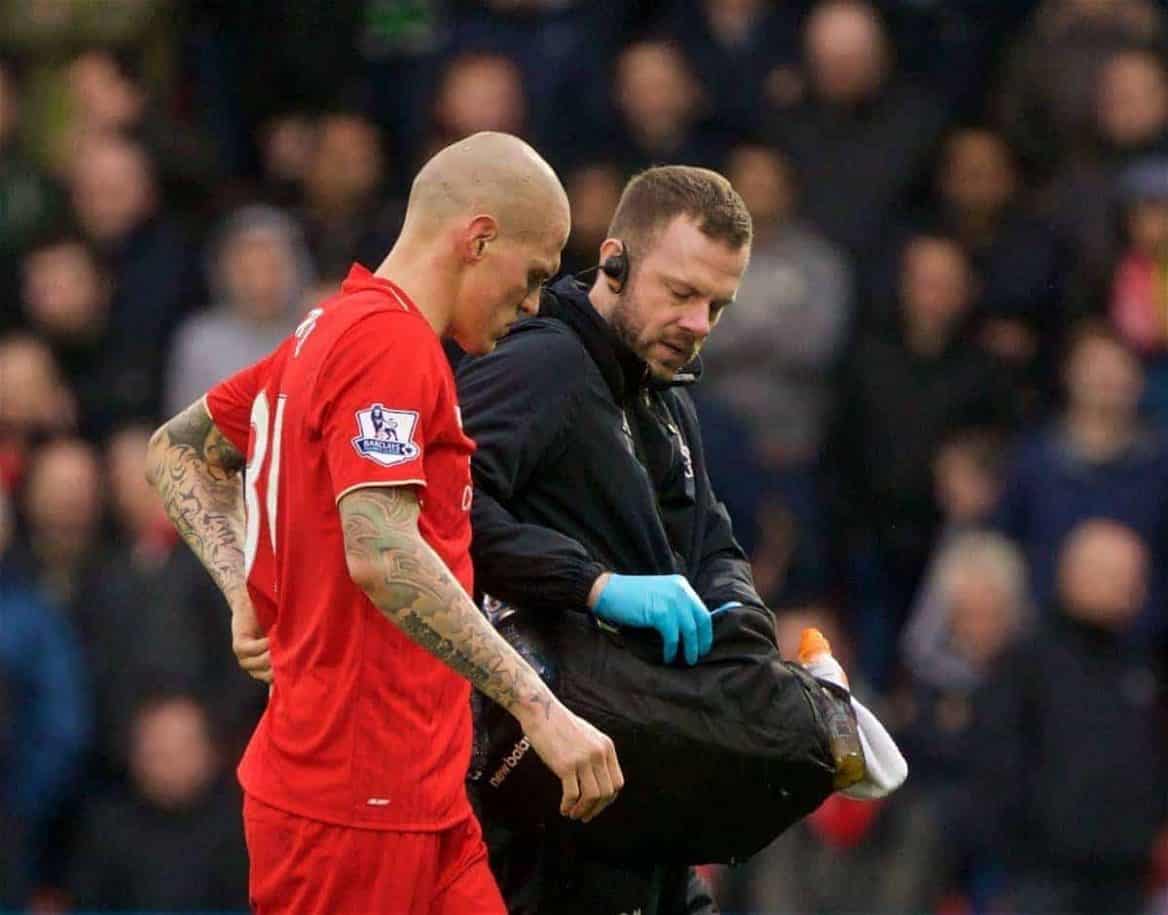 With news that Martin Skrtel could be set for a long spell on the sidelines, Liverpool manager Jurgen Klopp is reportedly lining up a January move for Schalke defender Joel Matip.

According to David Maddock of the Mirror, Skrtel may miss up to three months of action, after the Slovakian picked up a serious hamstring injury in the 3-0 defeat to Watford on Sunday.

It’s another injury blow to Klopp, with Dejan Lovren and Joe Gomez already on the sidelines, and Mamadou Sakho still rusty following a length lay-off.

Kolo Toure looks set to play a big part in Liverpool’s Christmas schedule, and while the Ivorian is a great character, it is far from ideal to have the 34-year-old featuring so prominently.

The Reds’ injury crisis has reportedly seen Klopp step up his interest in Matip, with Maddock claiming the 24-year-old may now arrive in January instead of the original plan to sign him on a pre-contract ahead of a summer move.

Matip’s contract expires at the end of the season and he could sign a pre-contract agreement in January, however, Liverpool could look to sign him earlier with a nominal bid.

Chris Bascombe of the Telegraph reports differently though, saying Matip would still likely not become a Liverpool player until the summer, should they acquire his signature.

This would seem a little baffling given Liverpool’s current shortage of centre-backs, with reinforcements at the back becoming more essential by the match.

Skrtel has received plenty of criticism for his role in the Reds’ consistently leaky defence in recent years, with the 31-year-old the only constant during that time.

It will be interesting to see how Liverpool fare without him, although it would be far more ideal were the previously in-form Lovren fit.

Klopp will be hoping Lovren can return to fitness fast, meaning a centre-back pairing of Lovren and Sakho for the festive fixtures against Leicester, Sunderland and West Ham.

Matip, meanwhile, is one of the most highly-rated centre-backs in the Bundesliga, and carries the kind of physical dominance that the Reds have lacked for so long. He can play as a right-sided centre-back, or a holding midfielder.