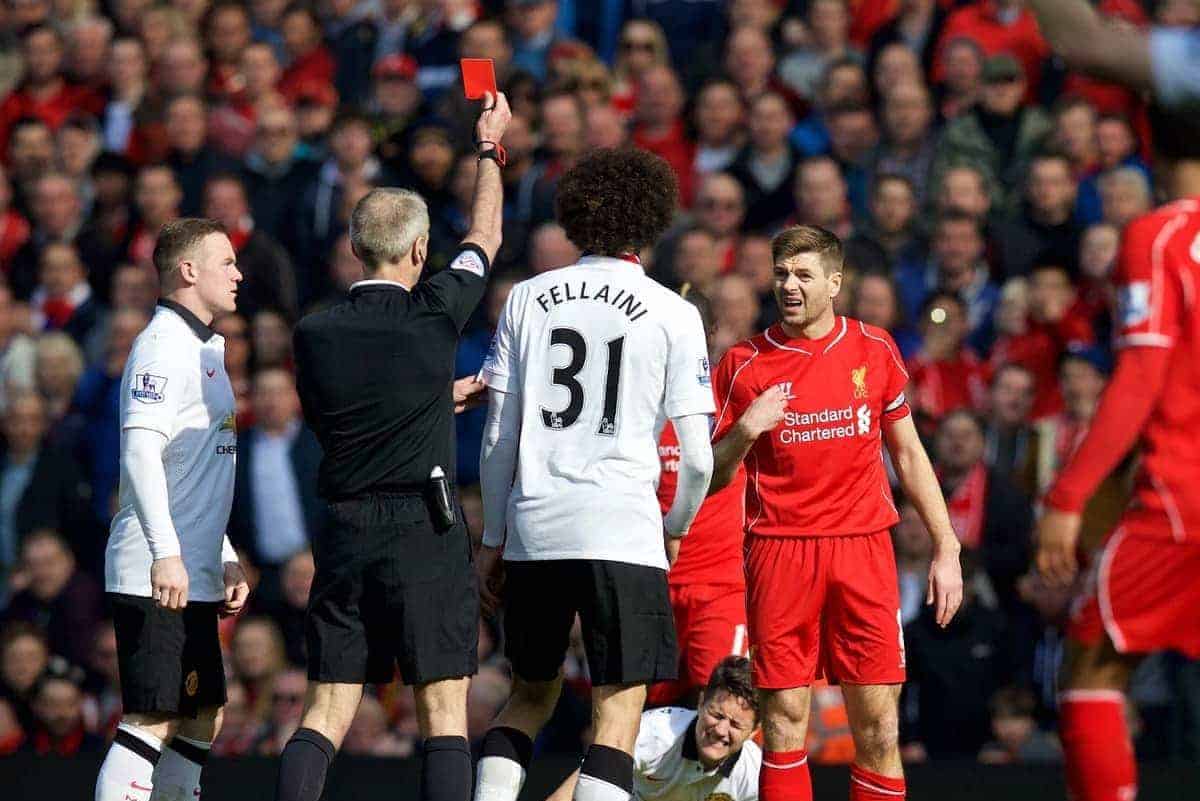 Ten more Premier League matches are on the horizon, and we make five bold predictions for the upcoming top-flight action.

We enjoyed some entertaining games in midweek, with the 3-3 draws between Liverpool and Arsenal, and Newcastle United and Manchester United, providing much of the drama.

The Premier League table is starting to take shape and the importance of games is increasing on a weekly basis.

There are key matches everywhere you look this weekend, with title, top-four and relegation battles all sure to be affected over the next few days, with new football accas available for fans.

Here are five predictions for matchday 22.

A Sending-Off at Anfield

Perhaps this isn’t the boldest of predictions, considering the history between Liverpool and Man United, but Sunday’s showdown will be affected by yet another sending-off in the fixture.

A red card is never far away.

It is a match that is sure to be full of passion and needle, and there is every chance that a bad tackle or an angry reaction could turn the game on its head one way or the other.

Whether it happens in minute one or minute 90, at least one Liverpool or United player will receive their marching orders at Anfield.

Defoe to Come Back to Haunt Spurs

Jermain Defoe may be 33 years of age, but he continues to score goals, at a relentless rate, at the highest level.

The former England international scored a hat-trick in Sunderland‘s 4-2 win at Swansea City on Wednesday, taking his total for the season to 12 in 18 games in all competitions.

Defoe is a Tottenham legend, having scored 143 times for the north Londoners, and he would love to find the net against his former employers on Saturday lunchtime.

Whether it has a bearing on the eventual result remains to be seen, but the master poacher will add to his impressive 2015/16 tally at White Hart Lane.

Aston Villa finally registered their first home league win of the season on Tuesday, with Remi Garde’s side edging out Crystal Palace 1-0.

Villa welcome a Leicester City team fresh off the back of a hugely impressive win at Spurs, and the relegation favourites will have their work cut out.

The Foxes continue to prove many people wrong, and their attacking firepower is likely to cause real problems to the home side’s defence.

Although Villa’s victory has given them a much-needed new lease of life, they will come crashing back down to earth at the hands of Riyad Mahrez, Jamie Vardy and the rest of Leicester‘s high-flyers.

Supporting Manchester City must be a hugely frustrating experience.

Player for player, they are comfortably the best team in the Premier League, but too often a lack of team ethic and ruthlessness can be their downfall.

City’s goalless draw at home to Everton on Wednesday was a blow to their title chances – they were fortunate that Joe Allen’s late strike robbed Arsenal of three points – and a response is needed at home to Crystal Palace.

Alan Pardew’s men are a very dangerous away team on their day – their defeat to Villa was a rare blip – with their speed on the counter-attack a match for anyone.

Manuel Pellegrini will be desperate for his players to improve upon their midweek showing, but they will once again fail to pick up a victory at home. A draw seems likely.

It feels a long, long time ago that Eden Hazard was ripping defences to shreds, and deservedly winning the 2014/15 PFA Player of the Year award.

The Belgian has endured a woeful campaign to date, incredibly failing to score in 25 appearances, and he has looked woefully short of quality and confidence.

Hazard is far too good a player to keep playing so poorly, though, and eventually someone will feel the force of the dazzling winger.

It will be Everton who are the first to concede to a Hazard goal this season, with the 25-year-old finding the back of the net against them at Stamford Bridge.