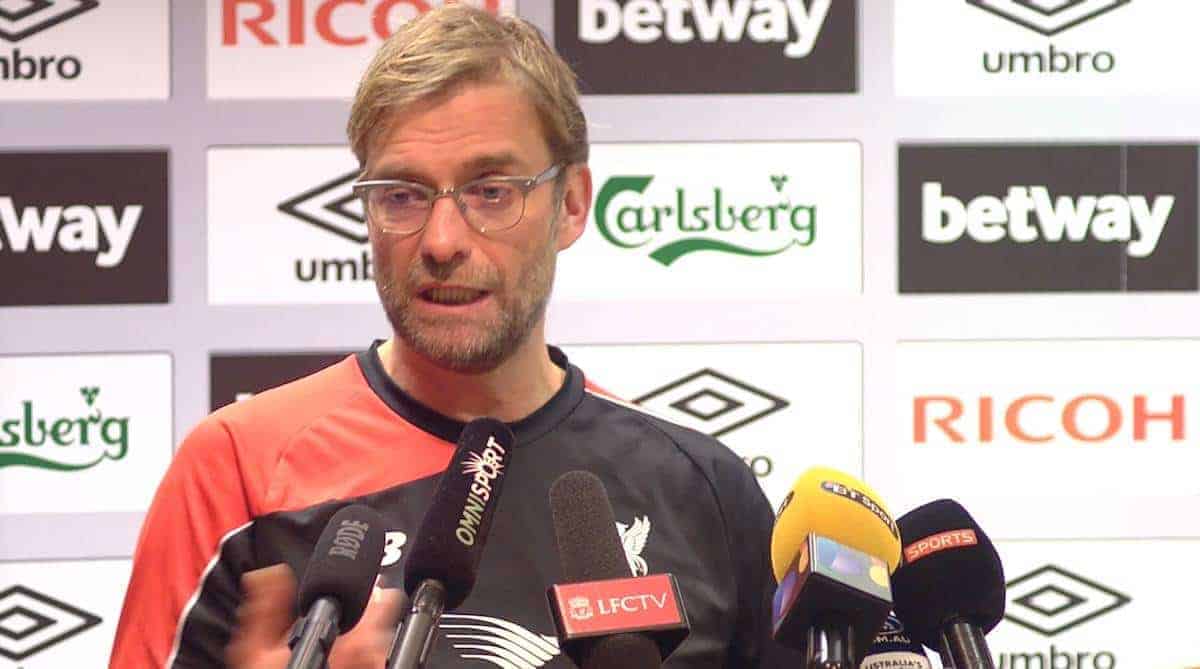 Watch Liverpool boss Jurgen Klopp react to another defeat and another disappointing performance as the Reds lost 2-0 at West Ham.

The visibly angry manager bemoaned his side’s lack of effort, and for allowing crosses for a side that had Andy Carroll – who scored the second goal, against his former club – up front.

“I am really angry about myself,” added the manager.