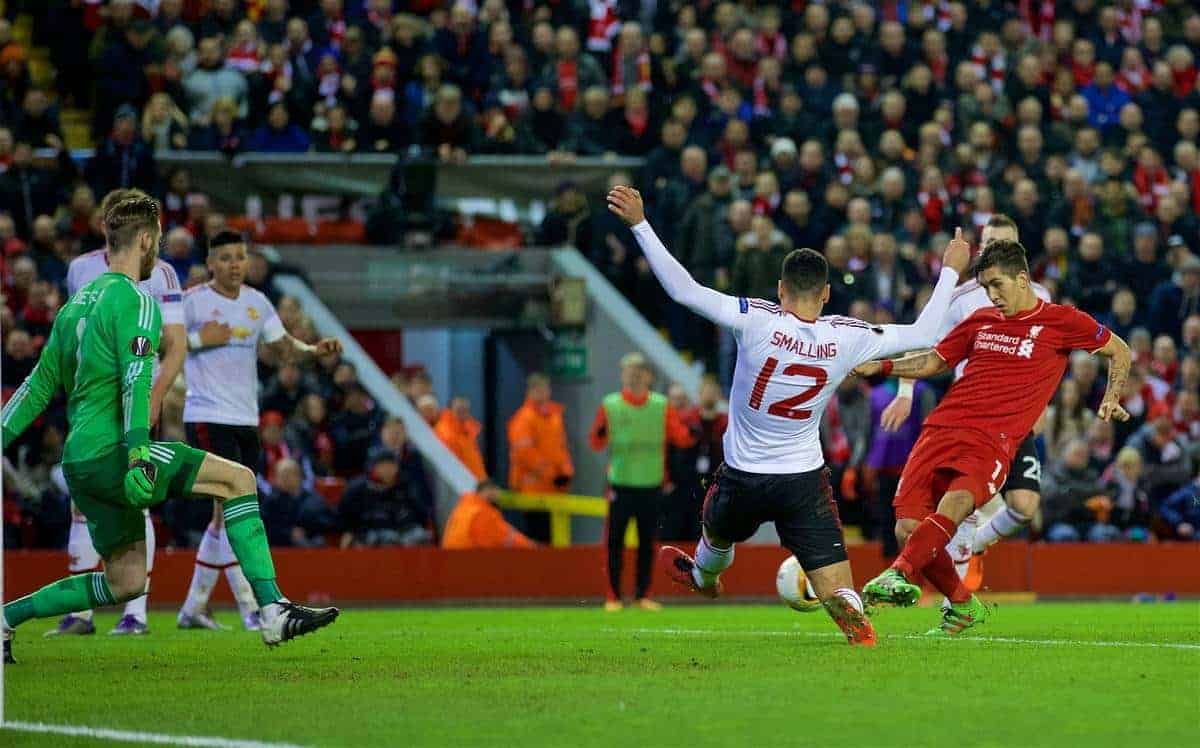 Goals from Firmino and Daniel Sturridge sealed a comfortable lead for the Reds heading into next week’s second leg, with United struggling to gain momentum in an emphatic Anfield atmosphere.

Lallana laid on Firmino’s goal, Liverpool’s second of the night, in an impressive display dovetailing with the Brazilian in Jurgen Klopp‘s 4-2-3-1.

With supporters rating Klopp’s Reds after the game, Firmino and Lallana stood out as joint Man of the Match candidates.

Both currently hold a rating of 8.5, underlining their importance to Liverpool’s victory.

Just behind the duo is This is Anfield’s own choice for Man of the Match, Nathaniel Clyne, with the right-back rated at 8.4, following a powerful, all-round performance, shining both in defence and attack.

It was Clyne’s bursting run that saw Liverpool awarded a penalty in the first half at Anfield, with the 24-year-old dragged back by Memphis Depay.

Sturridge was on hand to convert the spot-kick and put the Reds 1-0 up, but offering little else compared to his team-mates, the No. 15 is rated the lowest from Klopp’s side, at 6.5.

In fact, only two other players to start on Thursday night hold a rating of lower than 7.0, in Simon Mignolet (6.7) and Jordan Henderson (6.8).

Beyond Firmino, Lallana and Clyne, Emre Can is rated the highest, with 7.7, while defenders Alberto Moreno (7.2), Mamadou Sakho (7.2) and Dejan Lovren (7.4) also impressed.

Sunday’s 2-1 comeback win away to Crystal Palace saw Liverpool’s starting lineup average a rating of 6.4, but in this latest victory, this rises to 7.5.