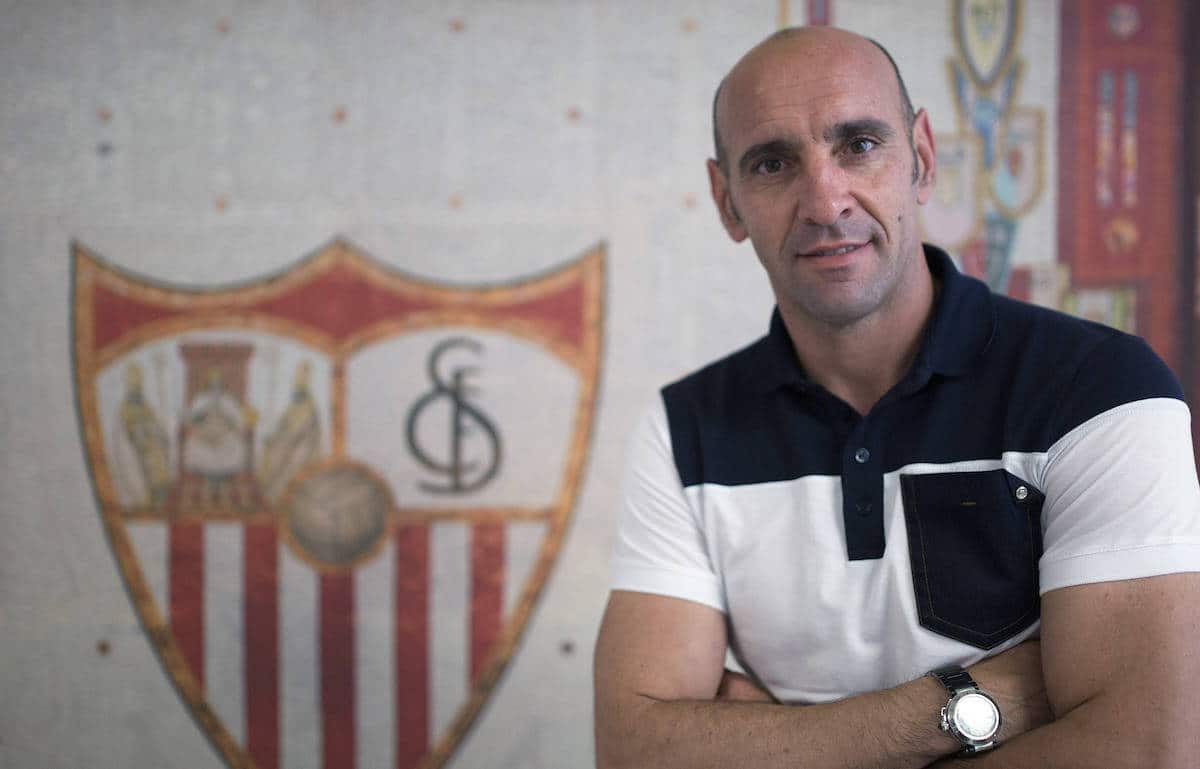 Celebrated transfer mastermind Monchi is reportedly set to leave Sevilla, leading to speculation linking the Spaniard with a move to Liverpool.

Monchi has spent close to three decades with the Spanish side, first as a player and then transitioning into the role of director of football.

The 47-year-old has proved hugely successful in terms of recruitment, with Sevilla enjoying consistent success in the transfer market, despite regular high-profile departures.

It would be a major blow, therefore, if reports from Spanish newspaper Marca are true, as they claim Monchi will leave the club this summer.

His decision is said to be based on “personal reasons,” with the former goalkeeper informing club officials on Monday night, ending his contract a year early.

Perhaps optimistically, this has led to some sections of the Liverpool support calling for the Reds to appoint Monchi in a similar role.

This could see Monchi take over from the departing Ian Ayre, with the current Reds CEO set to leave at the end of the 2016/17 campaign.

The prospect of Monchi working with Jurgen Klopp is an attractive one, and with the German operating in a similar setup at Borussia Dortmund, it is likely he would be comfortable with the switch.

Furthermore, Monchi is fluent in English, having spent six months living in London to learn the language as a means to improve negotiations with Premier League clubs.

Klopp has showcased a decisive approach to the transfer market in his short spell with Liverpool so far, signing Loris Karius, Joel Matip and Marko Grujic for a combined £9.8 million.

But the addition of Monchi, a master of talent identification and value extraction, would elevate the Reds’ operation further.

This would align with Fenway Sports Group’s ideal recruitment model at Liverpool, and while there is no indication as of yet that Monchi will join the Reds, it would be a great move.