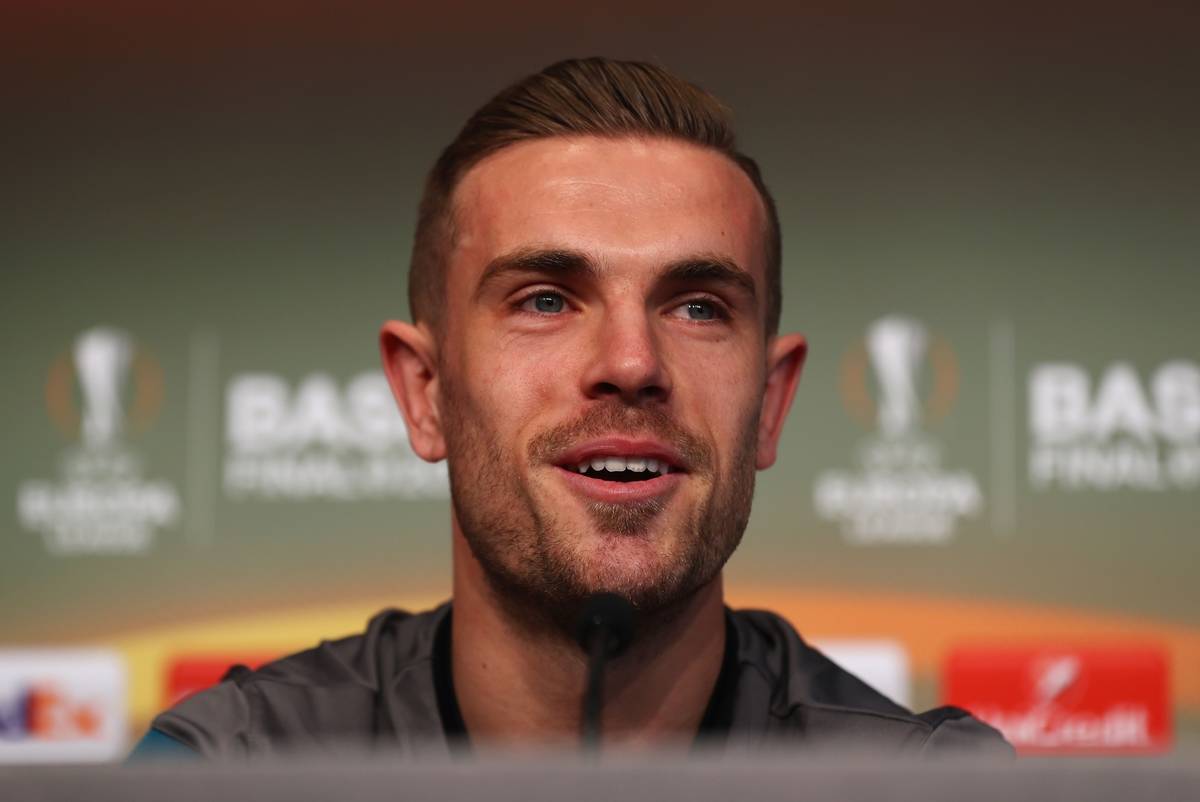 After returning from injury in Sunday’s 1-1 draw with West Brom, Jordan Henderson is hoping to appear in the Europa League final on Wednesday.

The Reds’ captain recovered from a knee injury to take part in Liverpool’s last league game of the season at the Hawthorns, coming on as a second-half substitute to replace Joe Allen.

Producing a strong cameo in the Reds’ midfield, Henderson looked to prove his fitness to his manager.

Now with a Europa League final clash with Sevilla to come on Wednesday night, Henderson is hoping to feature.

Though he said he doesn’t “expect to start,” he emphasise that he was in great condition.

“I feel good, and I’ll play as long as the boss wants me to.

“I don’t expect to start, but I feel good, and hopefully I’ve been okay in training, okay in the game the other day.”

Henderson was joined by Klopp and his vice-captain James Milner for the press conference, and the Liverpool manager was asked about the fitness of one of his other returning players.

Like Henderson, Divock Origi was initially ruled out for the season with an ankle injury sustained in April’s Merseyside derby, but the Belgian striker has since recovered and is poised to take a place on the substitutes’ bench in St. Jakob-Park.

Asked about a possible role for Origi against Sevilla, Klopp stressed that it would depend on his performance in training on Tuesday evening.

“We will see,” he explained, giving no clear indication whether Origi would feature.

“We have another session, he did well in the last two sessions.

“We will see how he feels and we will make a decision about this.”

Whether Origi is passed fit to take part remains to be seen, but in all likelihood both Henderson and his 20-year-old team-mate will be included for what is a must-win clash for the Reds.

Henderson described the Europa League final as “everything you dream of as a young boy,” and no doubt Origi would echo this sentiment.

For Klopp to be able to call upon this determined duo is a big boost, as the Liverpool squad continues to improve as they push for Europa League glory.