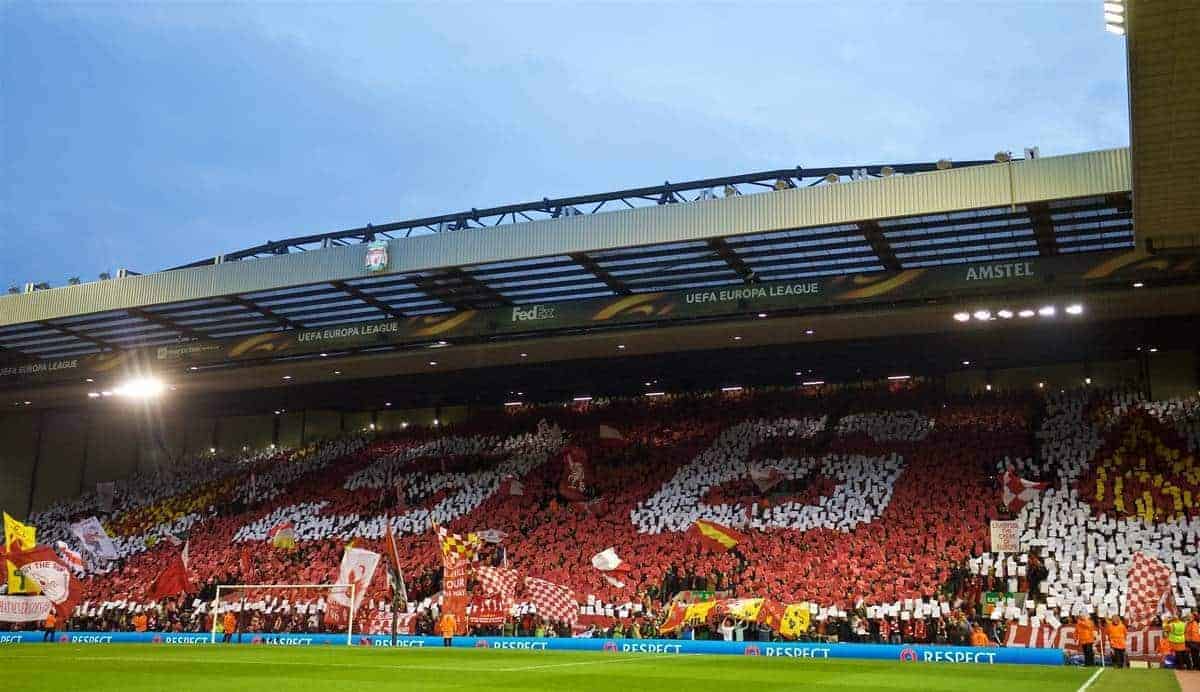 Supporters from Liverpool FC and Borussia Dortmund have been nominated for a new FIFA Fan Award that recognises an outstanding fan moment or gesture from 2016.

Both sets of fans have been nominated for their display of solidarity prior to their UEFA Europa League quarter-final clash at Anfield on 14th April 2016.

The day after the fixture marked the 27th Anniversary of the Hillsborough disaster and prior to kick-off supporters put their rivalry aside and collectively sang their respective adopted anthem “You’ll Never Walk Alone”. This moving rendition echoed around the stadium and brought both sets of fans together for a few minutes.

The Reds’ memorable fixture against Borussia Dortmund is in the running for the award alongside France’s 5-2 win against Iceland in the UEFA 2016 quarter final on 3rd July 2016 and Feyenoord’s 3-1 win over ADO Den Haag in the Dutch Eredivisie on 11 September 2016.

The new award, recognising an outstanding fan moment or gesture from the calendar year 2016, will be presented at FIFA’s Best Football Awards ceremony on Monday 9th January in Zurich.

To find out more about the FIFA Fan Award 2017 and to vote please visit http://www.fifa.com/the-best-fifa-football-awards/fan-award/index.html. Voting is open until Monday 9th January.