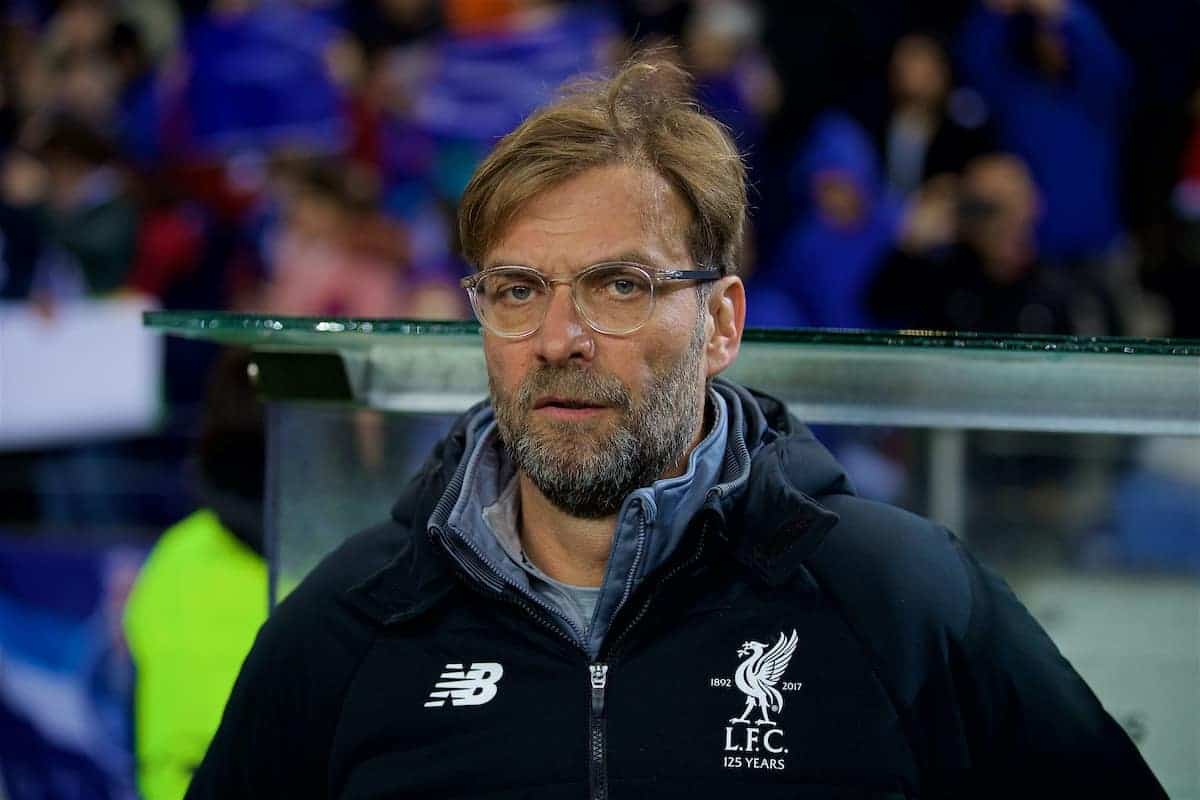 Jurgen Klopp believes the heavy rotation he made to Liverpool’s starting lineup throughout winter means he can now play his best side every game.

The Reds are currently enjoying a short break in Marbella, spending four days after Wednesday night’s 5-0 win over Porto training in the Andalusian sun.

Returning to Merseyside next week to prepare for the visit of West Ham, Klopp’s side should be recharged and prepared for another busy period.

Between that Anfield clash and the March international break Liverpool play five games in 22 days, averaging one every 4.4 days, similar to their congested period in November and December (4.1).

Their schedule is certainly less intense, particularly given they now have one foot in the quarter-finals of the Champions League, but winning every game is crucial.

And speaking to LiverpoolFC.com in Spain, Klopp insisted the changes between games throughout winter has ensured his squad remains fresh.

“We made our rotation in the winter—in November and December—to be now 100 percent fit,” he said.

“Now we are 100 percent fit the best players will play all the time.”

Klopp highlighted the likes of Adam Lallana, Danny Ings, Dominic Solanke and Ragnar Klavan as options over the coming months, and insisted “we need all of these players.”

But explaining that “it’s not that I think now we will rotate before or after,” he revealed a change of tack, insisting now: “We go for everything.” Liverpool have been handed one of their easier run-ins in recent years, with six of their final 11 games in the league coming at home and only four against sides currently in the top 10.

However if they progress to the next stage in Europe, as expected, their fixture list will expand to incorporate at least two more high-stakes games.

Fortunately, despite the sale of Philippe Coutinho to Barcelona, the loan of Daniel Sturridge to West Brom and the decision not to make any attacking signings in January, Klopp still has a strong squad.

The prospect of fielding the same side in every game between now and May is highly unlikely, and Klopp may even opt to rest players against Porto on March 6.

But the key aspect of his recent comments is how there is no longer a need to omit players to avoid burnout, instead altering his side to suit tactical demands.

The likes of Klavan, Lallana, Ings, Solanke and Ben Woodburn may still be given game time in the coming weeks, but don’t expect to see many more left-field selections from Klopp.