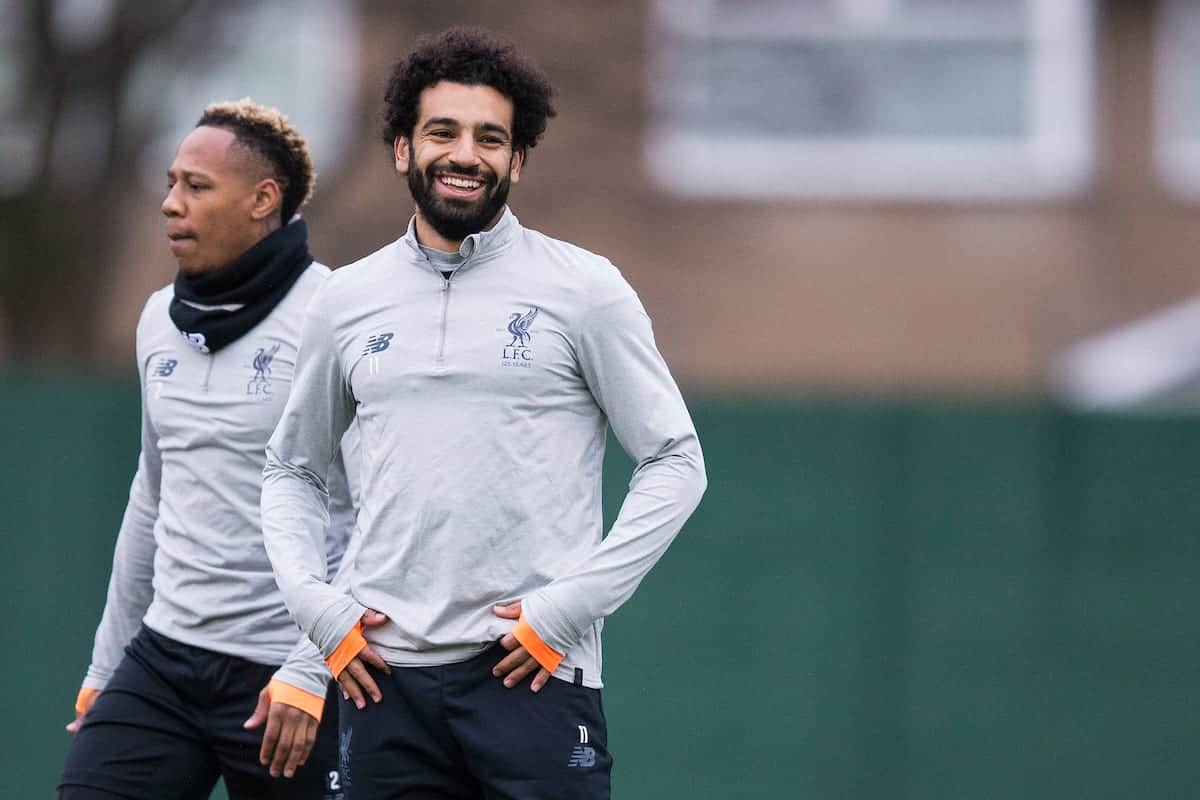 Liverpool were put through their paces at Melwood ahead of Tuesday night’s Champions League last-16 second-leg clash with Porto at Anfield.

The Reds have one foot in the quarter-finals of Europe’s elite club tournament, but still need to get through another 90 minutes against their Portuguese opponents to ensure their place.

Having won 5-0 in the first leg at the Estadio do Dragao, Jurgen Klopp‘s side will have been in confident spirits as they trained on Monday evening. Klopp was boosted by the return of both Georginio Wijnaldum and Ben Woodburn from illness, though there was no sign of Danny Ward or Andrew Robertson. The manager oversaw light training under vastly improved conditions after last week’s snow, with the majority of his squad still recovering from Saturday’s 2-0 win over Newcastle United. Klopp is likely to make a host of changes from that victory at Anfield, with James Milner, Adam Lallana and Danny Ings among those pushing for a start. Mohamed Salah should be rested, however, with the Egyptian’s pace and goalscoring talents better saved for future games. Nathaniel Clyne was also part of preparations, with the right-back working his way back to full fitness after seven months out with hamstring and back injuries. Speaking earlier in the day, Klopp stressed that he expects Porto to “want to show a real reaction [and] hurt us in a football way.” After Tuesday’s tie, the Reds are next in action away to Man United in the Premier League on Saturday, in a clash that could have major ramifications on the race for a top-four finish.