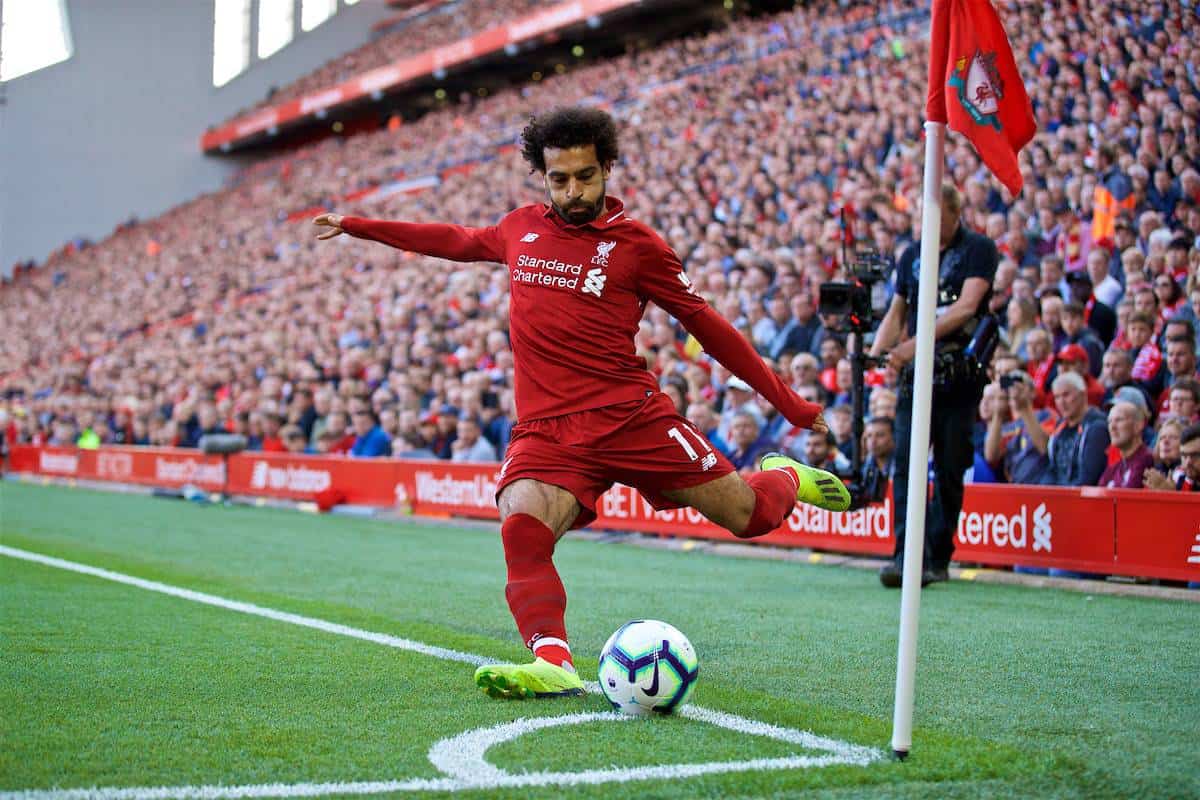 Liverpool were not at their best in Saturday’s clash with Brighton, but as Jurgen Klopp explained a 1-0 win was “it was the best we could get” in a tough game.

The Reds took another three points by virtue of a solitary Mohamed Salah goal, with the result only the 14th of its kind in Klopp’s reign so far.

Fortunately they passed this, and are being backed as convincing title contenders as their 100 percent record in the Premier League extends to three games.

While Salah was the scorer, Klopp’s forward line were far from fully functional, with the likes of Trent Alexander-Arnold, Georginio Wijnaldum and James Milner more impressive.

But how did journalists, statisticians and fans gauge the Reds’ latest win?

Below we compare our ratings with those of the Liverpool Echo, the Independent, Sky Sports, ESPN, The Anfield Wrap, WhoScored and the This is Anfield readers: 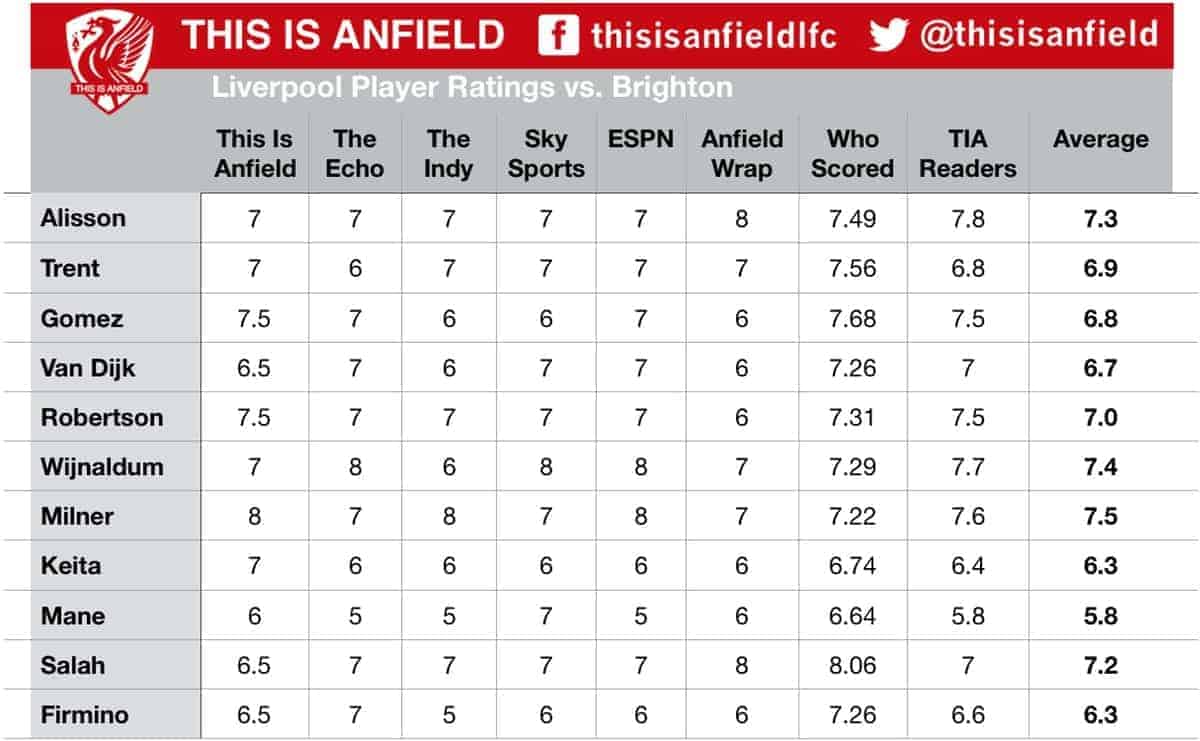 Continuing their excellent start to the season, Milner (7.5) and Wijnaldum (7.4) averaged the highest ratings of any of Liverpool’s starting lineup.

Both received three eight-out-of-10s, with Milner earning This is Anfield’s Man of the Match award, as Henry Jackson concluded “there was no more influential player on the pitch.”

Similarly noteworthy was the performance of Alisson (7.3), with the Brazilian garnering widespread praise—he and Milner were the only players to not be rated below a seven out of 10 by any publication.

Salah (7.2) stood out with his decisive finish, and ESPN’s Dave Usher mused: “Imagine what he’ll do when he hits his stride again.”

Beyond Andy Robertson (7.0), the majority of the side were given average ratings, but Sadio Mane (5.8) stands out as the worst of Klopp’s selection.

“Was given very little space around the Brighton penalty area and [was] unable to get to the grass behind the Liverpool defence,” wrote the Independent of the No. 10.

Statistically, Salah was Liverpool’s best player on Saturday, and his six key passes were the key factor behind this—the entire Brighton side made just four overall.

For the This is Anfield readers, Alisson was the standout, likely earning further praise for his calm approach at the back.

This was encapsulated in his cool chip over the advancing Anthony Knockaert, which Klopp described as “not too cool for a manager,” but for supporters it was a joy to see.

The manager will be hoping for less dramatics from his goalkeeper in the future, but while Liverpool can certainly perform better he will no doubt be content with more 1-0 victories this season.