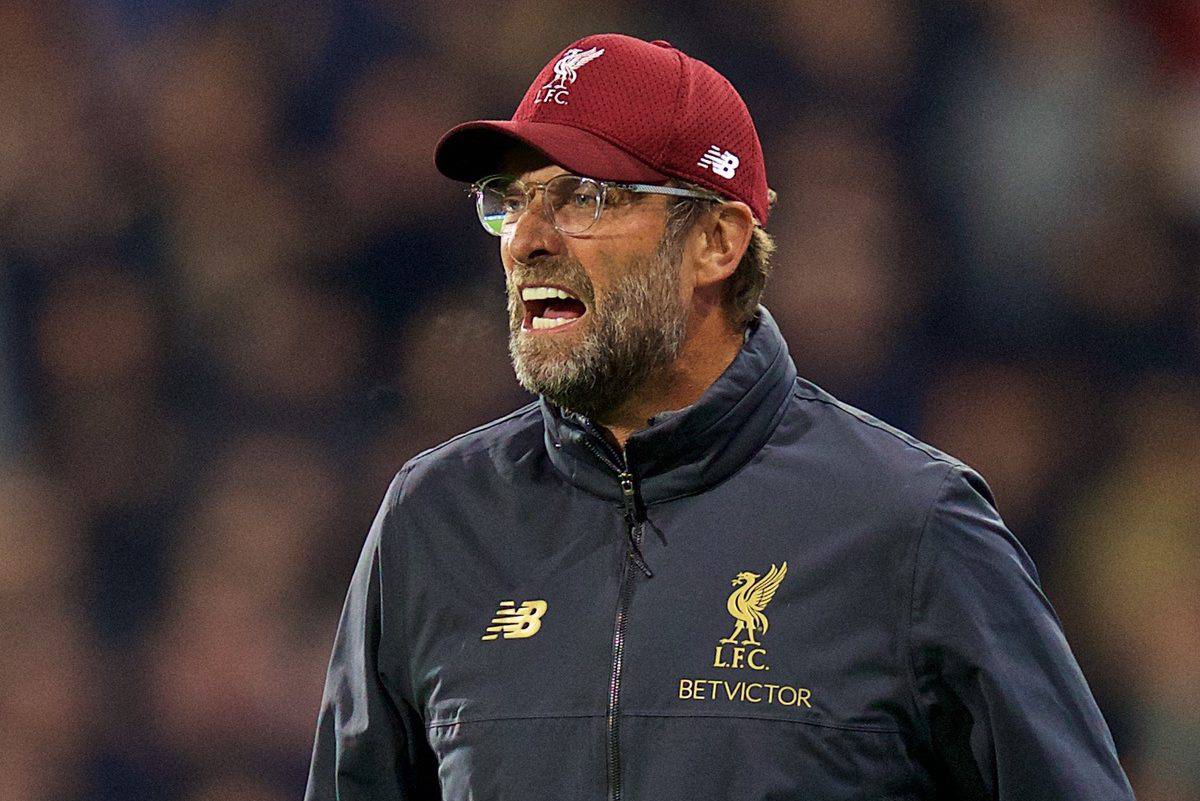 Liverpool and Arsenal meet in an enticing Premier League encounter at the Emirates on Saturday evening, in another major test of the Reds’ mettle.

After a slight wobble before the international break, Jurgen Klopp‘s side have won three matches on the bounce in all competitions.

Last weekend’s 4-1 victory at home to Cardiff City was a positive outing, with further signs that the attack is beginning to spark again.

It may not have been convincing for the whole 90 minutes, but in years gone by Liverpool would likely have ended up gifting their opponents a point from nowhere.

After having to break down a Cardiff team who managed just 20 per cent possession, the Reds face a very different challenge at the Emirates.

Arsenal are a team full of confidence, having won 12 and drawn one of their last 13 games and Unai Emery is impressing as manager. 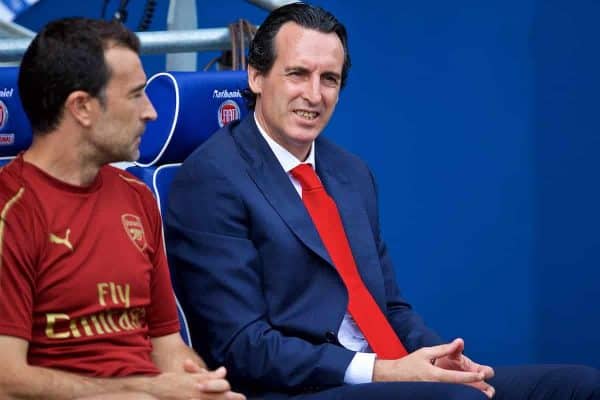 In Pierre-Emerick Aubameyang, Alexandre Lacazette and Mesut Ozil they have players capable of hurting any side, while others such as Rob Holding, Lucas Torreira, Granit Xhaka and Alex Iwobi are thriving, too.

There appears to be a more steely edge about them than under Arsene Wenger, although Klopp will believe his attack can have the beating of their defence.

Clashes between Liverpool and Arsenal are often thrilling and it is difficult to see this one being much different.

With Man City looking like winning every game at the moment, the Reds cannot afford many dropped points, only adding to Saturday’s level of importance.

It is a tough test, but one Klopp’s men are good enough to pass with flying colours.

Jordan Henderson and Naby Keita remain the only absentees, with the midfield pair still struggling with hamstring injuries.

Liverpool have had a rare midweek off, so the players should be primed ahead of Saturday’s crucial game.

Trent Alexander-Arnold could make way for Dejan Lovren, should Klopp decide to shift Joe Gomez to right-back, making his side more robust against a strong Arsenal side.

Fabinho will keep his place as he continues to grow in a Reds shirt, with Gini Wijnaldum and, potentially, James Milner accompanying the Brazilian in midfield.

Xherdan Shaqiri is pushing hard for a start having impressed against Cardiff, scoring his first Liverpool goal, but he is likely to be used as an impact substitute.

The front three of Mohamed Salah, Sadio Mane and Roberto Firmino are all available and should be confident, having scored eight goals between them in the last three matches.

Salah has an inflammation of the tendon in his wrist but has been passed fit.

Arsenal have a possible defensive crisis heading into the meeting, with Laurent Koscielny and Dinos Mavropanos out, while Hector Bellerin, Sead Kolasinac and Nacho Monreal all doubts.

That could mean Xhaha plays at left-back—something Salah will relish, should he start on the right-hand side of a front three.

Mohamed Elneny is also injured, meaning he misses out on taking on compatriot Salah, while Matteo Guendouzi is suspended after being sent-off in Wednesday’s League Cup victory over Blackpool.

Last 5 away to Arsenal (All Competitions) 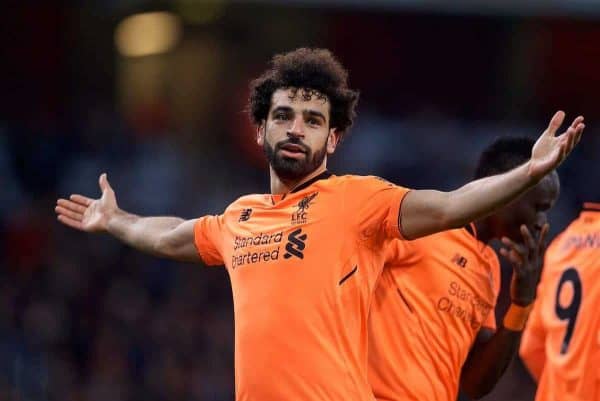 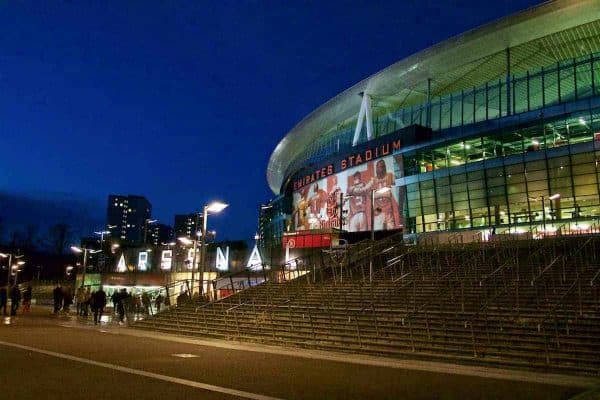 One piece of advice for visiting fans: “Be prepared for defeat. As terrible as we were in the league last season, we had the joint-best home record in the league and we need to maintain this.” 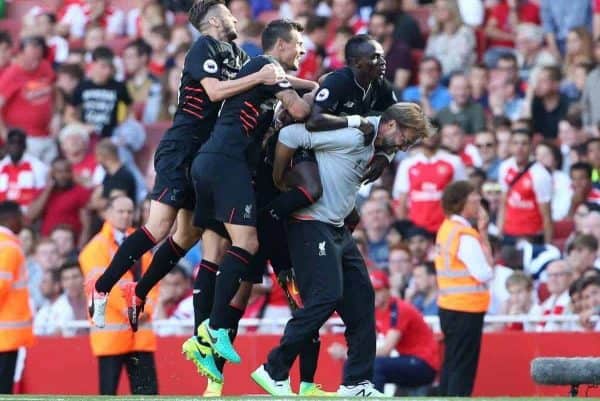 There have been 27 goals in the last five Premier League meetings between Liverpool and Arsenal, highlighting why it is arguably English football’s most exciting fixture.

The relentless run of goalscoring clashes started with a 3-3 draw at Anfield in January 2016, with Joe Allen scoring a last-gasp equaliser for the Reds.

Klopp’s men won 4-3 at the Emirates on the opening weekend of 2016/17, thanks in part to Mane scoring a stunner on his debut, before a more straightforward 3-1 victory at Anfield in March 2017.

Last season, Liverpool romped to a 4-0 success on Merseyside in August, before a thrilling 3-3 draw in north London just before Christmas, in which Firmino earned his side a point after they had squandered a 2-0 lead.

Speaking at Melwood on Friday morning, Klopp said he was content with Liverpool’s start to the season:

“My assessment is so far, so good.

“A quarter of the season gone, that’s nothing. We have not done anything special, only what we have expected from us.

“We did what we had to do. As long as majority of the boys are fit, we have a really good football team.”

Chris Williams is in the chair for This is Anfield’s live blog, keeping you entertained and up-to-date with events at the Emirates.