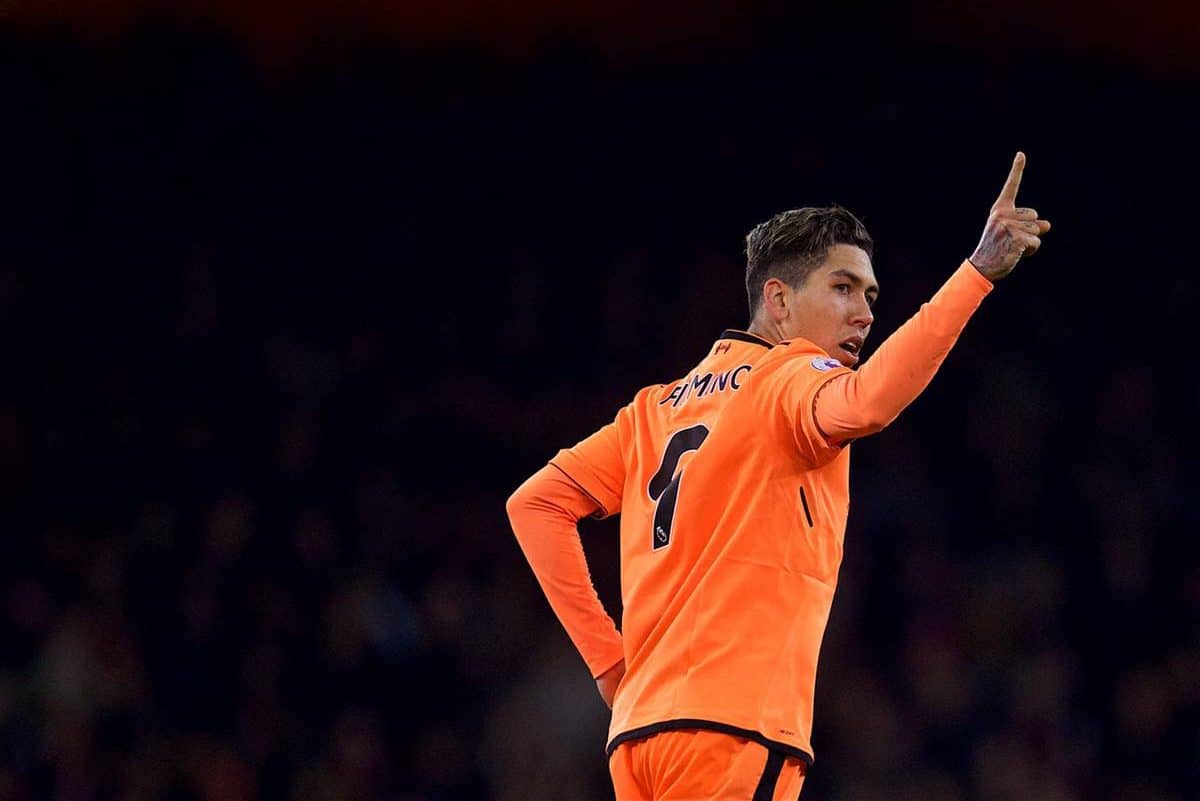 Liverpool and Arsenal played out a stunning 3-3 draw on Friday evening, as the Reds blew a two-goal lead but then salvaged a late draw.

Jurgen Klopp made two alterations to the team that beat Bournemouth 4-0 away last Sunday, with Emre Can and Sadio Mane coming in for Gini Wijnaldum and Alex Oxlade-Chamberlain.

That meant Liverpool’s much-praised ‘Fab Four’ all started at the Emirates, with Mane under scrutiny a little following some below-par recent displays.

Jordan Henderson joined Can and Coutinho in midfield, while the Reds’ fit first-choice defence of Joe Gomez, Dejan Lovren, Ragnar Klavan and Andrew Robertson were all in the team.

Mesut Ozil, Alexis Sanchez and Alexandre Lacazette were all involved for the hosts—an attacking trio capable of hurting any team in Europe on its day.

The game started at a predictably frenetic pace, and it was Arsenal who arguably settled the quicker of the two sides.

Henderson left the field with just 10 minutes on the clock, with the skipper looking to be hampered by a hamstring problem. James Milner replaced him.

A neat move involving Coutinho and Robertson saw the latter play in a dangerous low cross, but Laurent Koscielny did well to clear the danger.

Firmino was denied by Petr Cech with a back-post header and then narrowly missed the target, as the Reds started to boss proceedings in north London.

In the 26th minute, Liverpool’s good performance paid dividends, as Coutinho looped home a header after Salah’s cross deflected into his path.

It was his 11th goal of the season, and the 16th he has been involved in his last nine away games.

Firmino bent a superb effort just over the bar shortly after, as Klopp’s men looked to go for the kill against the struggling hosts.

Salah had wonderful chance to score his 21st of the campaign after being sent clean through, but Cech made the save. Mane then acrobatically volleyed over from the rebound.

It had been a thrilling first half, but the Reds missed some unbelievable opportunities to double their lead.

Salah was denied by Cech after a blistering breakaway with Mane, as the second period started in similarly relentless fashion.

The Egyptian didn’t have to longer much to find the net, however, as he finished via a deflection to send Liverpool into dreamland.

Frustratingly, Arsenal got a goal back straight away, with Sanchez heading home after a dreadful defensive lapse by Gomez.

It was then 2-2 just minutes later, after Granit Xhaka’s long-range effort flew past the woeful effort of Simon Mignolet.

Groundhog Day for the Reds, as yet more defensive errors proved costly.

A galling slip for Liverpool was complete when Ozil dinked an effort over Mignolet, as an astonishing turnaround was complete.

Firmino made it 3-3 with 20 minutes left, as a quite ridiculous game of football continued, with the ball just making its way into the net after Cech had done his best to keep it out.

The final exchanges were full of tension, tired legs and half-chances, but in the end both Liverpool and Arsenal had to settle for a point apiece.

That’s now 27 goals in the last five meetings. and given the way the match panned out, both Klopp and Arsene Wenger will probably just about take it.