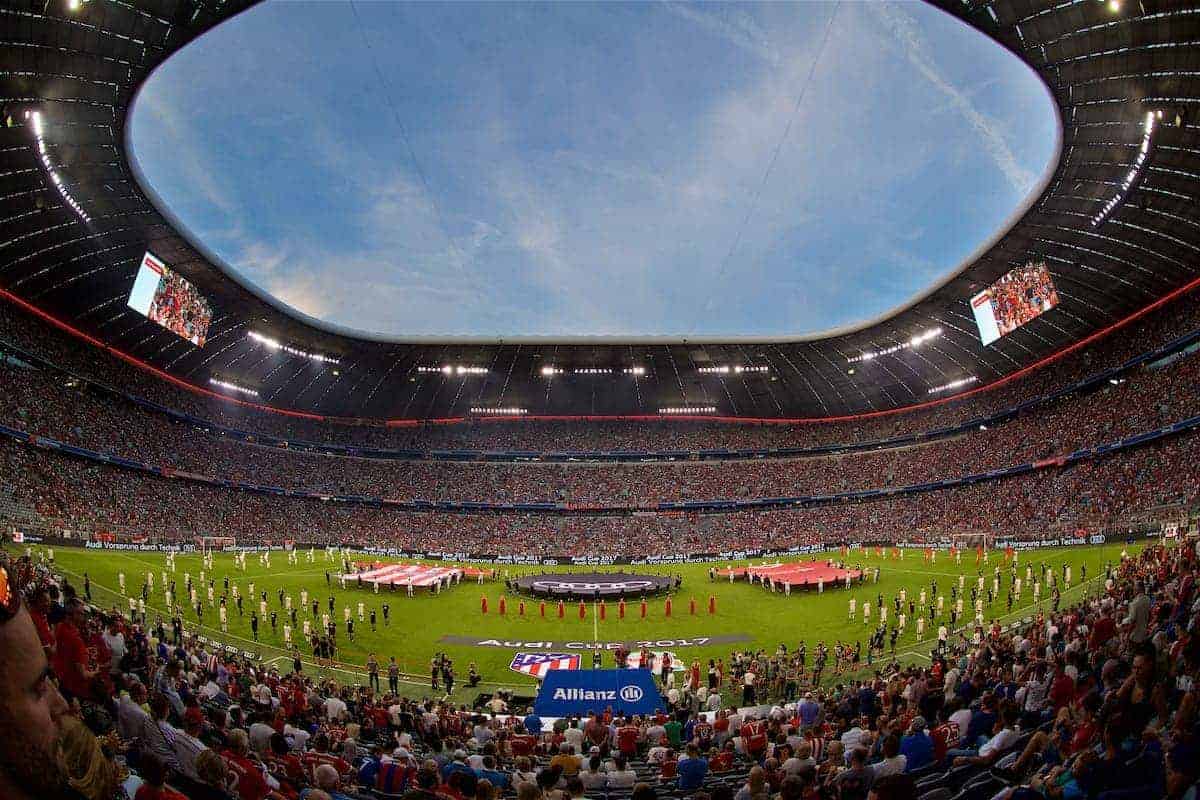 The dates for Liverpool’s Champions League last-16 ties against Bayern Munich have now been confirmed.

The Reds were paired against the German champions in Monday mornings draw for the knockout stages, with the dates being confirmed later in the day.

The first leg will take place at Anfield on Tuesday, 19 February

The second will be at the Allianz Arena on Wednesday, 13 March

The first leg arrives days before Liverpool’s trip to Old Trafford to face Man United in the Premier League, although the Reds could have a free weekend before if they don’t progress in the FA Cup.

The second leg is preceded by a home game against Burnley and followed by an away trip to Fulham.

Both games will be 8pm (UK) kick off, live on BT Sport.

Virgil van Dijk is suspended for the first leg.

VAR will be used in all knockout rounds.