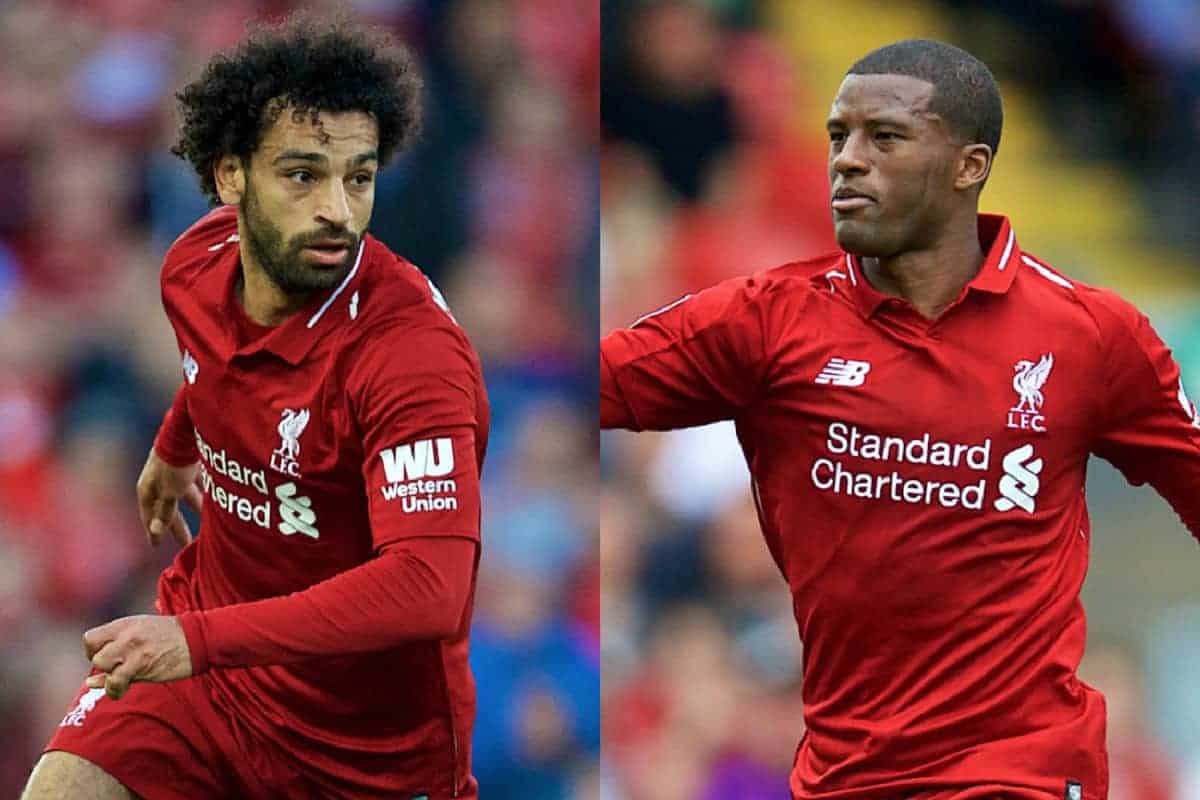 Mohamed Salah will return to Liverpool’s starting lineup against Wolves, but how many other changes will Jurgen Klopp make for the final day clash?

After producing Anfield’s greatest ever performance, the Reds will hope for another football miracle to clinch the Premier League title on Sunday.

All Liverpool can do is beat Wolves and hope, but regardless of how it ends, this has been a truly special effort from Klopp and his players.

Klopp will want to play his strongest team to ensure his side do their job with victory at Anfield.

But injury concerns and the monumental efforts produced against Barcelona could force changes.

Here’s a look at the options for the final day showdown.

Andy Robertson and Jordan Henderson sustained knocks in midweek but both “should” be fine for Sunday.

Salah is fit and available after a concussion and will enter the attack.

Alex Oxlade-Chamberlain could also to return to the matchday fold.

Not so good news is that Roberto Firmino is ruled out again, but the No.9 should be fit to face Tottenham in Madrid.

Naby Keita and Adam Lallana are the only other absentees.

Liverpool’s lineup is likely to feature changes from that which started the Barcelona miracle.

Gini Wijnaldum’s stunning second-half impact should earn him a starting spot in midfield.

Salah will come straight in, meaning one of Divock Origi or Xherdan Shaqiri will drop out even though both will be desperate to keep their places.

Other options to introduce for freshness come with Joe Gomez, Dejan Lovren and Daniel Sturridge. 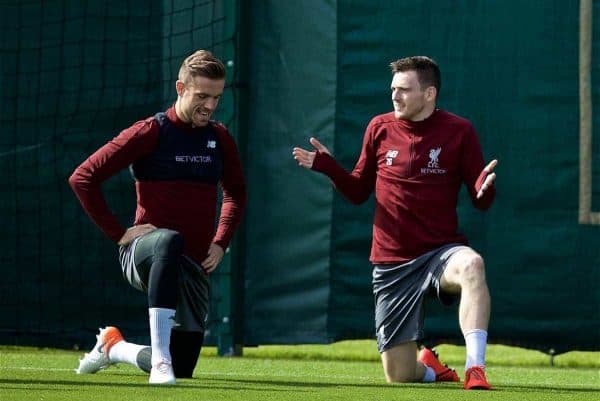 Providing Henderson and Robertson are fit to play, both will keep their places and that makes Klopp’s selection an easy task with two changes to arrive.

One will of course see Salah return to forward line, and Shaqiri is most likely to make way given his rustiness in midweek.

The Egyptian should be in his usual role on the right, with Mane the left and Origi as an out-and-out striker, as was surprisingly deployed on Tuesday.

The other switch should see Wijnaldum come into midfield after his heroic brace, and James Milner could drop out as often proves the case.

Keeping changes minimal could be deemed a risk after midweek exertions, but the belief and momentum in this lineup should carry the Reds through. 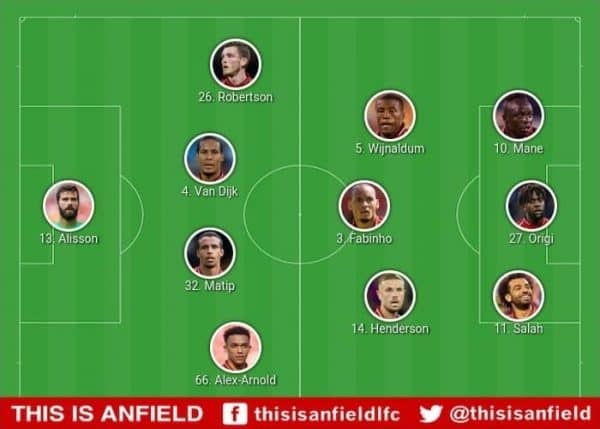 You want the strongest team possible to play but Klopp will have to take injury concerns and conditions of those who completed the miracle into consideration.

A Champions League final is looming and unnecessary risks must be avoided to ensure every player who can be fit is in top condition for that.

At the same time, the Reds will have to be at their sharpest to a win on Sunday, so a more heavily rotated XI prioritising freshness could be deployed.

Klopp could avoid risk with Robertson and put Gomez in at left-back, given he has done well there previously.

Further fresh legs in defence could come with Lovren replacing Joel Matip, as Klopp rotates between the centre-backs again.

As with Robertson, a cautious approach could be taken with Henderson, resulting in Wijnaldum replacing the captain instead of Milner.

Continuing the theme of changes, Sturridge could join Salah in entering the attack, with both Shaqiri and Origi dropping out. 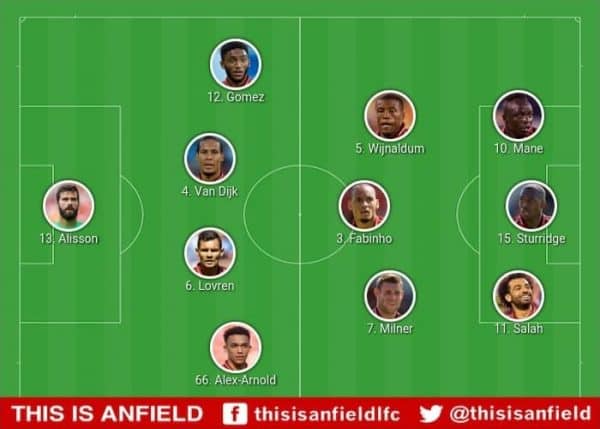 Such has been the top form of first-choice picks and the vital contributions of fringe players, the Reds can go into Sunday’s showdown with real confidence in either XI.

Both lineups are capable of digging out three more priceless points, then let’s hope the football gods are on side again.