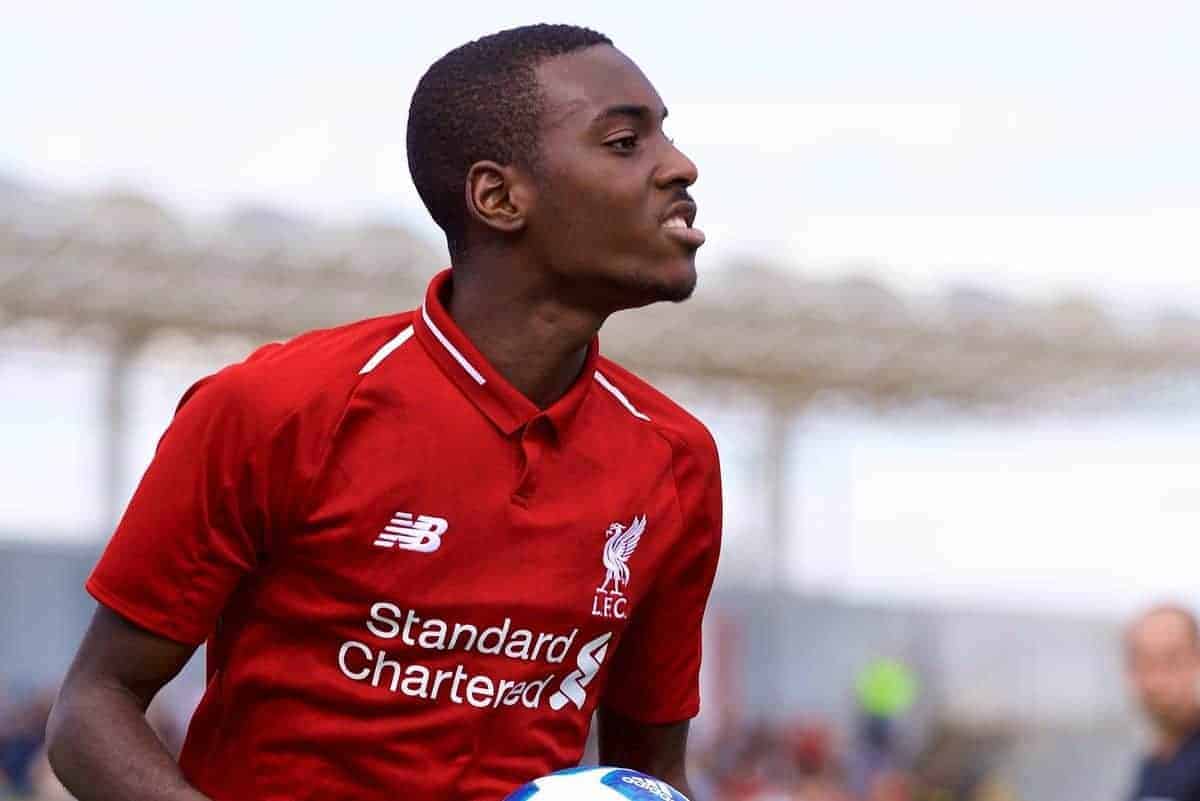 Liverpool have made a significant profit with the sale of the want-away Rafa Camacho this summer, as their excellent work in the transfer market runs on.

Camacho has rejoined Sporting CP in a deal worth an initial £5 million and up to £7 million, having turned down the offer of new terms at Anfield.

With the Primeira Liga side eager to unveil a flurry of signings, Liverpool made their announcement at 11.29pm on a Thursday night, clearly unconcerned that the time difference meant most of their fans in the UK were already in bed.

The winger’s exit comes as he enters the final year of his contract, and following an extended saga within the English, Portuguese and even German press.

Along with Sporting, Benfica, Wolves and Schalke were all credited with an interest in Camacho, but a return to his hometown of Lisbon, and his former club, was always the most likely.

He departs just six months on from his first-team debut at Liverpool, but clearly had concerns over his long-term prospects under Jurgen Klopp.

And given the circumstances, the Reds seem to have pulled off another blinder when it comes to buying low and selling high.

Though largely inconsequential, with the 19-year-old fairly low down the pecking order in Klopp’s squad and with a host of other options breaking through to take his place, Camacho’s exit is tinged with disappointment.

The Portugal youth international was one of the standout performers in the academy last season, despite largely training away from his under-23s and under-19s team-mates with the seniors.

Camacho scored 12 goals and created a further 12 in 22 appearances for the youth sides, along with two outings for the first team and another seven as an unused substitute.

His defining moment in the first team was a strong tackle to deny Wilfried Zaha in the closing stages of the 4-3 win over Crystal Palace in January, which Klopp described as “the most important challenge of his life.”

That came at right-back, as did his first start against Wolves in the FA Cup two weeks previous, but Camacho’s best performance of the campaign came further forward.

Deployed on the right wing in the U23s’ penultimate game of the Premier League 2 season, Camacho dominated, scoring a second-half hat-trick in a 6-0 thrashing—albeit with his second a tap-in from an already goal-bound Rhian Brewster strike.

Already touted with a move away, his controversial Instagram post shortly after that victory seemed to confirm his motives:

“I do not know whose idea it is, but I will prove that they are mistaken about my football,” he wrote.

“I’m not a right defender, I’m an attacker who scores goals. This is my DNA.”

Though he later insisted “it makes no sense what the people of my faith are trying to insinuate”—in a message pledging his gratitude to “boss Jurgen”—it was difficult to read this as anything other than criticism of Klopp.

If Camacho is, as portrayed, a young player with ideas above his station, sanctioning a move away regardless of his contract situation would be wise.

But either way, to negotiate a fee rising to £7 million for a 19-year-old with 92 minutes of first-team experience and just 12 months remaining on his deal is hugely impressive.

And it follows a clear pattern with Liverpool in terms of selling their unwanted talent in recent years. 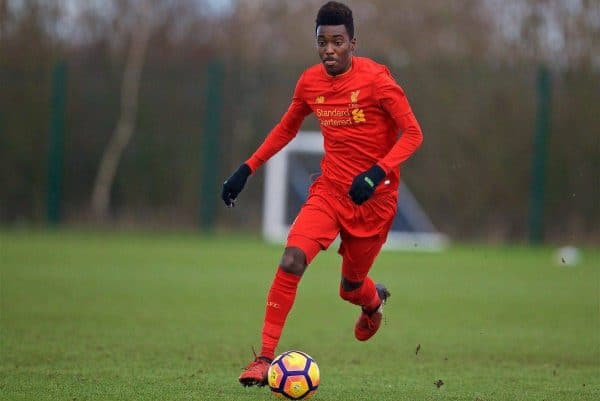 Camacho arrived on Merseyside in 2016 after a troubled spell with Man City, spending the final six months of his two years with the Premier League champions back in Portugal, on loan at Real SC.

The winger had impressed the Reds’ academy staff during a trial, and the club showcased their business savvy by tying down a player not deemed worthy of a professional deal by City.

Three seasons later, Liverpool have secured a significant return on the nominal fee paid to bring him to Kirkby, much like with a host of other players during the same period. 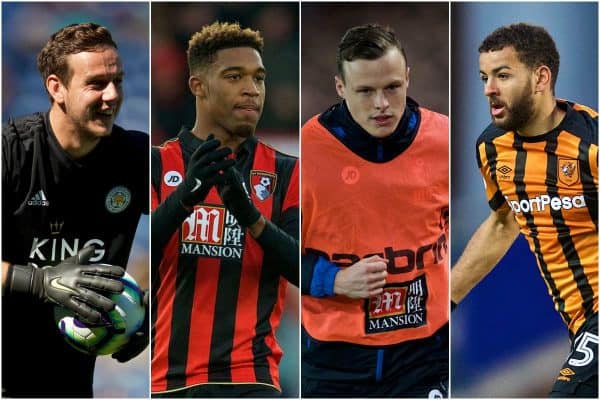 As Camacho settled in the city, Brad Smith and Jordon Ibe both made moves to Bournemouth for a combined £21 million, with Liverpool insisting on buy-back clauses for the duo.

The following summer, Kevin Stewart made the £8 million switch to Hull City, with Andy Robertson moving in the opposite direction for the same fee.

Danny Ward became the 15th most expensive goalkeeper in world football when he left for Leicester City in a £12.5 million deal last summer, while six months later Dom Solanke joined Bournemouth for up to £19 million.

Those five players, who made a total of 119 appearances for the club between them, were sold for £60.5 million.

To put that into context, the club’s redevelopment of Kirkby will cost around £50 million.

Camacho’s exit could be followed by Ryan Kent (valued at up to £12m), Harry Wilson (up to £25m) and Taiwo Awoniyi (£10m), who have played two times for the first team combined.

Though this production line approach is not the ideal for a club famed for its academy products, it certainly showcases the business acumen within the hierarchy. 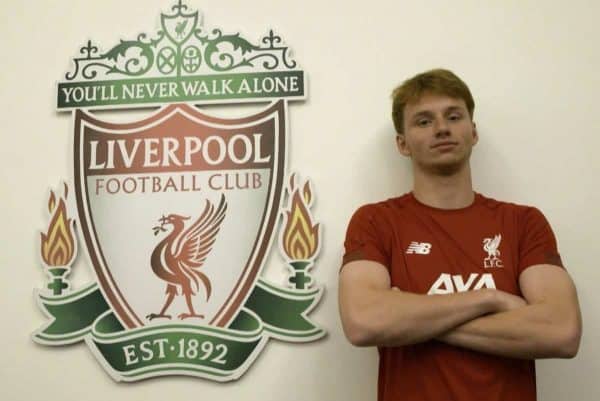 That is now led by Michael Edwards as sporting director, who was no doubt influential in the deal to sign Sepp van den Berg from PEC Zwolle.

Van den Berg’s arrival is the epitome of ‘buy low’: the Dutch teenager cost the club an initial £1.3 million, which could rise to just £4.4 million if he reaches 350 starts.

The 17-year-old could effectively take Camacho’s place in the first team given he is also capable of playing at right-back, though his long-term future is at centre-back.

Liverpool can also look to follow this with further promotion from the academy, with Brewster and Ki-Jana Hoever expected to take up more focal roles in the near future.

And with regards Camacho, a 20 percent sell-on clause was agreed with the notoriously high-selling Sporting, along with a buy-back option which could, in theory, lead to the attacker’s return to Anfield.

This is another fine example of the club’s excellent work in selling their coveted young talent, while still giving opportunities to the very best in the academy.

Back in Lisbon, Camacho can now look to develop further in a win-win situation for all parties.