Jurgen Klopp accepts Liverpool rarely make it easy for themselves in the Champions League but they will not face as much pressure as 12 months ago.

A 1-1 draw at home to Napoli means they have to go Red Bull Salzburg in a fortnight and get at least a draw to qualify for the knockout stage.

That is a slightly easier ask than last December when their fate went down to virtually the last kick of their final game – at home to Napoli – when Alisson Becker’s added-time save secured a 1-0 win and passage to the last 16 from where they went on to win the title.

“I’m four years in, tell me when it was easy?” said Klopp.

“Last year we had to win at home 1-0 against Napoli, I cannot remember a bigger pressure game than that. So, really difficult, and we did it.

“I know how human beings are; people wished we could finish the group tonight and make kind of a holiday game in Salzburg. 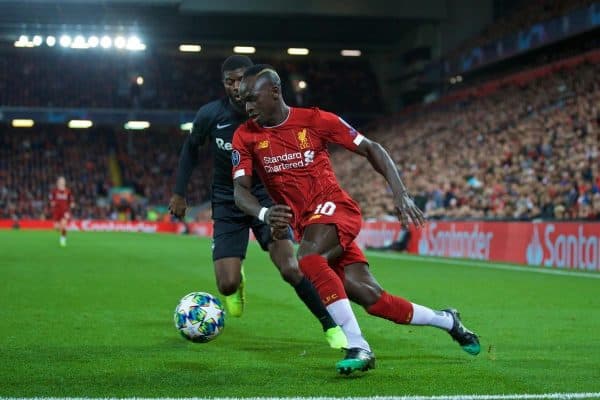 “That’s the situation: if we have ambitions in the Champions League, we have to show that in Salzburg.

“Until then, we have to show our ambitions in the Premier League.”

Of more immediate concern to Klopp is an ankle injury to key midfielder Fabinho which saw him forced off in the first half.

“In this moment, the game is over, my problem is Fabinho is injured and Brighton (is on Saturday),” he added.

“I don’t know (how he is). He has pain, so that’s not good. He couldn’t continue and he is a really hard one.

“I don’t want to say what I expect, because I hope that it is not that serious, but we will know more, maybe tomorrow, maybe the day after. We will see.”

Napoli coach Carlo Ancelotti saw signs at Anfield that his team’s fortunes are changing despite a seventh match without victory.

“I have no doubt that my team will get back to playing at its best level and we saw that today,” said the Italian, whose second-placed side face bottom team Genk in their final match.

“There was a lot of expectation around this game. Perhaps people thought we’d concede goals but that hasn’t happened.

“We’ve not been at our best but we’re always very solid.

“The situation now is ideal in the group. It was a positive evening for us.”