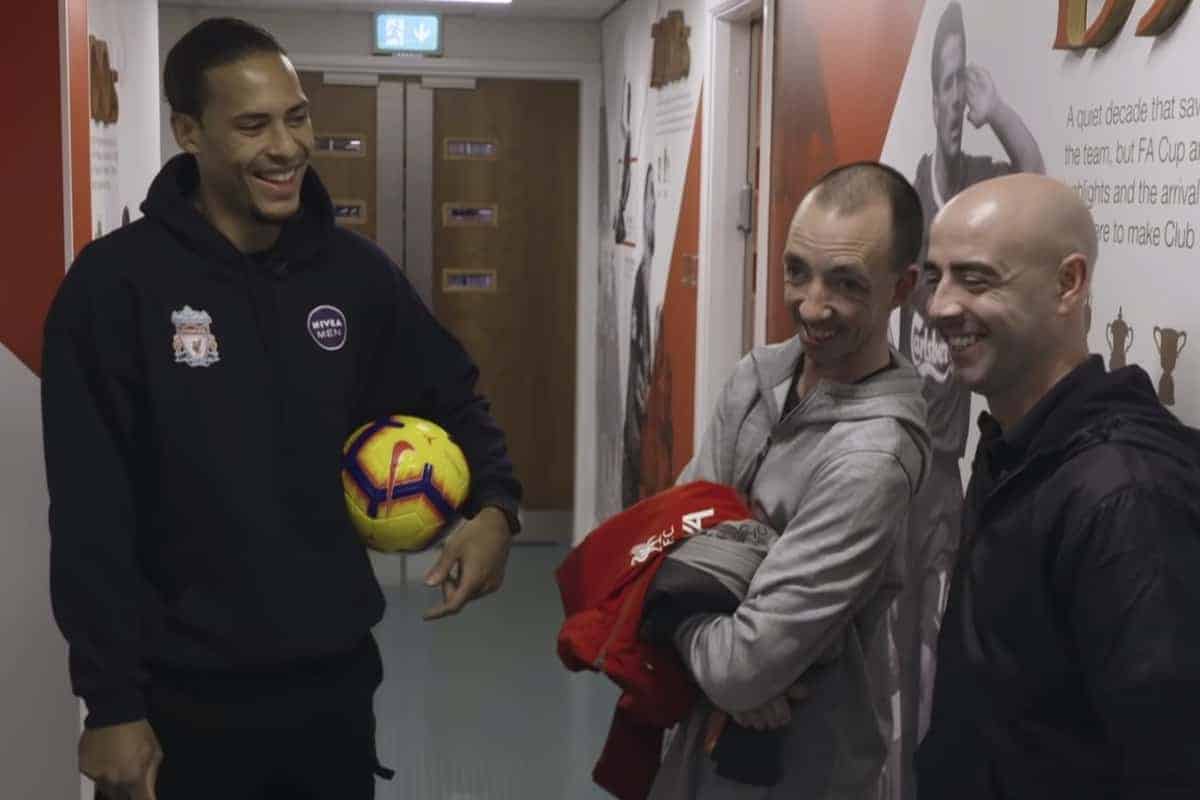 Virgil van Dijk surprised die-hard Liverpool fan David with a trip to Melwood to meet the squad and Jurgen Klopp, along with another impressive gesture.

Back in June, Van Dijk, Jordan Henderson and Andy Robertson delivered Father’s Day messages to deserving dads, and the Dutchman has taken part in another heartwarming video.

His target this time was David, at the request of his brother Ian, who explained that he was “starved of oxygen when he was younger, so that led to him developing a little bit differently.”

“Most people have family and kids and holidays to look forward to, and Liverpool really is a focus for David—it is his life,” Ian continued.

“The whole point of him working throughout the week, collecting trolleys, is to be able follow Liverpool home and away.”

Van Dijk surprised David while he was at work at a supermarket, and along with Ian took him to Melwood to tour the training ground and introduce him to the squad:

Henderson, Mo Salah, Trent Alexander-Arnold, Fabinho and Alisson are among those to greet David, with the trio forced to wait for Klopp while he conducted an interview.

While doing so, Van Dijk presented David with the gift of VIP tickets to Anfield, along with sponsors Nivea Men covering his costs for every away game for the rest of the season.

Unsurprisingly, the highlight of David’s trip to Melwood is eventually meeting Klopp, who issues a trademark bear hug in the Melwood canteen.

In a video designed to promote Nivea Men, the sincerity of the club’s welcoming of David shines through, with Van Dijk explaining that “we look after each other here.”