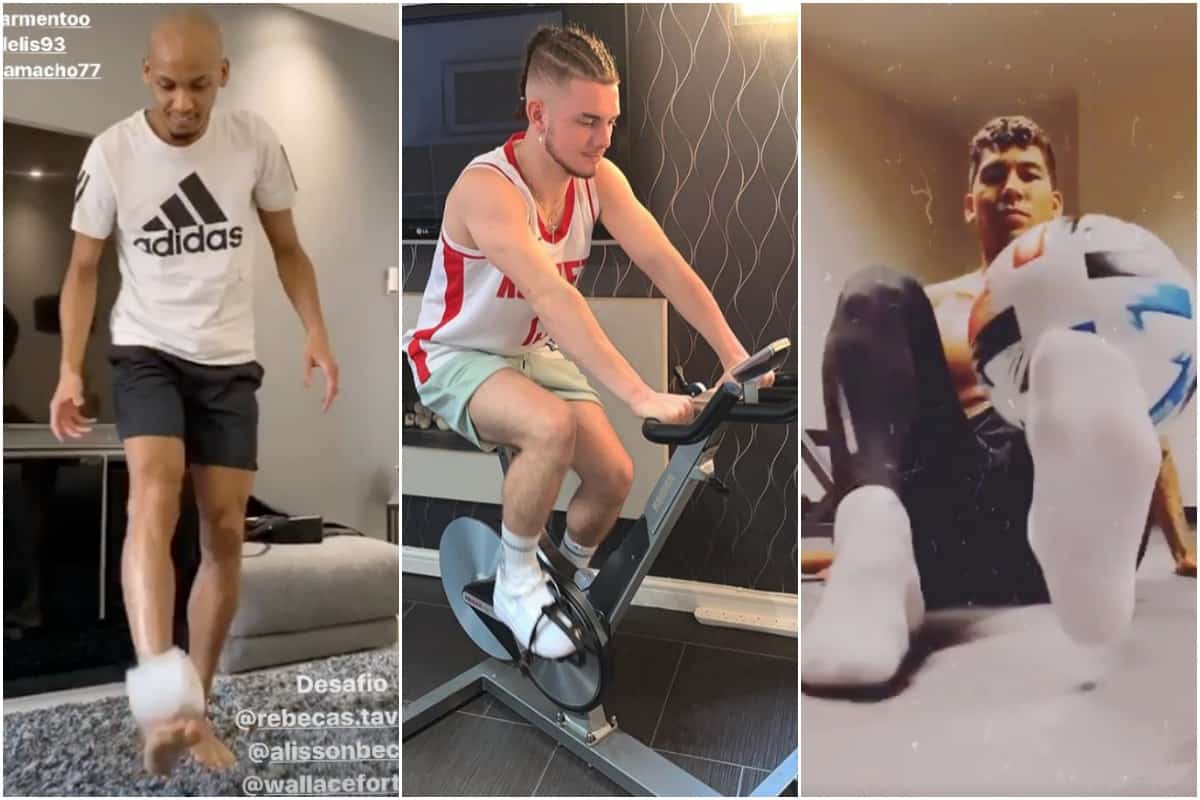 Fabinho is the latest player to partake in the #stayathomechallenge, while a number of other Reds continue to stay active during isolation.

Social media challenges continue to sweep across the world as many adhere to advice to stay at home, and the treasured toilet role continues to take prominence.

Players past and present and fans alike, and anyone who is lucky to have spare loo roll at hand, have all taken to doing as many keepy-uppies as possible with it.

Harvey Elliott already showed off his impeccable talent and while Fabinho paled in comparison, the Brazilian added a juggling trick before volleying the toilet roll into the wall for an emphatic finish on his Instagram.

And he was not the only one to partake as having been banned from playing with the football in the house, Gini Wijnaldum has turned to the toilet roll himself, teasing this is only the start:

No more football at home, no problem?We’re getting better at this ? #StayAtHomeChallenge (Stay tuned for pt. 2 ?)

Roberto Firmino continued to show off his musical ability alongside his wife as he remains a consistent presence on social media during the break:

And he was also happy to show off some of his impressive skill with the ball as he continues to conduct his fitness work and training regime at home:

Harvey Elliott similarly took to his exercise bike while sharing an important message as part of an advertising campaign from Nike which asked people to stay inside and practice social distancing.

Now, more than ever, we are one team! #PlayInside #PlayForTheWorld

And he was not the only Liverpool player to spread the same message on Saturday evening as his fellow Nike sponsored teammates in Jordan Henderson, Andy Robertson, Xherdan Shaqiri, Curtis Jones and James Milner all took to their socials to spread the word.

“If you ever dreamed of playing for millions around the world, now is your chance,” the ad reads. “Play inside, play for the world.”

And Virgil van Dijk was no exception to the rule as he urged people to take every precaution necessary:

The message is clear. The best thing you can do for yourself, your loved ones and everyone in the country and around the world is to stay at home and limit your social interaction.

The Reds’ constant desire to spread the word is imperative and increasingly welcoming to see during a time where people’s lives and subsequent livelihoods are increasingly on the line the longer the virus is allowed to spread.