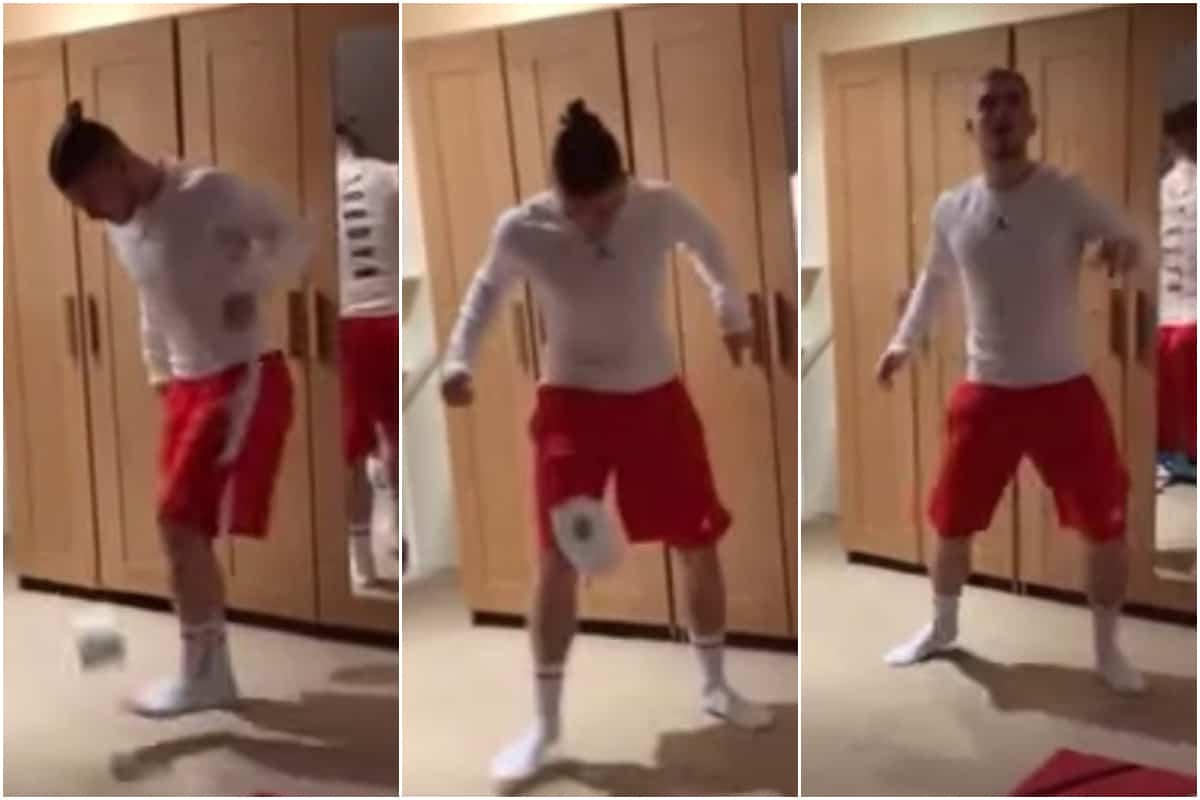 With many folks now confined in their homes, either in self-isolation or to help prevent the spread of coronavirus, social media challenges have swept the globe.

The latest to take centre-stage among those involved in football is to take an item which has shot to prominence in recent weeks—the humble toilet roll—and perform as many keepy-uppies as possible, before posting to Instagram and tagging others in to take on the challenge.

Some of you might know it better as juggling, kick-ups, keep-ups or any other name—but by any other label, it’s still a pretty good feat of skill to keep an oddly-proportioned item in the air for more than a few at a time!

Having been passed on the challenge by Reds keeper Shamal George, among others, Elliott embarks on his own attempt of the challenge on Instagram—and completely nails it.

His close control, clever touch and great footwork has already been admired around Anfield, but this was in its own way almost as impressive!

Elliott appeared to tally 31 keep-ups, using both feet and even throwing in a few juggling tricks while he was at it.

The 16-year-old has played seven times this season for the Reds, after joining from Fulham last summer.

Most of those appearances have come in the domestic cups, but he could find himself getting more action once fixtures resume and when the Reds have sewn up the Premier League title.

He’s certain to play a big part in the team going forward, with a new contract agreed already which he’ll sign in the summer. Elliott turns 17 on 4 April.

After completing his #stayathomechallenge, Elliott nominated U23 team-mates Liam Millar and Joe Hardy to take on the attempt next.