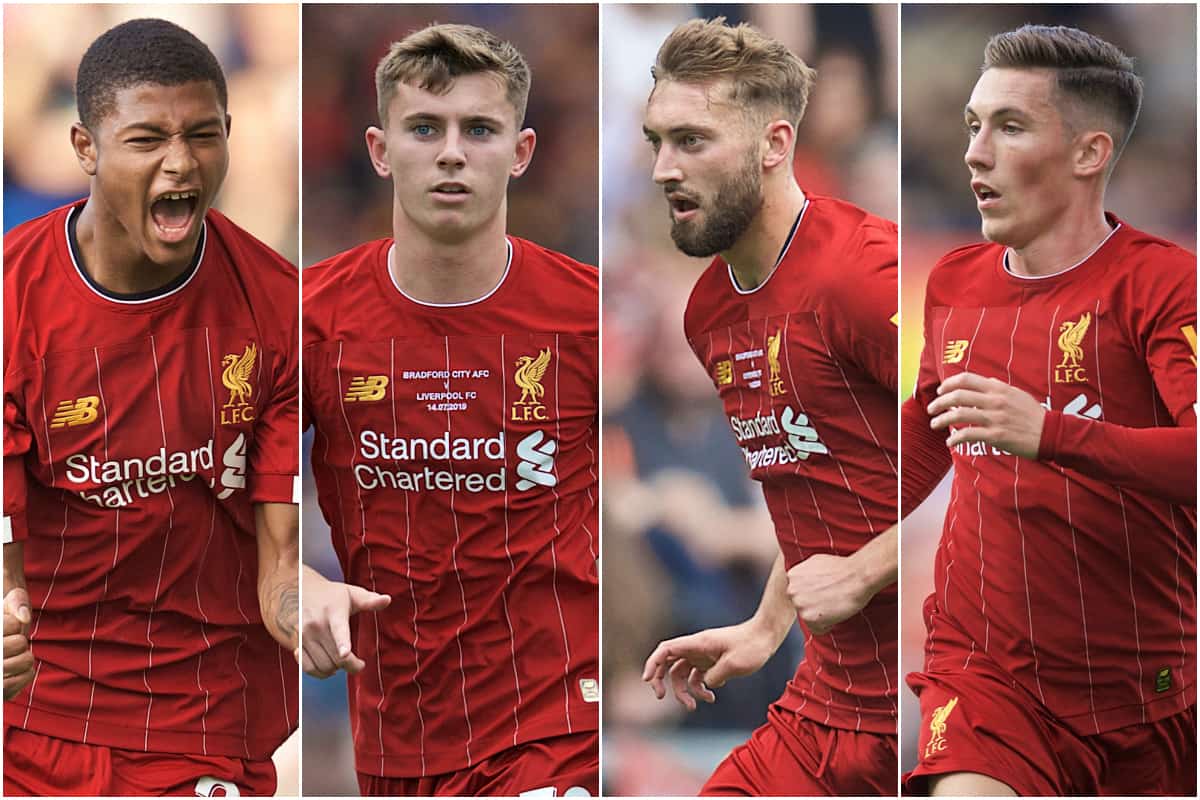 Liverpool sent 17 players out on loan throughout 2019/20, and this summer could see many of them move on permanently, while at least one could head to the first team.

It has become common practice for the Reds in recent years, with the numbers coming through at the academy requiring a short-term fix in the transfer market.

Loan deals are typically approached in one of three ways: to give promising youngsters a taste of first-team football; to trim down a bloated senior squad; or to smooth over eventual sales.

There were examples of all three at Liverpool last season, but now the majority have returned to Merseyside with uncertainty looming.

So what next for this group of 17 players? Who will stay and who will go?

Who has already gone? 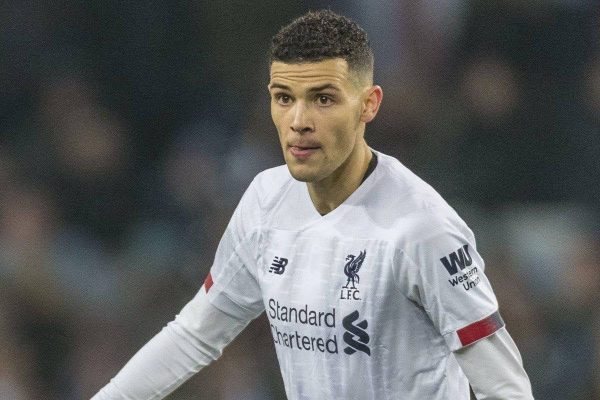 There are some whose futures are already resolved, at least from Liverpool’s perspective.

Isaac Christie-Davies‘ short stint at Cercle Brugge was dogged by injury, and he was named on the club’s released list along with Dan Atherton and Shamal George in June.

It remains to be seen where the departing trio will land next, though it is likely they will be required to step down the Football League pyramid if they are to secure regular first-team football.

Another move abroad may interest Christie-Davies in particular, while George trained briefly with Swiss side St Gallen last summer, so there could also be suitors outside of England for the goalkeeper.

Ovie Ejaria‘s next club should already be set, with Liverpool shaking hands on a permanent £3 million deal with Reading ahead of the midfielder’s loan switch.

However there has been speculation from inside the Championship club that they will not be able to afford the fee agreed due to the shift in football’s financial landscape.

It is unclear whether Reading could simply opt out of the deal, but it appears they are still hopeful of bringing him in for the long term; if not, it is likely another club in the second tier will snap Ejaria up.

This quartet are, of course, not likely to be the last of the 17 loanees to leave on a permanent basis.

Who will be on the move? 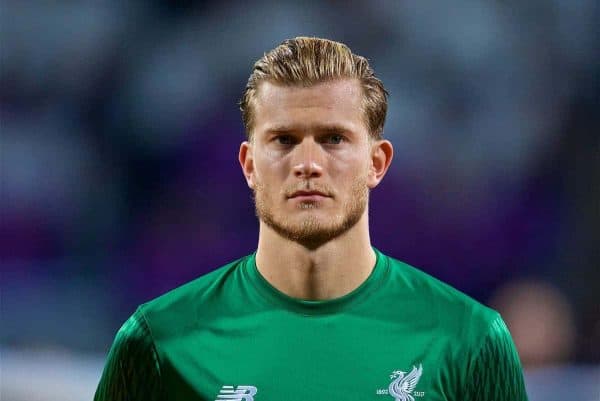 With the loan market often used as a last-resort option to get deadwood off the payroll for a season, this window is likely to see some of those now moved on.

Heading the queue for the Shankly Gates is Loris Karius, who is maintaining his fitness individually after his two-year spell with Besiktas ended prematurely in May, the Turkish club rejecting their option of a £7.25 million signing.

Montpellier have been credited with an interest in the goalkeeper, as had Hertha Berlin before they secured the loan signing of Alexander Schwolow at the beginning of August.

Liverpool may be forced to accept a cut-price fee for Karius, as is likely to be the case with Sheyi Ojo, after the winger’s disappointing spell working under Steven Gerrard at Rangers.

Ojo’s contract runs until 2023, but at 23 and having failed to tie down a regular starting role at Stade de Reims and Rangers in the past two seasons, it is difficult to predict what comes next.

There should be more demand for Herbie Kane, after the 21-year-old made the seamless step up from League One to Championship having joined Hull in the January transfer window.

Hull have already expressed an interest in keeping Kane, while it is not outlandish to suggest other clubs in the second tier will be considering a move for a player proven at that level and with great scope for improvement.

Liverpool may be left to settle for loan deals for both Ben Woodburn and Liam Millar, after a muted second half of the season for the pair.

And with the chances of work permits for either Taiwo Awoniyi or Anderson Arroyo slim, the club will face a decision over whether to send the pair out again or cut their losses and sell.

Awoniyi may find a permanent home at Mainz, having endeared himself to the Bundesliga side in the second half of the season, and after five seasons of moving around Europe it would be a positive move for the Nigerian striker.

Who could still stay?

Heading into the summer transfer window, there are question marks over possible first-team roles for six of last season’s loanees, with the most promising being Rhian Brewster.

Brewster scored 11 goals in 22 games for Swansea in the second half of the campaign, and having narrowly missed out on promotion to the Premier League, the 20-year-old should now return to take up a role in Jurgen Klopp‘s squad.

A versatile striker able to finish from anywhere, Brewster showcased his ability to defend from the front with his tireless efforts for the Swans, and appears ready to supplement the Liverpool attack.

It could be that Klopp decides another loan—ideally in the top flight—would better aid his development, but at this point it seems Brewster would be a better option than Divock Origi.

Elsewhere, the state of the club’s finances in the wake of the coronavirus pandemic could change the stars for Harry Wilson and Marko Grujic.

Having caught the eye with Bournemouth and Hertha last season, the pair were being touted as big-money departures, but with fewer sides in a position to shell out it may be that they are instead left to return to Merseyside.

Both could flesh out the Liverpool squad with quality, particularly if Klopp intends to go further in the domestic cups in 2020/21.

Meanwhile, a formative spell at Huddersfield could see Kamil Grabara report back to Melwood as next season’s third-choice goalkeeper, in turn allowing Caoimhin Kelleher to head out in search of crucial experience. 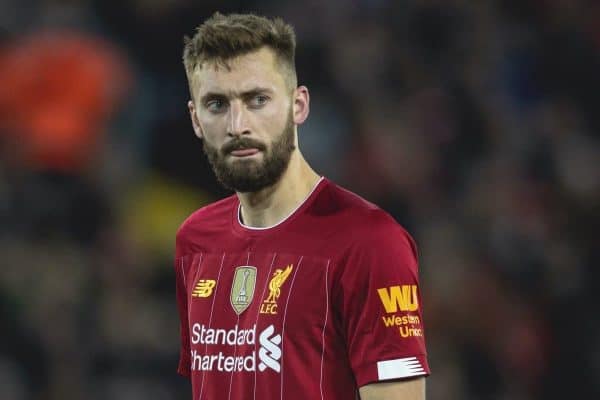 There is still a chance Klopp keeps faith in Nat Phillips, too, after the sale of Dejan Lovren to Zenit St Petersburg, though Stuttgart were interested in retaining the 23-year-old.

A more exciting long-term prospect is Rhys Williams, who came of age on loan with Kidderminster Harriers last season, and having only turned 19 in February, he could be worth a closer inspection at Melwood.

Adding the likes of Wilson, Grujic and Brewster to the squad for next season may not be the ideal scenario for those eager for new signings in the coming weeks, but they certainly could solve some problems without cost.

It is unquestionable that Brewster is the most exciting of these 17 players, and it could even be deemed a success if he alone manages to settle into a long-term role at Anfield.

With the loan market an unpredictable one, a breakthrough for Brewster would go some length to vindicating Liverpool’s approach—as would the fees generated from sales.