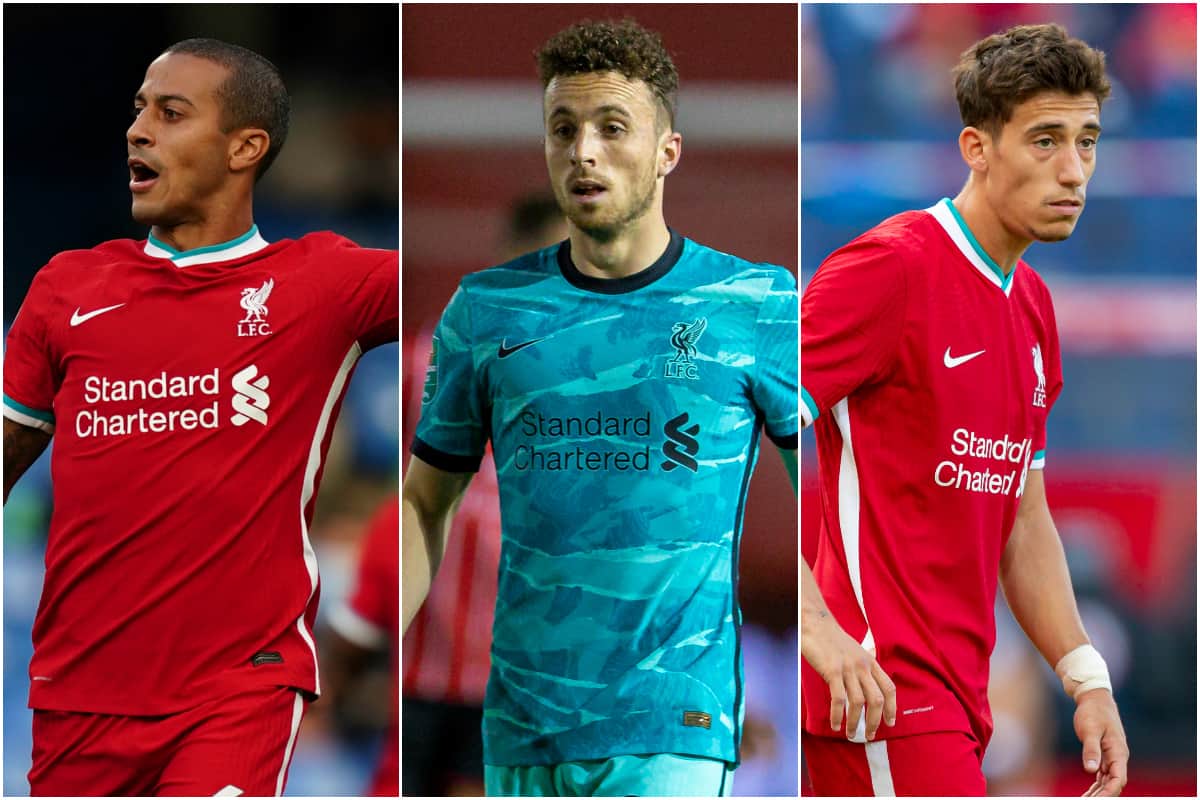 Jordan Henderson insists the Liverpool squad “aren’t that much different” to fans when it comes to new signings, praising the club’s incoming trio for giving a “lift.”

The Reds looked set for a quiet summer, with Kostas Tsimikas the only major arrival, until a swift flurry saw Thiago and Diogo Jota brought in for a combined £70 million.

Signing Tsimikas and Jota has given Jurgen Klopp‘s squad a major boost, with real depth in defence and attack now, along with a proven, world-class midfielder in Thiago.

Thiago may be competing with Henderson for a place in the middle of the park, but the captain, talking ahead of Liverpool’s Premier League clash with Arsenal, hailed the impact of those brought in.

“When Liverpool announce a new signing, we in the dressing room aren’t that much different [to fans],” he explained.

“We get excited – we get caught up in the anticipation – we look forward to seeing them and hearing them for the first time. It does bring fresh energy and a lift.

“And as you know, since the start of this season we have welcomed three new faces to the club.

“Kostas joined first and we got to know him during pre-season. Thiago and Diogo are of course more recent arrivals.

“All three are going to be massively important to us and we are buzzing as a team to welcome them in. We need them and we are delighted they chose to come to us.”

It is interesting that Henderson stresses that Liverpool “need” this “fresh energy,” with there being concerns over complacency creeping into the champions’ game if no signings were made.

There was no overhaul required at Anfield, but two or three calculated additions can spur title-winners on to further success, and it appears as though the Reds have managed that with their £82 million outlay.

Henderson continued to attest that the squad’s mantra of “we can win nothing on our own, achieve nothing by ourselves” has been bought into by their new team-mates.

“It is evident from their character and mentality they are as hungry to achieve as we are,” he said.

“All three players are exciting acquisitions for us and yet all three have shown how keen they were to come and how appreciative they are to be here.

“I think as a team and a club we can take pride in the fact we are seen as an environment where ambitious, committed professionals can achieve all they want in the game.”

There is no denying Liverpool are a destination now, rather than a stepping stone, and this summer has moved to reinforce this further; now with Thiago, Jota and Tsimikas on board, the hope is more silverware is on the horizon.