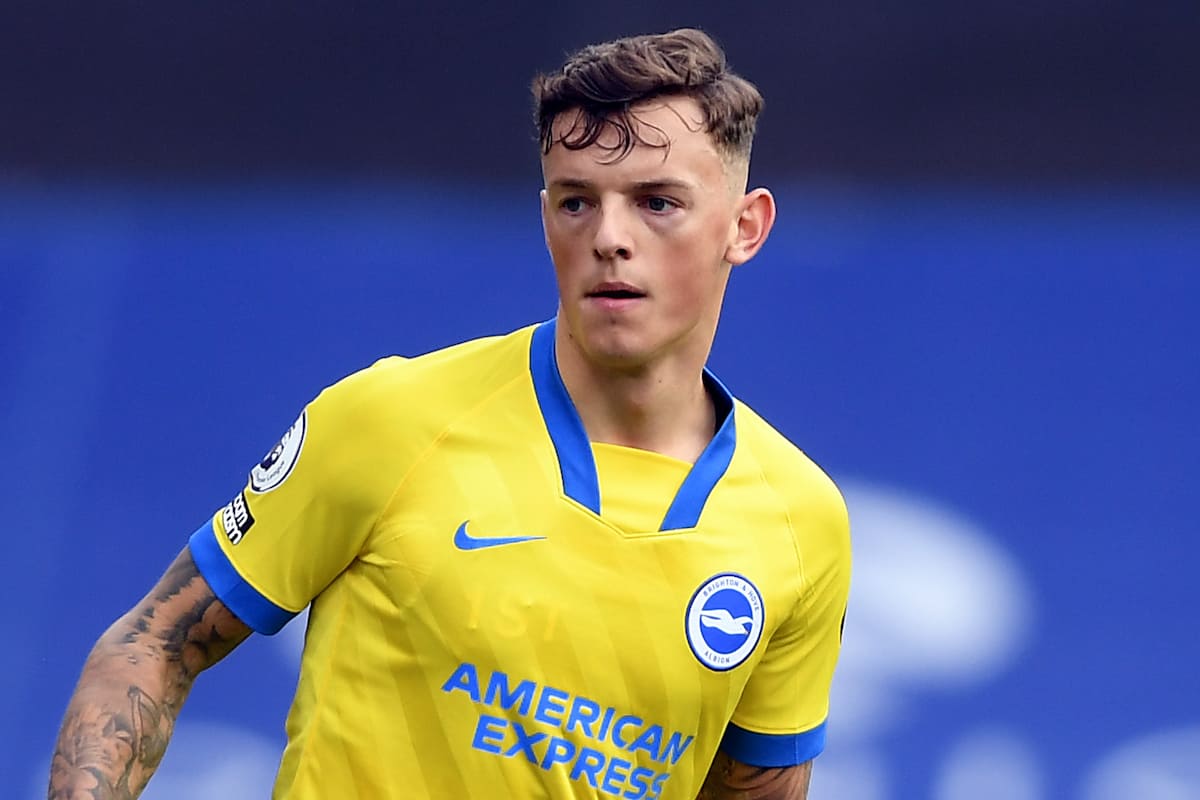 The Seagulls faced a summer barrage for the highly-rated White, predominantly from Leeds United after the 23-year-old’s exponential rise during the Whites’ Championship-winning season.

And while he signed a new long-term deal in the summer to stave off interest from across the Premier League, his name continues to be linked elsewhere.

Liverpool have tracked White extensively in recent years and he remains on the Reds’ radar, with his bright start to life on return to Brighton solidifying the club’s interest.

A price-tag of over £35 million in the summer ensured no move was made with the Reds content to head into the season with three specialist senior centre-backs in addition to Fabinho.

However, the major blow to Virgil van Dijk could result in a re-think in the January window as beyond the three current available options Liverpool would need to turn to relatively inexperienced youth.

And with speculation continuing to fly over Liverpool’s plans, the Brighton boss was asked about his centre-back ahead of their clash with West Brom on Monday and simply cited it as part of the “football noise.”

“I think it is a bit like it was at the start of the season. All sorts of talk about him doing this, him doing that, and it is generated by outside, by outside of our control really,” Potter said.

“It is part of the football noise. The transfer window closed last week and we are already having conversations around transfer speculation. It’s just the way it is.

“I know he is level-headed enough to not let it affect him. I think at this level you have to know it is part of the territory.

“It is part of the job of being a footballer, while it’s part of what you have to deal with. Consistently all he has done is get on with his football.

“He has come into training, tried to be professional, tried his best, and tried to play football. I have no concerns about Ben.”

While the price-tag is one which is could prove a stumbling block, White is an ideal candidate for the Reds as a ball-playing centre-back who has also plied his trade in midfield when required.

He is not the only player to be linked with the Reds since Van Dijk’s long-term injury, however, with Schalke’s Ozan Kabak and RB Leipzig’s Dayot Upamecano having both emerged as potential targets.

On Saturday evening it was reported that the Reds were preparing an offer for Kabak who is valued in the region of €30 million-€40 million, while ties with Upamecano have been consistent ahead of a £36.5m release clause being able to be triggered next summer.

Whether Liverpool pull the trigger in January remains to be seen, but with a congested season to contend with it would definitely appear to be the sensible option – although clubs are likely to want to place a ‘we know Van Dijk is out’ tax on top of any fee.