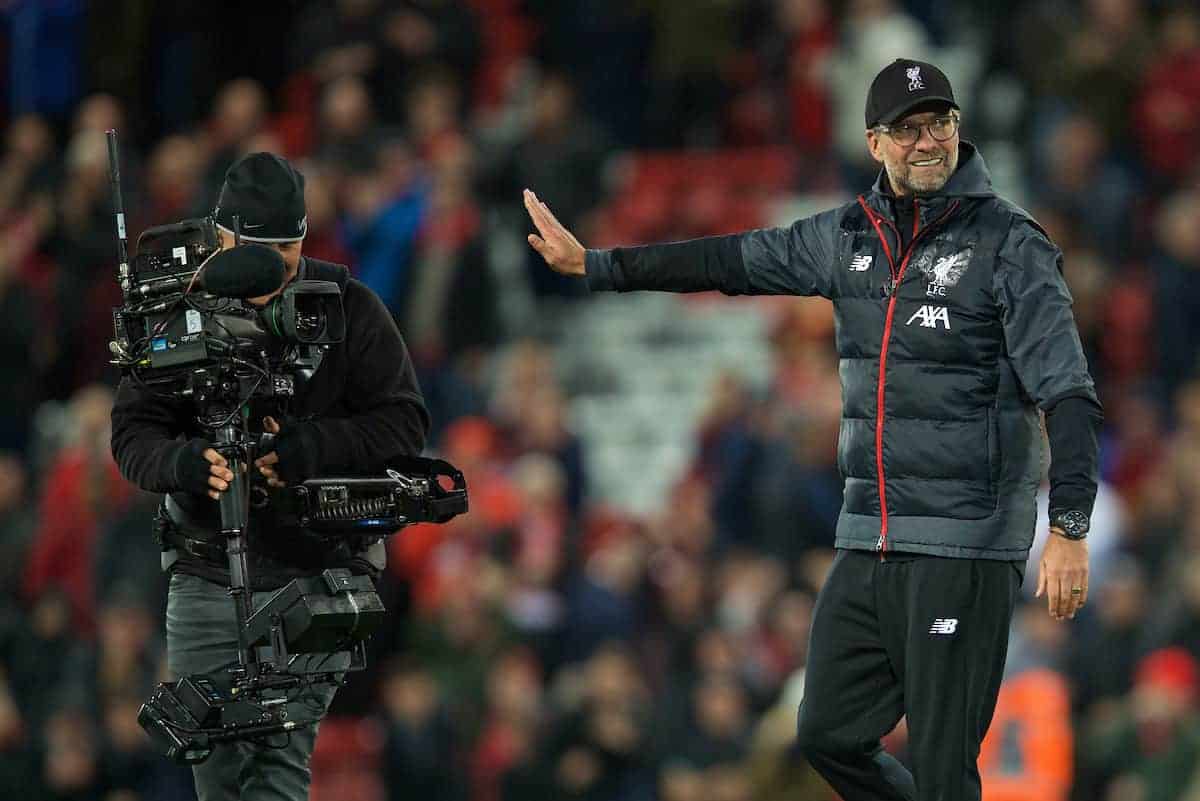 Premier League matches not selected for broadcast are to be sold on a pay-per-view basis by Sky Sports and BT Sport with fans still unable to attend, forcing extra costs of £14.95 for supporters per match.

With fans still unable to attend Premier League fixtures at stadiums, talks had taken place as to how fans would be able to access games moving forward after months of all matches shown live across multiple platforms.

And now, the Premier League has opted to make the remainder of October’s fixtures not already selected to be televised available on Sky Sports Box Office and BT Sport Box office at an extra cost on top of existing subscriptions.

While not stated, it can be assumed that this will continue so long as fans are unable to attend matches, which could be as long as March and even for the entirety of the season.

It is to cost an eye-watering £14.95 per match for fans to access the games not initially chosen for broadcast, with profits set to go to Premier League clubs rather than the broadcasters themselves, as per The Times‘ Martyn Ziegler.

It is a staggering amount to ask fans to part with in ‘normal’ times let alone when many are facing economic struggles within a pandemic.

For Liverpool fans, Jurgen Klopp‘s side are more likely to be selected for broadcast more often than not ensuring a match on box office will come few and far between, but fans of clubs who are not so fortunate face rising costs on top of existing subscriptions.

Currently, only the Reds’ clash with Sheffield United (October 24) has not been pre-selected this month, meaning fans will need to fork out should they wish to see the team play.

Rightly, the decision and price was met with disdain across social media after having access to extra games free of charge since football resumed post-lockdown:

feel free to begin laughing uncontrollably at how PL/clubs/broadcasters actually think people are going to pay this type of fee (~£15) PER MATCH in the current climate https://t.co/5UWm4TnlU2

Huge own goal by @premierleague charge £14.95 a game days after PL clubs spent £1.24bn on players during transfer window. Yes clubs losing revenue due to pandemic but so are individuals who are losing jobs. Football can help mental health & very poor show to fleece fans again.

Imagine supporting someone like Burnley and paying £15 to watch them away to City.

You'd probably be paying a quid for every pass your team completes.

I pay over £100 a month to Sky and another chunk to BT. That’s already far too much and it’s absolutely shafting fans, in this of all moments, to ask for more on top as the only legal way to watch their team play. How much money do they want? Football is going to break.

This is a really bad move by the @premierleague to charge £14.95 for single matches that have been shown free for 6 months !

Know what everyone should do about this? – not pay. It’s the only way the Premier League and their ‘associated partners’ will learn. And yes, not being able to watch your team is tough, but if a stand isn’t take now then make no mistake, PPV WILL become the norm in the future. pic.twitter.com/Gmqs9UQYmn

It truly is an incredible ask of clubs to force an extra cost on loyal fans, especially, as many have rightly pointed out, comes after Premier League sides spent over £1 billion in the summer transfer window.