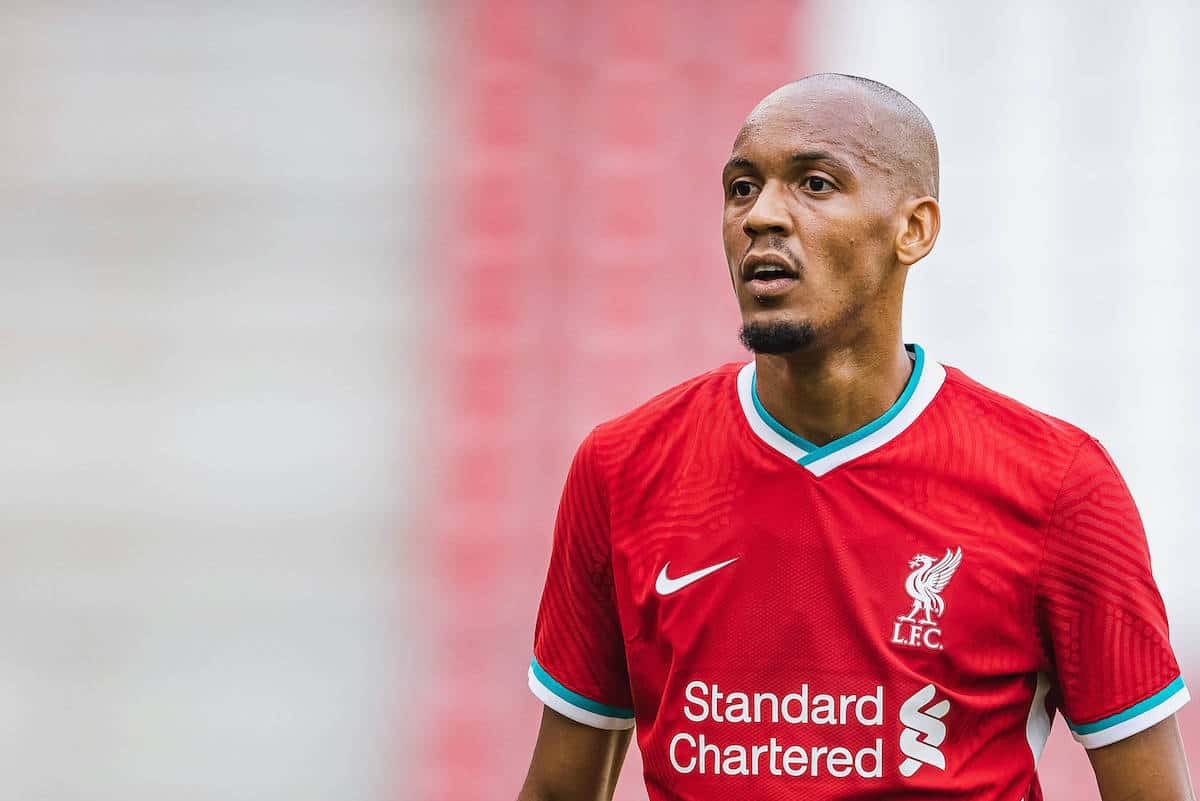 Fabinho has been encouraged to have a greater media presence in Virgil van Dijk‘s absence, as part of his continued development as a leader at Liverpool.

The 27-year-old has swiftly seen himself thrust into the heart of defence following on from the Dutchman’s long-term injury, where his role is more than just making up the numbers.

Fabinho entered the season as a fourth-choice centre-back but was catapulted to the number two spot at Ajax with both Van Dijk and Joel Matip unavailable for the clash.

It signalled a sign of things to come for the Brazilian who more than settled a few nerves for those fearing life without the No. 4, providing a calm and assured presence to steer the Reds out of danger in Amsterdam.

His ability to act as a “lighthouse” for the Reds is nothing new, but he more than aware of the need for him to step up as a leader and provide a vocal presence.

“He coached everywhere and anywhere, coached everyone on the pitch, trying to make it easier for his teammates by communicating with them,” Gini Wijnaldum said of Van Dijk in his pre-match press-conference at Ajax.

“That’s the kind of person he is, he is a leader and that’s something we’re going to miss.”

And post-match Fabinho acknowledged that very fact of needing to fill the vacated space, stating: “It’s not easy, but I have to do a little bit of what Virg always does, talking to the team, trying to be a leader. I’m not Virgil, but I will do my best.”

But his on-field duties is just one area of focus, with the Atheltic‘s Simon Hughes reporting that Jurgen Klopp has “insisted Fabinho take more of an active role with the media in the absence of Van Dijk.”

The Dutchman is a regular spokesperson for the team in the media alongside the likes of Jordan Henderson, Gini Wijnaldum and Andy Robertson, and Fabinho made the first step post-Ajax.

He spoke with clarity and provided an honest assessment of both his and the team’s performance and while he has largely remained out of the spotlight off the field since his arrival in 2018, that all appears to be changing.

Fabinho is no stranger to reinvention and this time it’s about the intangibles he can bring to the table.