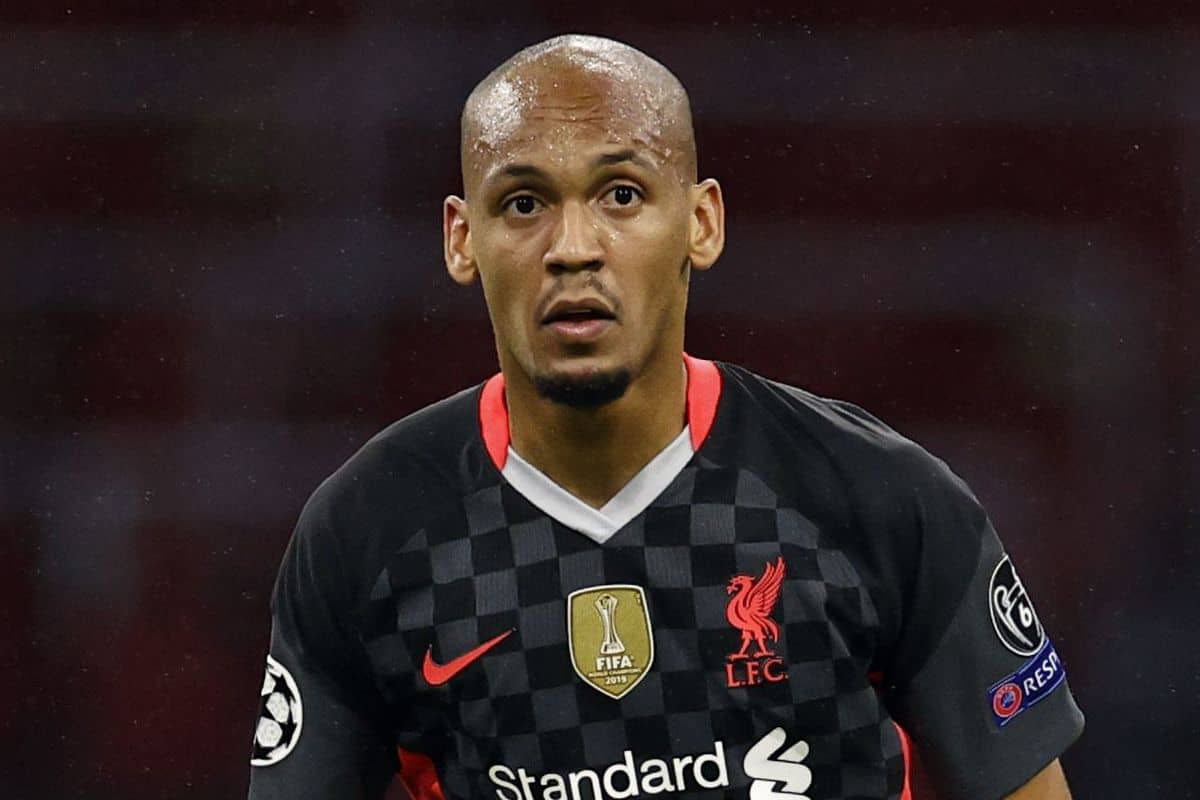 Fabinho has pointed to the importance of his development as a leader and a vocal presence at the back after slotting into the centre of defence in the absence of Virgil van Dijk.

The Brazilian started the season as fourth-choice in the heart of defence but has quickly seen himself move up the pecking order following on from the Dutchman’s potentially season-ending injury.

And with Joel Matip also absent for the trip to Ajax in the opening game of their Champions League campaign, Fabinho was paired up with Joe Gomez – where his flexibility proved key.

The 26-year-old was the standout for the Reds, with a superb goal-line clearance proving to be one of a number of acts which paved the way for a 1-0 win after Nicolas Tagliafico’s own goal.

Question marks have been placed on Liverpool’s defence and a clean sheet and three points was a welcome confidence boost for Fabinho and Co. as they kickstart life with the No. 4.

And following on from his star display at Ajax, Fabinho spoke of his “shock” after hearing the seriousness of Van Dijk’s injury as Liverpool had lost a leader and presence in the dressing room.

“Of course, we play as always against a very good team. Ajax have a lot of quality and always tried to play good football,” Fabinho told V Sport after the game. And we knew we always had to be concentrated because they have a lot of good offensive players like Tadic and Neres.

“It was good to keep the clean sheet first and then to win the game.

“Personally, when I knew Virg was out for a long time, it was a little bit like a shock because first of all, I think he is the best defender of the world right now. And most of all he is a leader in the team, in the dressing room he always keeps a good mood, a good atmosphere.

“And we, of course, we will miss this. But we have to keep going, we have to try to do the best to win the games for him as well.

“We have Thiago, Alisson and Joel some players who are injured right now, but they try to recover as quickly as possible. We have to play and try to win every game.”

With a place at centre-back now to be required of Fabinho more than first thought, and without Van Dijk at his side, the Brazilian acknowledged his need to step up as a leader and vocal presence.

“Tactically I have to be always ready for the long balls, try to organise the team,” he added. “It’s not easy, but I have to do a little bit of what Virg always does, talking to the team, trying to be a leader.

“Of course, I’m not Virgil, but I will do my best. What was very important for me and for the team was to keep the clean sheet today, for the confidence of the team. It’s very good.

“Yes, I try to do my best! Of course, the manager said to me that I have to talk more to the team, to try to organise the team.

“Sometimes it’s the little details, like the second ball, be ready, telling the team to press good, and I try to be in this role as well. I try to do my best!”

After the display at Ajax, Fabinho‘s best is certainly more than good enough as Liverpool look to navigate new terrain and as he noted, the display will do the world of wonders for both his and the team’s confidence.