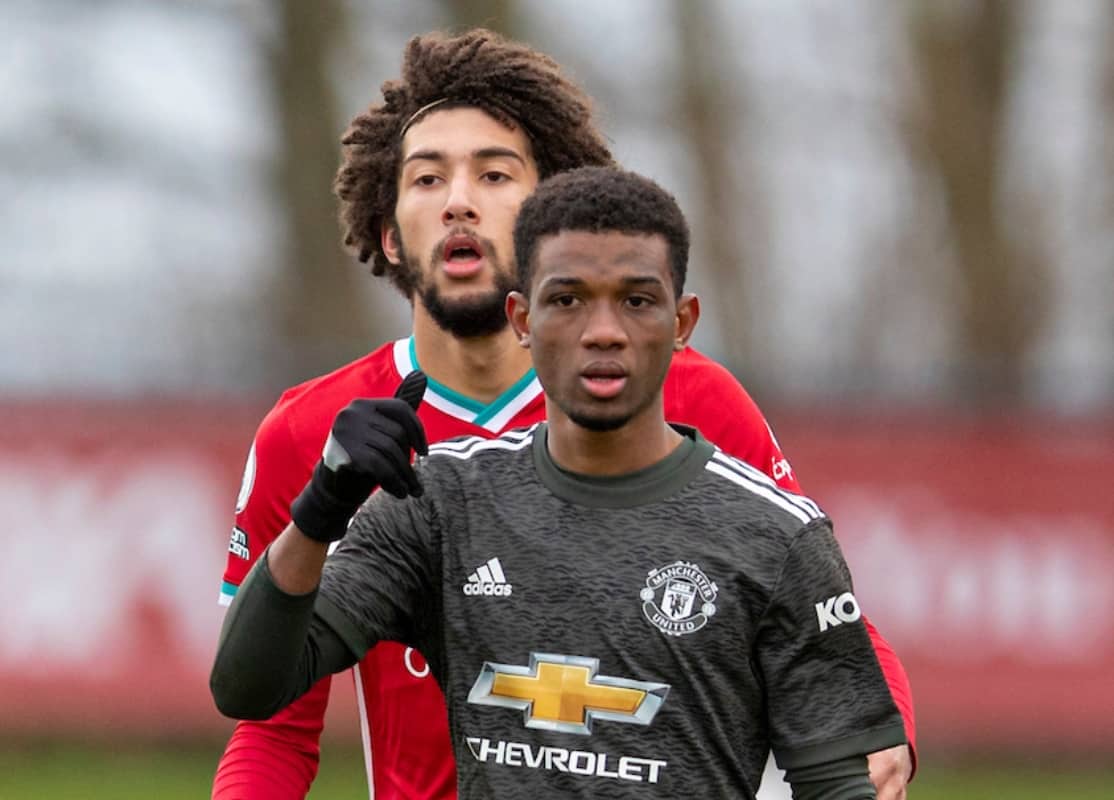 Liverpool’s under-23s paid the price for a series of errors as Man United emerged as 6-3 victors, with a first-half comeback not enough for Barry Lewtas‘ side.

Having seen their last game against Derby postponed due to a snow-laden pitch, the young Reds were back in action after a 12-day break for a mouth-watering fixture against Man United – where Barry Lewtas made two changes.

Remi Savage returned to the fold and Woodburn was back after his loan spell with Blackpool came to an end, who fired the first meaningful shot on goal which had to be tipped over the bar.

The visitors, meanwhile, were graced with the debut of Amad Diallo who signed for the club in a deal worth up to £37 million. The winger was an unused sub in Reds’ 5-0 Champions League win at Atalanta.

And while a windy afternoon at Kirkby saw Liverpool pile on the pressure up top early to start as the brighter of the two sides, it was Diallo who had the first meaningful say in the contest.

It came as a result of Billy Koumetio sleeping on the ball having taken a heavy touch, allowing the 18-year-old to pick his pocket and slide the ball beyond Marcelo Pitaluga to make it 1-0 to the visitors.

But it soon became a two-goal buffer thanks to Joe Hugill as the Reds continued to be caught in posession before being sliced open through the middle of the defence, failing to heed previous warnings. 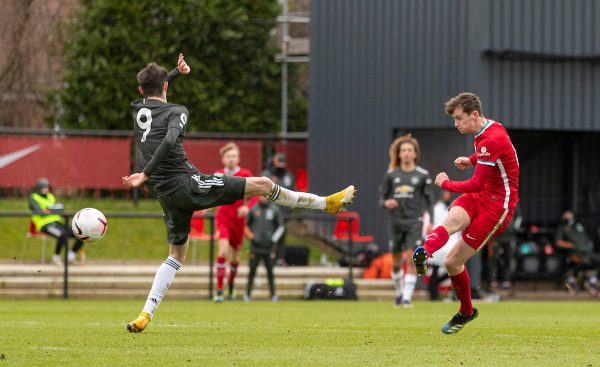 A period of trepidation followed for Liverpool before the impressive Tyler Morton thumped home a right-footed effort on the edge of the area to rebuild the foundations and settle Lewtas’ side.

A welcome sight pre-match had come in the form of Joe Hardy’s return to the bench after a nasty ankle injury back in November, and few could have predicted his instant impact.

With Fidel O’Rourke forced from the field, merely seconds after the 22-year-old was introduced he snuffed out the ball in the box and laid off a pass to Luis Longstaff to toe it home on the line to level the scores heading into the break.

The frantic finish to the first 45 was a deserved ending for the young Reds and another action-packed half followed as they each traded blows, with Jake Cain and Morton prominent in midfield.

But there was a sense of deja vu to what would follow, with sloppiness in possession proving to be Liverpool’s own worst enemy as United’s Hugill scored his second having got in-behind. 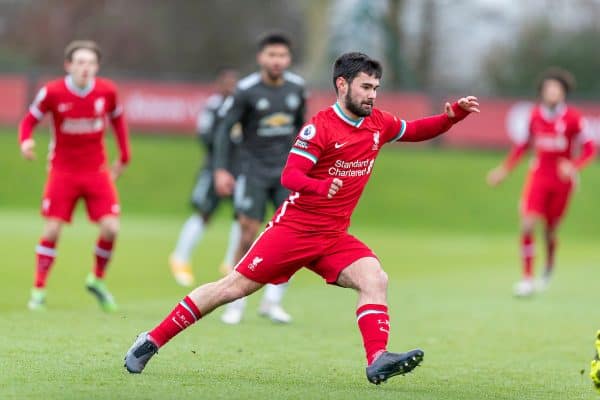 The United No. 9’s hat-trick was then teed up from the penalty spot after Hannibal was questionably deemed to be fouled by Tom Clayton on his way into the area, ensuring a sense of injustice was in the air.

But things went from bad to worse as both Cain was punished for losing the ball on the edge of the area before Clayton was again credited with giving away a penalty, with the in-form Hugill and Diallo converting respectively.

Hardy would score what would be a consolation goal to add to his first-half assist in a bright note from the game, with the result seeing United leapfrog the Reds, who drop to eighth, in the table.