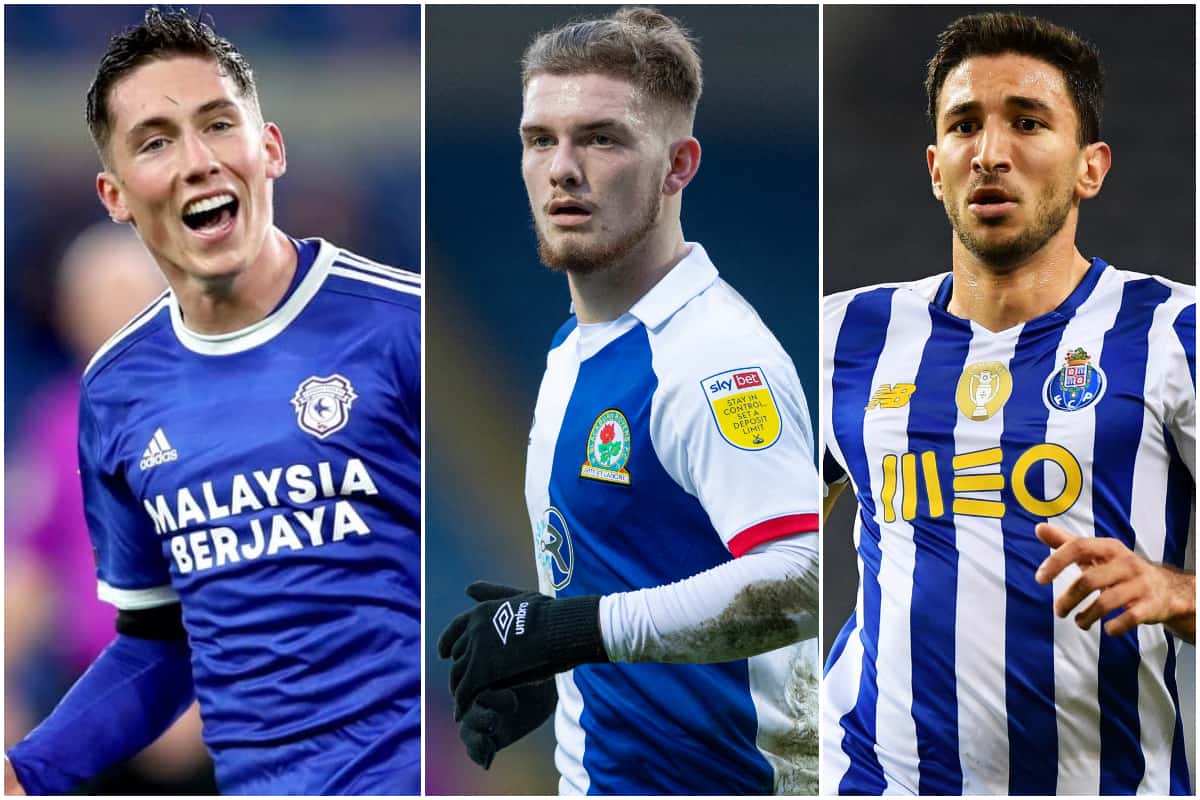 It was a productive midweek for three Liverpool loanees, with Harry Wilson back on the scoresheet for Cardiff after going two months without a goal.

Wilson has been in strong form since joining Cardiff back in October, but found his place under question upon the arrival of Mick McCarthy last month.

McCarthy omitted the Wales international from his starting lineup for the first two games of his tenure, but Wilson has now started each of the last four Championship games in an impressive run.

In the last five outings, including one off the bench in January’s 1-1 draw with Millwall, the 23-year-old has scored one and assisted three.

The goal came on Tuesday night, in a 2-0 win over Luton, and it was a typically spectacular effort from a young player gaining a reputation for finding the back of the net from range.

When Harry Wilson gets it on that left foot ??

With Aden Flint heading down a long ball into Wilson’s path in the No. 10 position, the Liverpool loanee took two touches – his second of the highest quality to shift into space – before bending a finish beyond Simon Sluga from 20 yards.

It opened the scoring at Kenilworth Road, with Will Vaulks adding another four minutes later to clinch a fourth consecutive win for Cardiff.

The constant in that four-game run? They have all come since Wilson’s return to the side.

Elsewhere in the Championship, Harvey Elliott was omitted from Tony Mowbray’s starting lineup for the second successive game as the Blackburn manager takes caution with the 17-year-old’s minutes.

But Elliott was still able to make an impact despite only being brought on in the 76th minute, tallying his ninth assist for Rovers to return to joint-top spot among the second tier’s best creators.

Brentford‘s Ivan Toney and Reading’s Michael Olise are the only other players to set up nine goals in the Championship, while only two combinations have been more fruitful than that of Elliott supplying Adam Armstrong.

Armstrong benefited again on Wednesday night as Elliott picked up the ball in the centre circle on the counter and, after one touch, played a perfect pass for the striker to net a 2-1 consolation in the fourth minute of stoppage time.

While Cardiff pick up points, Blackburn have now lost their last three games, sitting 12th and four points behind the Bluebirds in seventh, albeit with a game in hand.

Elliott’s absence from the side over the past week may be incidental, but it could certainly be argued that one of the Championship’s most prolific creative players should be restored as Rovers look to turn their form around.

Meanwhile, Sepp van den Berg‘s slow start on loan at Preston continued as he spent a second consecutive game as an unused substitute, in a 1-0 loss to Watford.

Marko Grujic also started on the bench but came on to play a vital role as Porto secured a priceless 2-1 victory over Juventus in the first leg of their Champions League last-16 clash on Wednesday.

The Serbian replaced Moussa Marega with 24 minutes left to play and his side 2-0 up, and though Federico Chiesa reduced the deficit with a valuable away goal, Porto were able to hold on for the win.

Though he remains a bench player for the Portuguese side, Grujic is clearly trusted by manager Sergio Conceicao as he adds physicality to the midfield.