Ralph Hasenhuttl believes new loan signing Takumi Minamino is a “special player” and has backed him to succeed at Southampton.

The 26-year-old has found his opportunities limited under Jurgen Klopp since moving to Liverpool from RB Salzburg in January 2020.

Minamino has made just four starts and 15 substitute appearances in the Premier League for the champions, scoring his only top-flight goal so far during his side’s 7-0 thumping of Crystal Palace in December.

“I spoke with Jurgen – he said he didn’t have the chance to give him enough time to play,” Hasenhuttl said when asked about Minamino’s move.

“I’m sure when he played, he did good games and scored a few goals.

“He’s a very special player for me not because of his physical strength but more of his way of playing football. He is very quick in his mind, has good decision-making, knows about our pressing style and hopefully a lot of running.

“He knows when you come to me you have to run a lot but that’s not a problem for him.

“He didn’t play a lot in the past games so he’ll also need time to step up but we had a good experience with Theo [Walcott] where he helped us immediately and hopefully he does the same.” 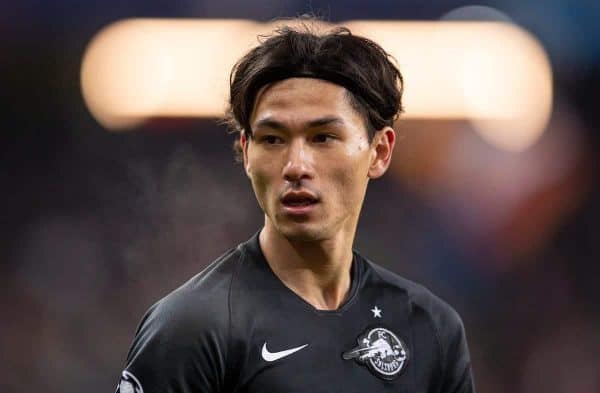 Hasenhuttl also managed a Red Bull team in RB Leipzig before he took the helm at Southampton and said his assistant coach Richard Kitzbichler has worked with the forward previously.

He added: “Richard worked with him, my assistant coach, he knows him well. When he joined Liverpool I said, ‘why are we not able to get this player?’.

“I am happy that he is here. It is not normal that a player like him says that he wants to find more chances to play and then goes looking for the right club, I think we are the right club. The way we want to play fits him, I hope we see it in the future.

“He should just do what he normally does. He should play some good stuff and help us to win games. I know that he can do it.”

Minamino could make his Southampton debut at Newcastle on Saturday, with Saints looking to bounce back from their record-equalling 9-0 defeat at Manchester United in midweek.