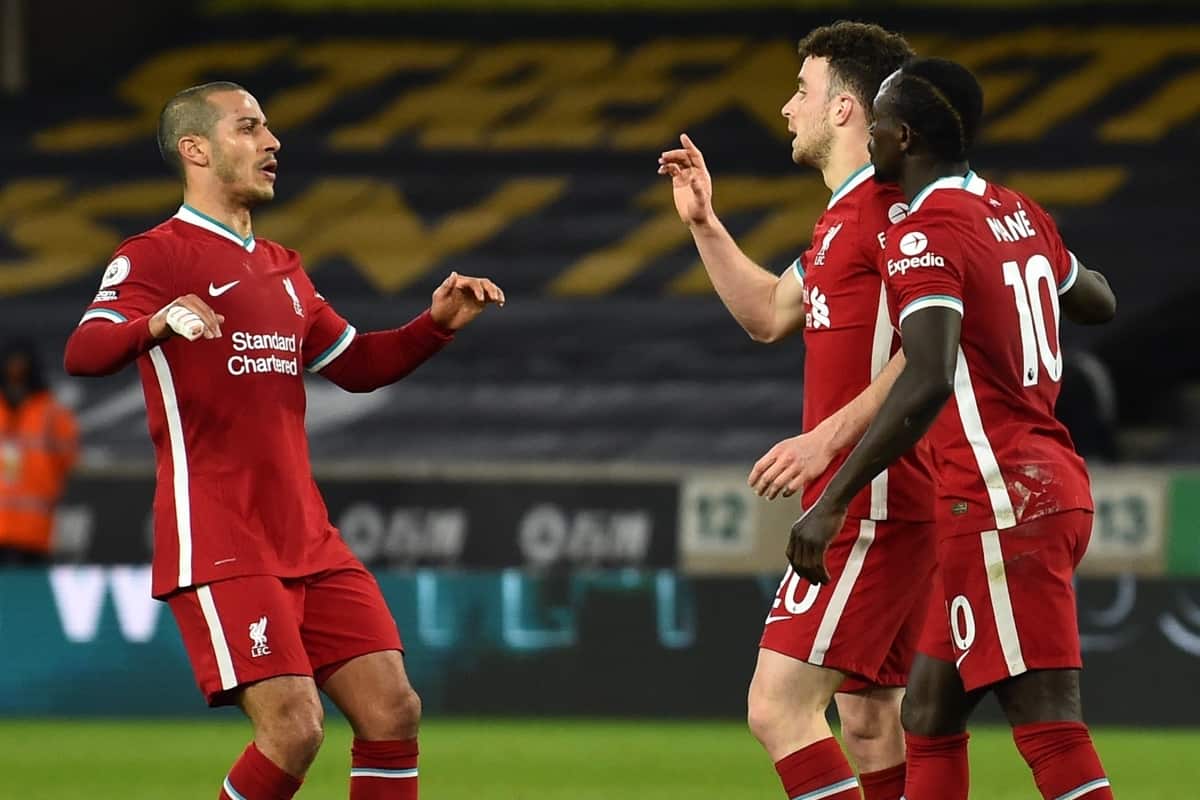 Diogo Jota‘s first-half strike was enough to clinch a valuable 1-0 victory at Wolves, as Liverpool’s affinity with away days continued.

For only the second time this season, Jurgen Klopp was dealt a favourable hand which enabled him to name an unchanged XI and thus keep Fabinho in his midfield post.

And while Liverpool have felt at home on the road of late, their foundations were tested in the early exchanges by Nelson Semedo, with Alisson lucky to escape giving away a penalty before being called into a low save.

With sloppiness aplenty, Wolves were not short of opportunities to land an early blow but had it not been for a lack of composure and confidence, Sadio Mane ought to have edged his side into the lead after a clean breakaway.

The No. 10 was the go-to man for a turn of pace in the box as Klopp’s men settled in the West Midlands, but shots on target, however, remained very hard to come by.

But a team of this quality need only one moment to spark into life, and they did just that as the front three combined once more for Diogo Jota to slot a first-time finish home on the cusp of the break, salvaging what was an uninspiring half.

It was the first time Liverpool have found the net in an opening half in their last nine league games. 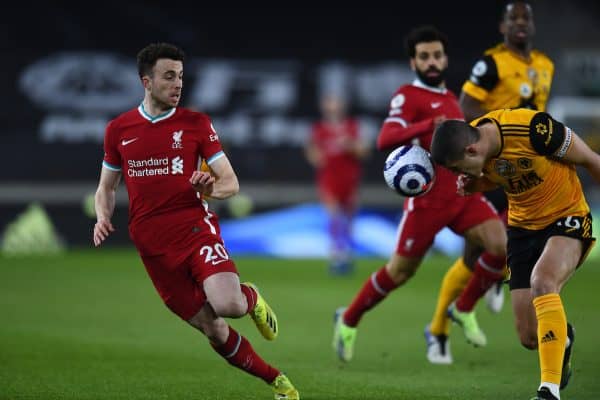 It was Klopp’s men who were on the front foot after the break, showing intent on and off the ball to starves Wolves of both possession and territory.

The final touch remained questionable as did Thiago‘s flirtation with danger while on a yellow card, but his withdrawal just before the 70-minute mark eradicated any fear after an off-game.

Having not added a second, despite chances to Jota, Salah and Mane, Wolves looked to ask more of the Reds’ defence and their composure as the full-time whistle neared.

With Fabinho patrolling midfield, Ozan Kabak and Nat Phillips‘ partnership, while not without slight missteps, continued to blossom, as did their confidence, in what was their fourth outing and third clean sheet as a pair.

The Turk was particularly impressive, cleaning up at the back both to feet and in-behind as Liverpool picked up their 13th win of their Premier League campaign to move into sixth.

And This Is Anfield‘s thoughts are with Rui Patricio after a nasty collision.

It’s now almost three weeks until the Reds are in action again, with FA Cup and internationals for the rest of the month.