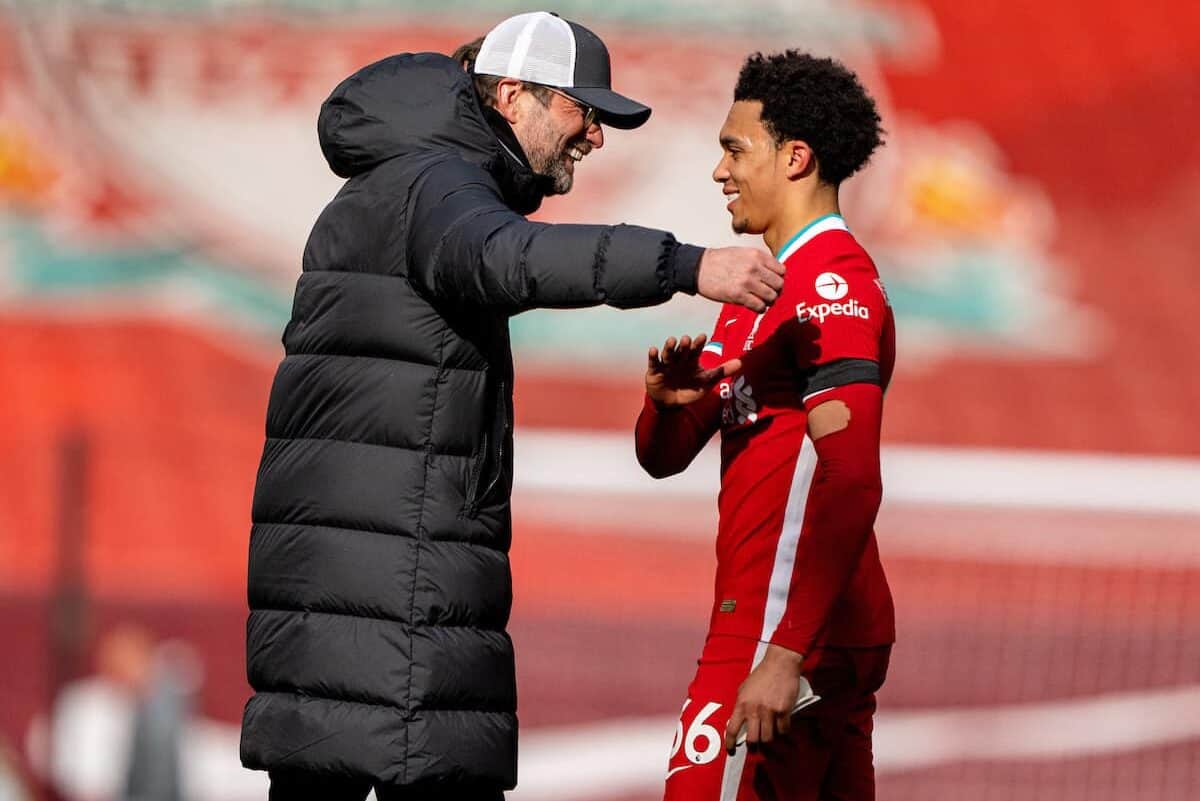 The Reds looked to be trailing off for another disappointing result at Anfield as they struggled to build on the momentum of Salah’s second-half equaliser.

But up stepped Alexander-Arnold in the 91st minute to hammer home a brilliant winner, ensuring Ollie Watkins’ opener was little more than a consolation as Liverpool earned their first win on home soil since December 16.

Milner captained the Reds in the absence of Jordan Henderson, and the veteran showered Alexander-Arnold with praise after the final whistle, having responded excellently to his England omission.

“It says a lot about his character,” he told Match of the Day, as transcribed by BBC Sport.

“People forget how young is he, such a young age. He’s been very fortunate in his career so far, so being left out of the England squad is probably one of his first disappointments.

“But he’s got a massive goal at the end, it was a great position he took up in midfield just before. We’re delighted for him.”

Salah offered his companion on the right-back some valuable advice amid recent scrutiny, urging the No. 66 to block out criticism and “keep focused.”

“I think he just needs to push himself,” the Egyptian said in his interview with Sky Sports.

“He just needs to try and keep focused – don’t listen to anyone, just try as hard as you can and it will come.” 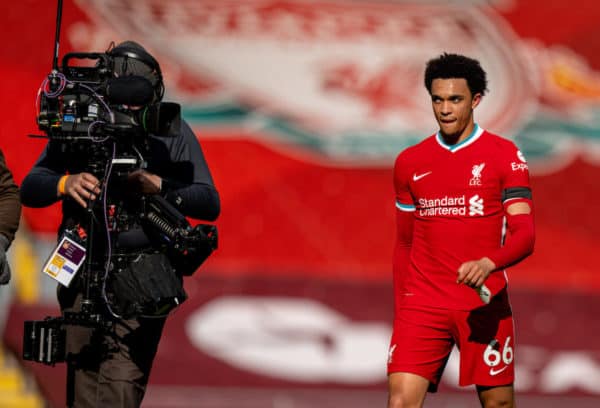 Meanwhile, Jurgen Klopp insisted “we can stop that chat about Trent,” when it comes to the England squad, with his priority clearly on Liverpool.

“Everyone agrees that he is an outstanding player. It’s Gareth Southgate’s decision what he does for the squad but we don’t have to talk about it every week,” he told Sky Sports.

“We don’t have to justify the players’ status every week.”

Klopp is right, we don’t have to – and thankfully this time out, Alexander-Arnold justified his status himself in emphatic fashion.