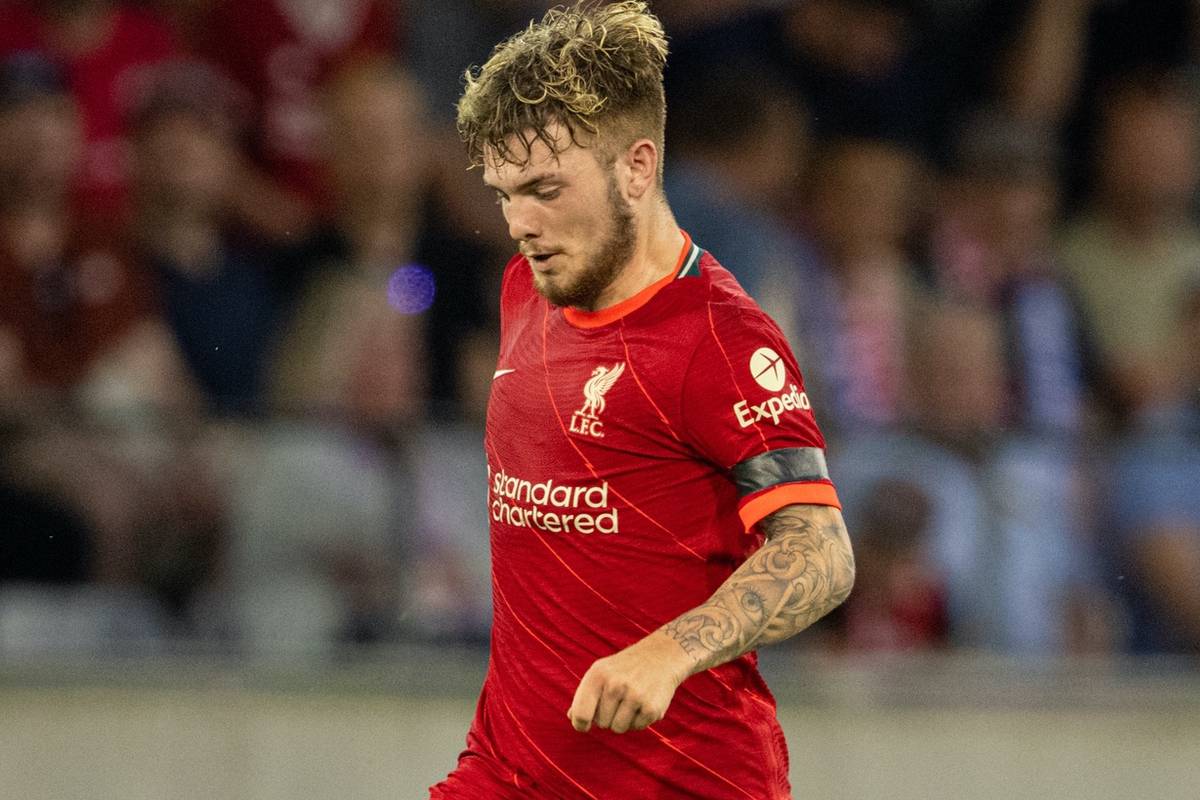 When Harvey Elliott returned from his loan spell at Blackburn he seemed primed to serve as backup to Liverpool’s wide players, but he now finds himself in the midfield.

Elliott spent the majority of his campaign with Rovers operating as a right winger, but manager Tony Mowbray did field him in a number of other roles.

Most notably, he played as a No. 8 against Millwall, Birmingham, Preston, Nottingham Forest and Rotherham, and it seems that this midfield berth caught the eye of Jurgen Klopp and his staff.

With Gini Wijnaldum having left the club, the trio of Thiago, Jordan Henderson and Fabinho yet to return from their post-season breaks and Alex Oxlade-Chamberlain shifting up front, Elliott has played as a midfielder throughout pre-season.

The 18-year-old has impressed, too, with his industry and creativity in a central role, and it could be that he is considered a regular option in the middle of the park when the campaign begins proper.

“Wherever I play I’m just excited to put the shirt on.

“Every single game, give it my 100 percent, work as hard as I can and I just try and influence the game.

“Wherever the gaffer tells me to play, I’m more than confident and willing to play there.

“It’s just all about putting on the shirt again and giving 100 percent.” 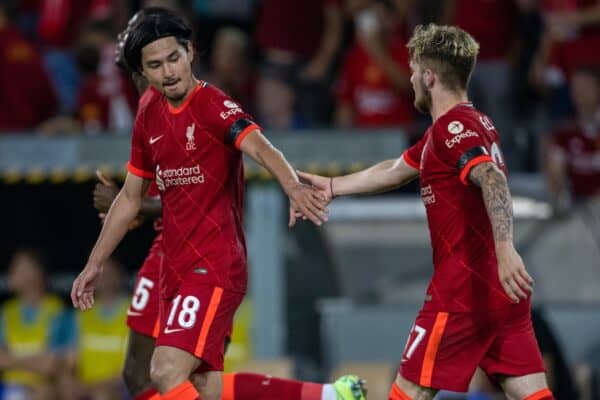 Elliott appears set to stay with Liverpool beyond the end of the transfer window, with loan interest from Sheffield United rebuffed as he prepares for a first-team spot at Anfield.

He has slotted into the squad well, and looking ahead to the new season, the teenager expressed his confidence that the Reds are ready to hit the ground running.

“I think the boys look ready, in my opinion,” he continued.

“Obviously there are still a couple of boys to come back, but I’m sure they’ll get up to speed very quickly.

“We’re all buzzing for the start of the season, obviously you’ve got to get pre-season out of the way, keep working hard, keep putting in the miles and keep putting in the effort in training sessions so we can go into every single game this season feeling 100 percent.

“I’m sure we will. We’re all excited, so let’s just see what it brings.”