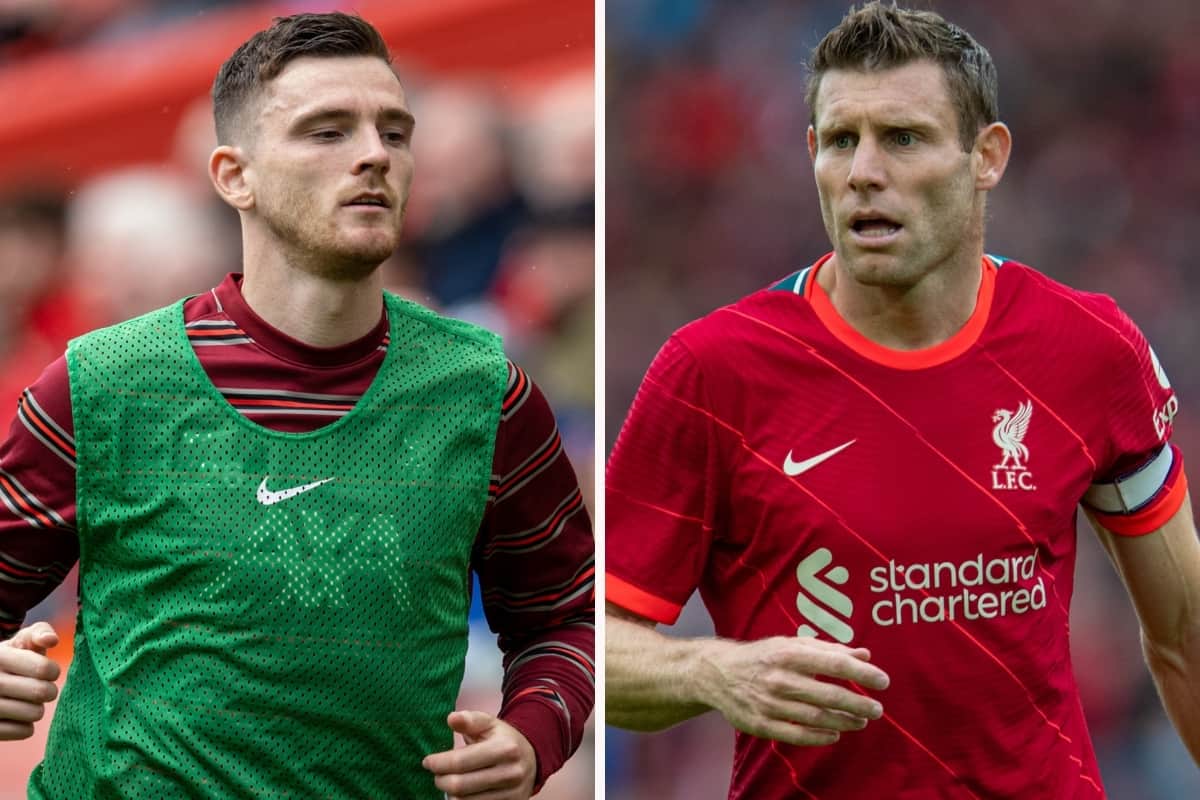 Jurgen Klopp has confirmed that James Milner is his only absentee for Liverpool’s Premier League clash with Chelsea on Saturday, with Andy Robertson back available.

Robertson was on the bench for last weekend’s 2-0 victory over Burnley, and after signing a new five-year contract in the week declared himself “ready to play.”

The left-back could come back into the starting lineup at the expense of Kostas Tsimikas, but the Greek’s strong form in his absence at least gives Klopp a welcome decision to make.

With Chelsea the visitors this time out, the manager could field a more conventional midfield, too, after deploying Jordan Henderson, Harvey Elliott and Naby Keita as his trio against the Clarets.

Fabinho is likely to come into contention, as could Thiago, but Milner continues to miss out with an issue that was initially described as minor.

“Robbo trained the whole week, of course he [is] in contention, no doubt about that,” Klopp told the club’s official website.

“Milly will not be ready – I think that’s it pretty much.

“All the rest trained and looked good and sharp – we should better be because obviously Chelsea is a tough one as well.”

It is certainly a positive situation despite the injury to Liverpool’s vice-captain, with no new issues arising following back-to-back wins to start the campaign.

Rhys Williams was back with the first team in training on Thursday, having turned out for the under-23s on Monday night, but interestingly, Neco Williams missed out again.

The Welshman has not been seen in training over the past week, and with speculation over his future earlier in the summer, it could be that a late move is in the offing – though that remains unlikely.

Nat Phillips and Divock Origi, both players whose futures are in question, are still with the squad.

Given the strength and depth of the squad at this stage, Klopp has not called upon many youngsters in recent sessions, with the likes of Kaide Gordon, Owen Beck, Conor Bradley, Jake Cain and Billy Koumetio with the U23s.

They take on Brighton on Saturday afternoon, kicking off four-and-a-half hours before Liverpool vs. Chelsea.