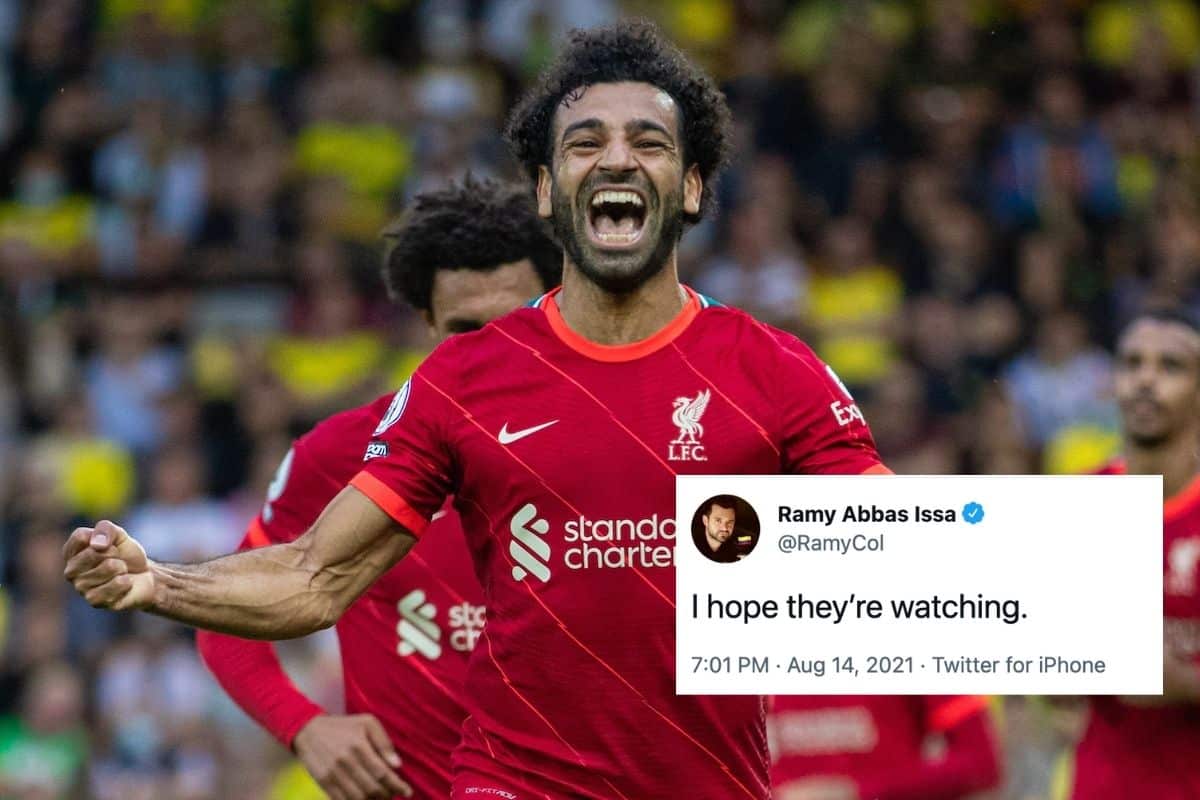 Mohamed Salah is expected to be next in line for a new contract with Liverpool but after another dominant display at Norwich his agent posted a veiled message on social media.

The No. 11 started yet another Premier League season with his name on the scoresheet and when you add his two assists it made for an eyecatching display.

It underlined his importance to Jurgen Klopp‘s side at the first opportunity and left zero questions over his intent for the campaign ahead.

It also saw Salah’s agent, Ramy Abbas, pen on Twitter: “I hope they’re watching,” in what can be interpreted as a message to the current contract situation.

Salah is currently tied to the club until 2023 but it is widely expected that he is to follow the likes of Trent Alexander-Arnold, Virgil van Dijk, Fabinho and Alisson in committing his long-term future to Anfield.

It has been reported that Liverpool are “eager to reward” the Egyptian and make “him the highest-paid player in the club’s history,” with their desire to push their wage ceiling a reflection of his standing in the team.

But as of yet, there has been no agreement and Abbas’ comment is one that hints at the state of play and another nod to what Salah brings to the table to which he should be compensated for.

Liverpool have shown their eagerness to keep their key pillars together and Salah will be no different, it’ll just be about finding common ground over terms to which Abbas looks to be holding his ground over. 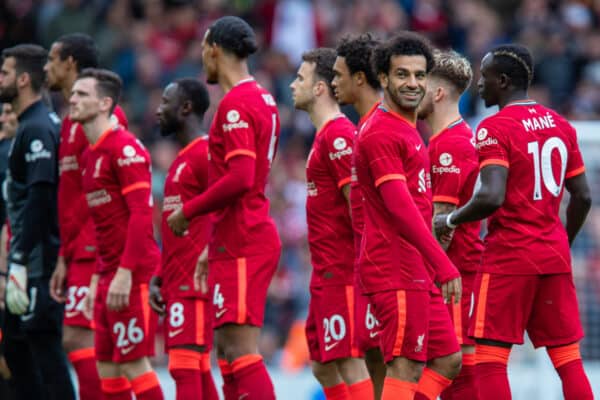 A new contract would certainly end the long-standing speculation of the 29-year-old looking for a different challenge, where he added to the talk having previously flirted with the Spanish press.

But his love for the club is under no question and the hope is that it’ll only be a matter of time before a new contract is announced for a player who currently sits 12th in the club’s all-time goalscorers list with 126 goals in 204 games.