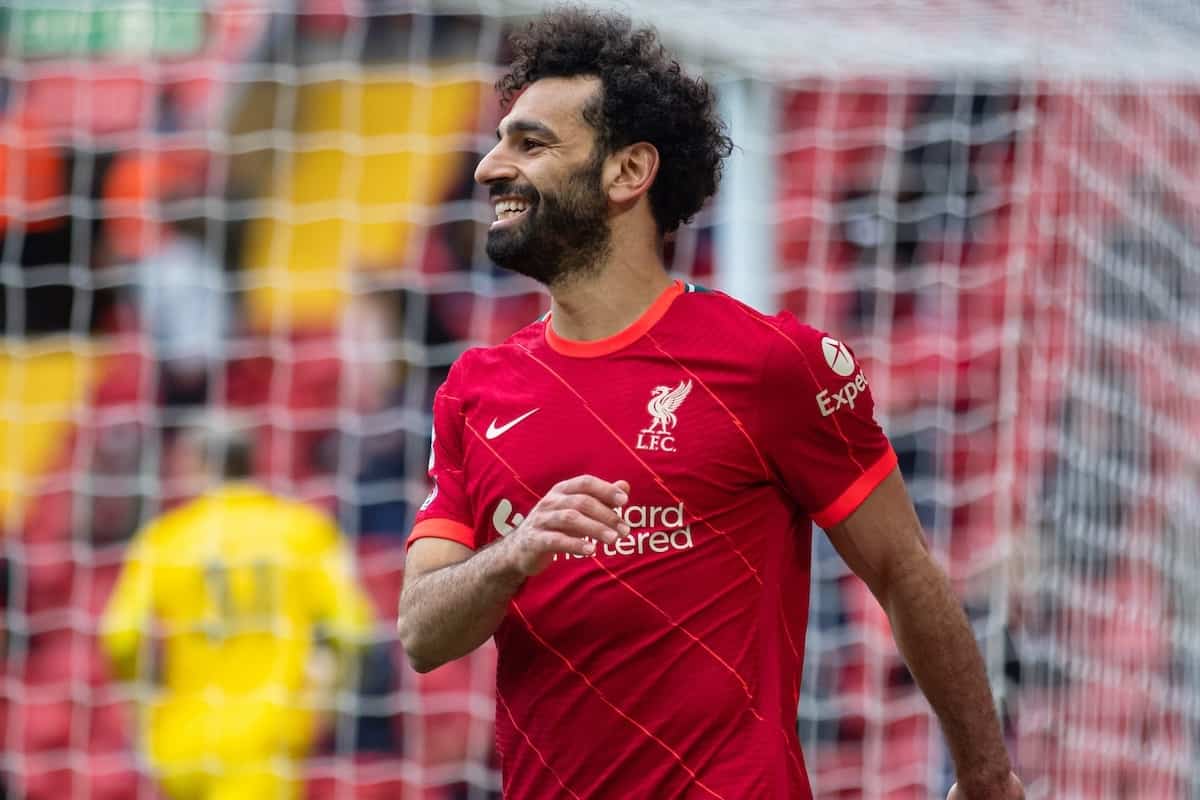 Mohamed Salah has been nothing short of world-class since he arrived at Liverpool four years ago, now the club are primed to push their ceiling to reward the No. 11.

Contract talks for Liverpool have largely centred on signatures already at the club this summer rather than acquiring new ones, with a flurry of contract extensions in the works.

Trent Alexander-Arnold rightly became one of the club’s top earners last week after agreeing to a new four-year deal, with at least seven first-team regulars reported to be next in line for new deals.

One of those names is Salah, whose current contract runs until 2023 which would take him to 31 years of age. But the Reds are ready to invest funds in his long-term future.

That is according to the Liverpool Echo, who states that the club are “eager to reward” Salah with a contract that “will make him the highest-paid player in the club’s history.”

It would take him well beyond the £200,000-a-week figure and represent his standing in Jurgen Klopp‘s side, one that has seen him break record after record, season after season.

It is a position Virgil van Dijk also finds himself in as the Reds look to both reward and keep hold of their key pillars, with the wage bill to grow significantly by the day.

For Salah, the signing of a new contract would put to bed consistent speculation over an Anfield departure – that the No. 11 himself has been guilty of adding fuel to the fire of.

The 29-year-old has flirted with the Spanish press and insisted the ball was in Liverpool’s court as to a new deal, but his commitment to the team has never been under question.

“We are together every day and I know how much Mo is committed to this team and club…I was never in doubt for his love for his teammates or club, not for one second,” Klopp said back in May.

And after 125 goals in 203 games to see him sit 12th in the club’s all-time goalscorers list, among countless other achievements, there could be no questioning his standing as a record earner for Liverpool having already long topped the wage list.

Alisson, Fabinho, Jordan Henderson, Andy Robertson and Sadio Mane are also expected to be in line for new deals.