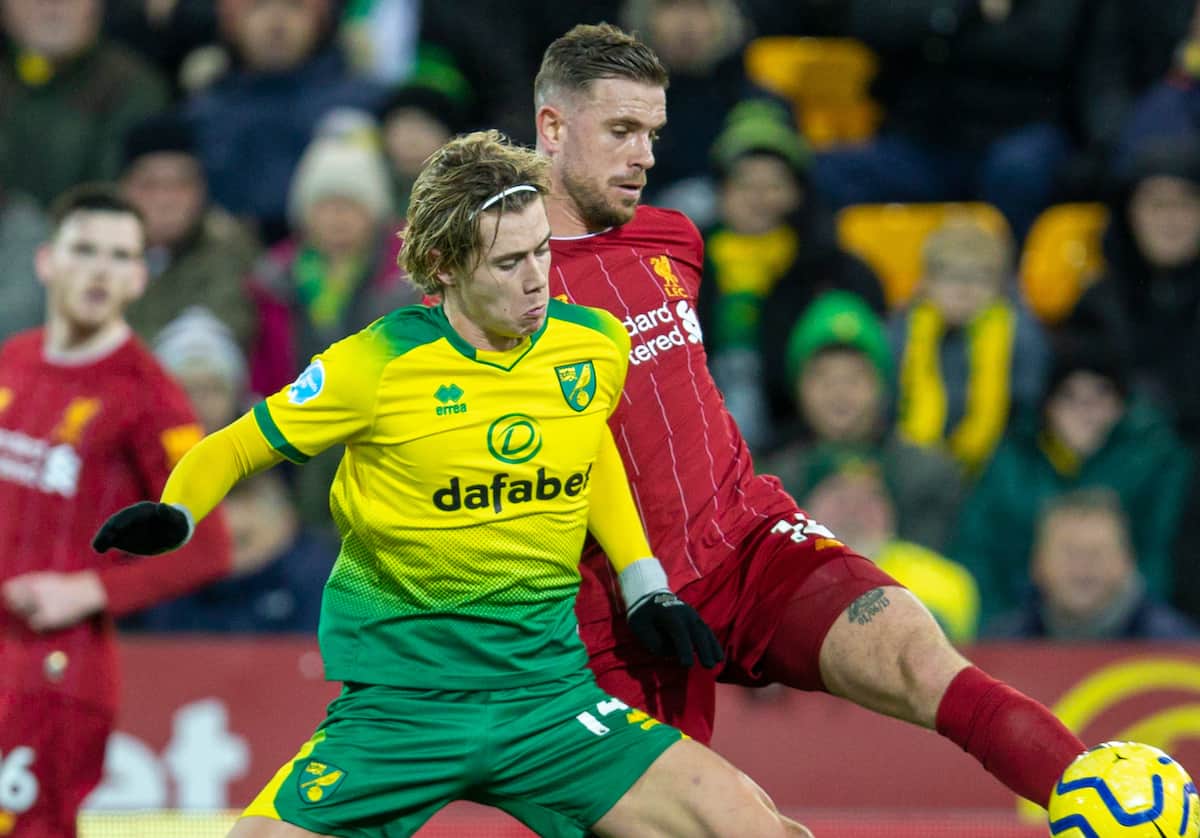 The Reds once more start their Premier League campaign against a newly promoted side; last year it was Leeds at Anfield, this time it’s Norwich at Carrow Road. How has their summer gone?

The Canaries have been an intriguing team to watch and there’s even a certain amount of history, big and small, between the two teams.

From Jeremy Goss scoring the last goal in front of the standing Kop in 1994, to the likes of Andre Wisdom heading on loan and Sergi Canos being sold, a few interactions between Reds and Yellows have been memorable.

In the Jurgen Klopp era, it’s that Adam Lallana goal to seal an utterly crazy game at Carrow Road, where we’ll be heading to on matchday one of the 2021/22 campaign.

Here’s a look at Daniel Farke’s side and how they’ve prepared for a return to the top flight. 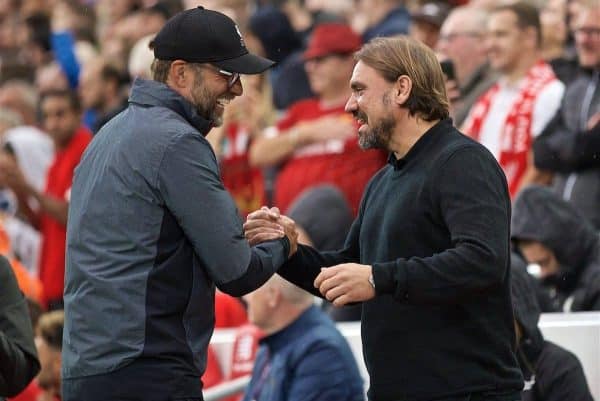 Pretty good in this respect: No talk yet of sporting director Stuart Webber departing – there’s another Liverpool link, he worked for us as a director of recruitment around the turn of the decade – and manager Farke signed a new contract.

They have worked well in tandem, both understand the long-term planning the club have and are comfortable being in or around the relegation and promotion spots each year, with a view to gradually improving and ultimately maintaining themselves as a Premier League side.

Farke was criticised by some when Norwich were relegated, but he has twice taken them up from the Championship.

Emiliano Buendia leaving for Aston Villa was the big one. It was always likely one of their three big assets would depart this year and Webber had already said it would be a record deal.

With Jack Grealish to be leaving, Villa were in a position to move early and got the playmaker for £33 million.

Todd Cantwell and Max Aarons are still at the club, though a handful such as Alex Tettey, Marco Stiepermann and Orjan Nyland have left on frees.

Their big-money, big-name addition is Milot Rashica, the (now ex-)Bremen attacking midfielder who was briefly linked with Liverpool last year. Angus Gunn is back to add goalkeeping competition, Pierre Lees-Melou is in from Nice for £3.5m and Ben Gibson has been signed at centre-back from Burnley.

Billy Gilmour on loan is another great addition in midfield.

Norwich, like a few other teams, have had to cancel one or two plans this summer due to Covid, but they have managed five friendlies nonetheless.

Local opponents, then steadily working their way up the domestic ladder to Premier League level, has been their approach – a similar one to the Reds’ tactics in previous years.

King’s Lynn, Lincoln and Huddersfield were all beaten either away or on training ground games, before a 5-0 thumping of Gillingham at Carrow Road.

Their final game was Saturday afternoon, away to Newcastle United to give an indication of where they are for the new season against top-flight opposition: they lost 3-0.

Cantwell missed that game due to an ankle injury, and six others were absent due to being in isolation after a covid outbreak, including club captain Grant Hanley. 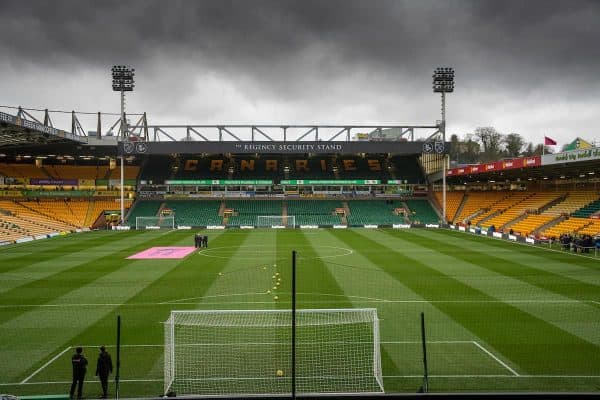 Fans will of course be back for the first gameweek – let’s hope it stays that way all season.

They had 10,000 supporters back for the game against Gillingham last week, the first fixture with supporters in place since before Christmas, but it’s the arrival of away fans – Kopites! – and a much more full house for home supporters where the difference will truly be felt.

Carrow Road is a 27,000 capacity stadium and if you’re planning on making the trip, the ticket details have only just been released by LFC.