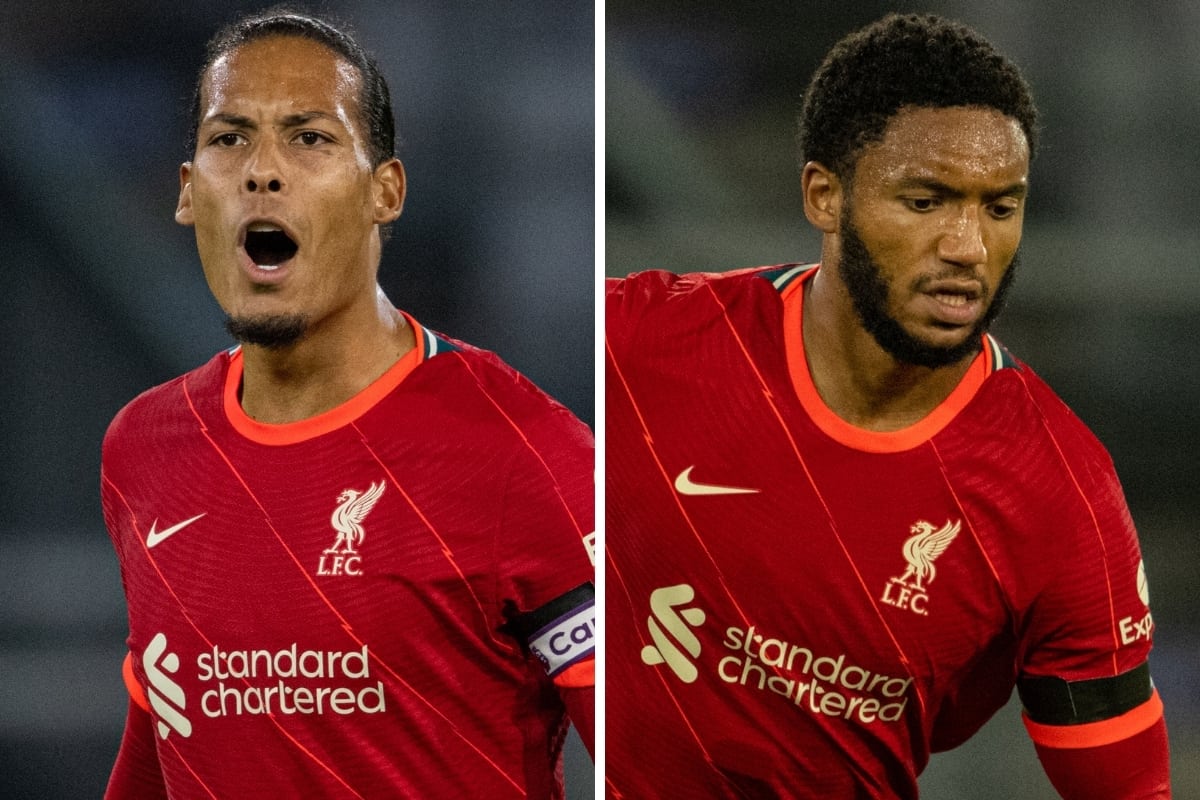 Virgil van Dijk and Joe Gomez are expected to play at least half an hour as Liverpool prepare for two 60-minute friendlies against Bologna on Thursday afternoon.

The Reds’ centre-back duo both returned in the 4-3 loss to Hertha Berlin last week, playing just over 20 minutes after long-term injuries.

It was a big boost to Liverpool, who now have four top-level options at the back along with the promising likes of Nat Phillips, Rhys Williams and Billy Koumetio.

With four games left to play in pre-season, the focus will be on increasing Van Dijk and Gomez’s minutes as they build fitness and sharpness ahead of the Premier League kickoff.

They remain doubts for the opener at Norwich on August 14, but in his latest update, Klopp confirmed they will feature in one of the two friendlies against Bologna, while hailing the “real specialist” behind their recovery.

“Hopefully, yes. That’s how it looks in the moment,” he told the club’s official website when asked if they are ready for an increase in minutes.

“I want to make it really clear, we push nothing. We just don’t. We wait a little bit, the players come.

“We have now with Dr. Andreas Schlumberger a real specialist who is in constant talks and always observing everything.

“We know exactly how they feel – how they really feel and not what they tell us because they obviously are desperate to play again.

“It looks good, this morning [it was a] normal training session.

“Sometimes in moments we swap Virgil and Joe a little bit so maybe the intensity doesn’t get too high, but in general it looks really good.

“How many minutes on Thursday, I don’t know, but there will be some minutes for sure.”

Dr. Schlumberger has been central to the management of fitness concerns throughout the Liverpool squad since his arrival in 2020, with Naby Keita one of his long-term projects.

It is likely that the German, who previously worked with Klopp over four years with Dortmund, was consulted as the Reds planned their pre-season programme which has included 30-minute, 60-minute and 90-minute games.

Klopp detailed the approach to the upcoming clashes with Bologna, and in the process suggested that Van Dijk and Gomez will play around 30 minutes.

“For sure now we have enough players who have to play 60 minutes, that’s clear,” he said.

“But we have some, they are maybe not allowed or should not play a full 60, so some will play 30, this kind of stuff.

“It was just like this: we have for sure a team who could now play 90 minutes but it doesn’t make massive sense to do it already, to push through.”