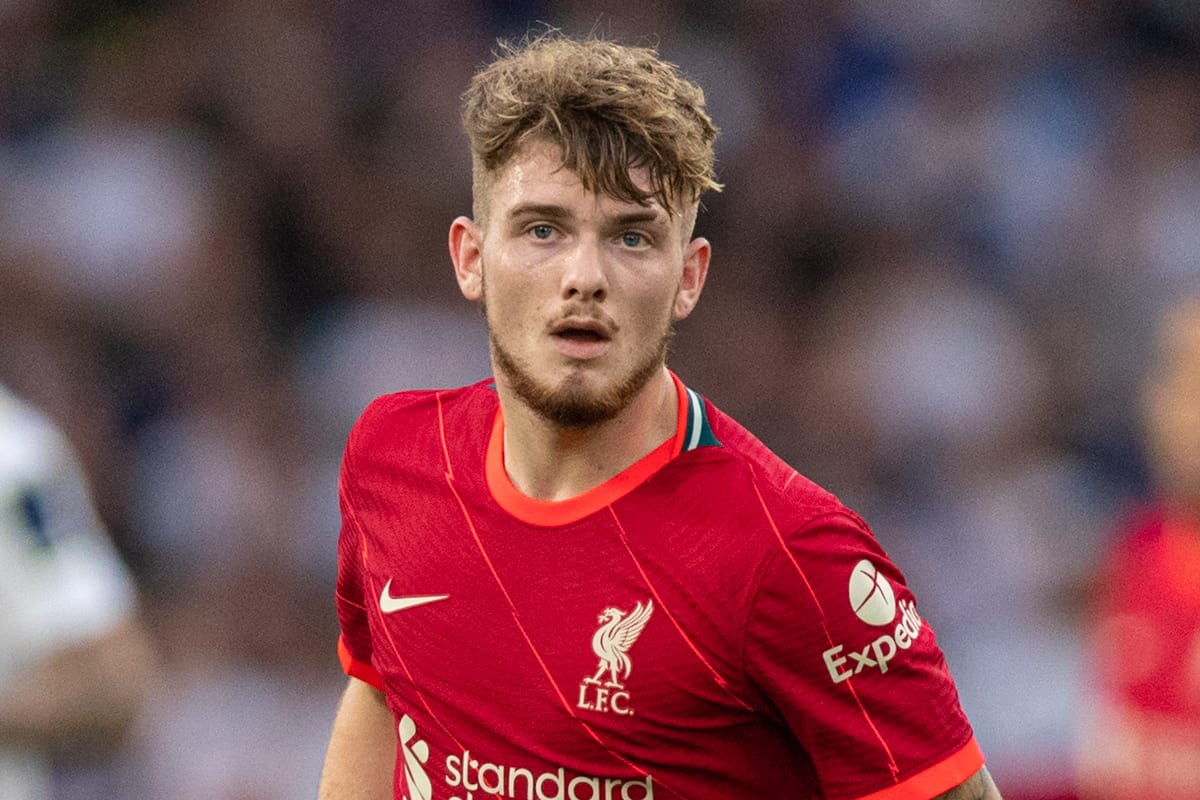 Harvey Elliott has spoken of his devastation after his horror injury at Leeds, but is now “fully focused” on his comeback in the knowledge that he has Liverpool’s “incredible” support.

The 18-year-old was dealt a cruel blow at Elland Road on what was his third successive Premier League start, having firmly entrenched himself in Jurgen Klopp‘s plans this season.

But an unsavoury challenge from Pascal Struijk moments before he was set to be substituted saw him sustain an ankle dislocation, where surgery is now required later in the week.

The reaction of his teammates and Liverpool’s support staff was the first nod to the severity of the injury, with Elliott now not expected back on the pitch until 2022.

He still had time to show a touch a class while in hospital, gifting his shirt and boot to a kid who had earlier broken his arm, and now he has posted a message on Instagram to thank all those who sent him love and support – from Liverpool and beyond.

“I’m of course absolutely devastated with what happened yesterday at Leeds, but have been totally overwhelmed by the love and support shown to me by the entire football world following the injury.

“Thank you so much to everyone who has reached out or sent messages to me and my family, it means so much to us. Also a massive thanks to everyone inside Elland Road for the reception you gave me immediately after it happened.

“I am now fully focused on my recovery and will give everything in my rehabilitation to be back out there as soon as I can. I know I have an incredible support network behind me at Liverpool and together we will get through this.

“To all of the Liverpool fans, your support means the world to me. I’m one of you and I can’t wait to be back faster, fitter and stronger to help the team in the future.

It’ll be a long road back to full fitness, but as Elliott rightly nodded to, he has an “incredible support network” to turn to when he needs it, and Klopp will be waiting for him.

“We will play football without him, but we will wait for him as well because he is a top player,” Klopp said after the match on Sunday.

All anyone can hope for here is a swift recovery with few, if any, hiccups along the way.

Elliott still has plenty of football ahead of him and the future remains bright.