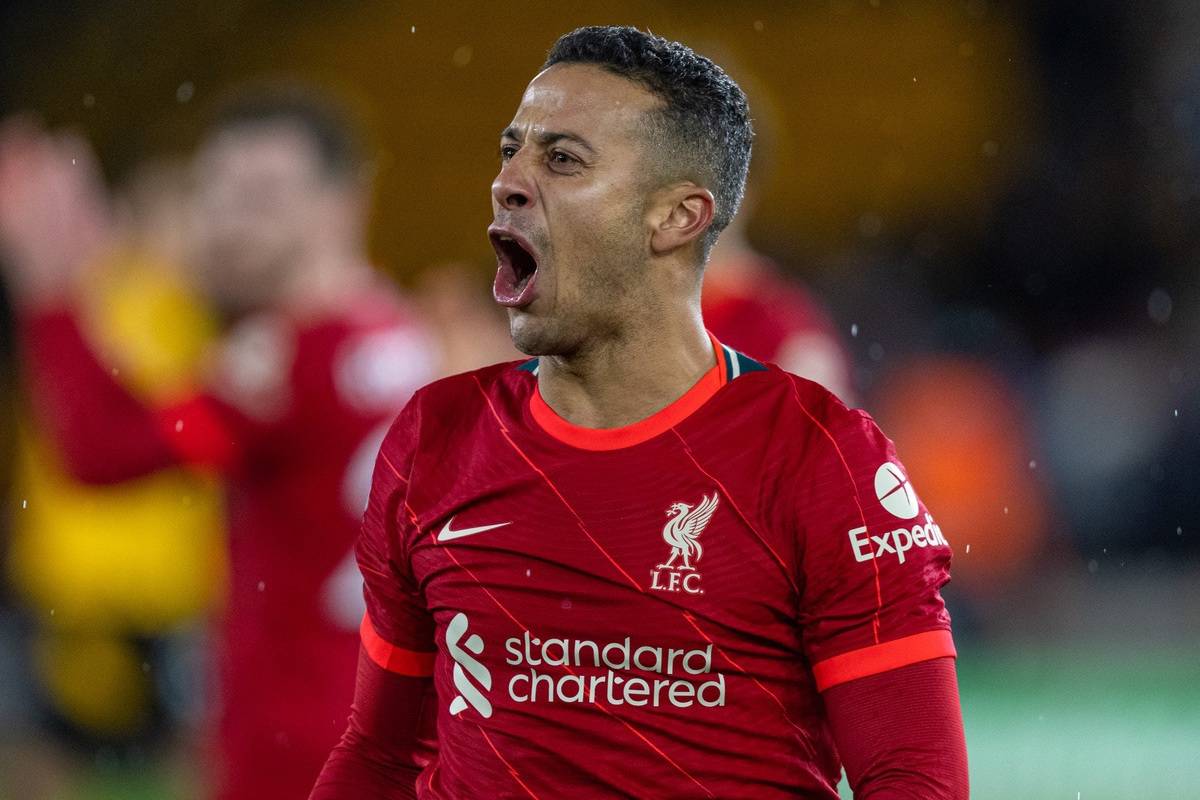 Liverpool secured a priceless last-gasp victory away to Wolves on Saturday afternoon, with Joel Matip and Thiago standout starters on the day.

Jurgen Klopp‘s men knew that a win would see them go top of the Premier League, for a short time at least, following Chelsea‘s defeat at West Ham earlier in the day.

For so long, it looked as though two valuable points would be dropped, as big chances came and went for the visitors.

But Divock Origi fired home clinically in stoppage time to seal a massive 1-0 win, as the Belgian added to his ever-growing legend.

Here we compare our player ratings with those from the Liverpool Echo, Sky Sports, FotMob and the TIA readers. 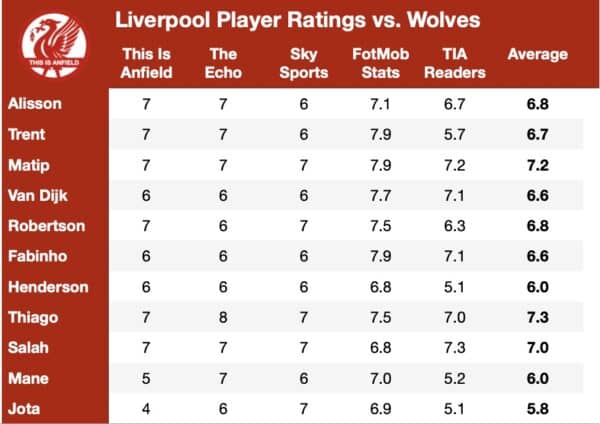 It was Thiago (7.3) who received the highest average rating of those to start the game, following a commanding performance at the heart of Liverpool’s midfield.

The Spaniard was easily the Reds’ standout midfielder, with Fabinho (6.6) and Jordan Henderson (6.0) short of their best at Molineux.

TIA felt Thiago excelled in “dictating the tempo” of the game, also praising his “good defensive work” on a testing afternoon.

The Echo‘s Ian Doyle also lauded the 30-year-old, saying he “conducted much of Liverpool’s attacking play.”

In second place was Joel Matip (7.2), who was superb at coming out with the ball and breaking the lines with his precise passing. 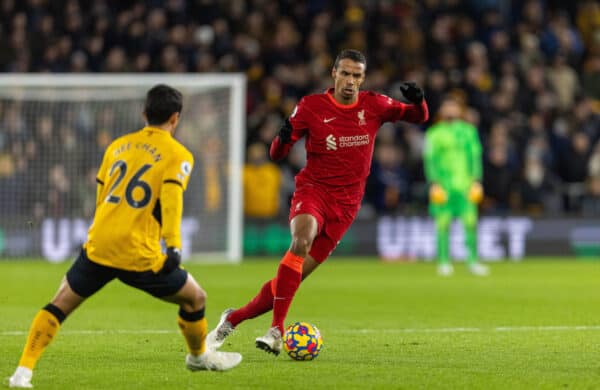 The centre-back enjoyed a pass completion rate of 92 percent, according to FotMob, winning 10 duels and making six recoveries, too.

Mohamed Salah (7.0) took home the bronze, with Doyle claiming he did “superbly” in teeing up Origi for the winning goal.

Diogo Jota (5.8) got the lowest score on his return to Molineux and TIA said he will “want to forget this performance,” following an awful miss.

Match-winner Origi may only have been a late substitute, but he got the highest rating (7.8) from Liverpool fans on the site.