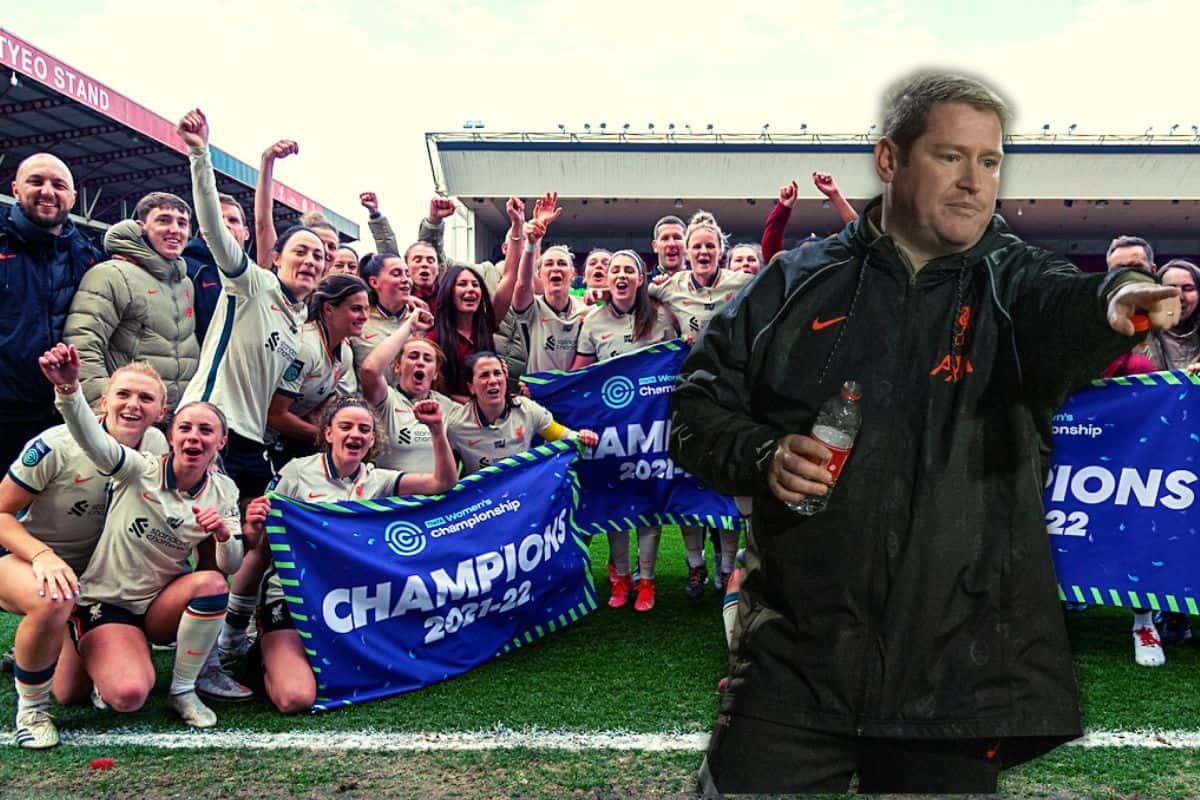 Liverpool FC Women are set to get their own training ground next year, manager Matt Beard has told This Is Anfield.

Last summer we reported how plans for a training base for the women’s side were progressing again after stalling during the pandemic.

LFC Women currently train at Tranmere Rovers’ The Campus training ground on the Wirral, but that is set to change from next summer.

“We’re making headway with that now,” Beard explained as we sat down to discuss the club’s Championship title success.

“Not next season, the season after, we should have our own training ground for us and the academy.”

One option that had been looked at was the merging of the women onto the newly-expanded Kirkby training ground, which was completed in 2020.

However, Beard explains why his and the club’s preference is for the women to have their own home on Merseyside which can house players from the academy to the first team:

“If you look at Kirkby, if we went there you can probably only house the first team. From our perspective, we have the under-21s, the youth system. The youth system are training at three different venues at the moment.

“We want to get a base not just for the first team but for the women’s setup, I think that’s important.

“Kirkby wouldn’t be able to house under-18s, under-21s, first team. My preference would be where we can house them together.

“We want to develop our own players, like what’s happened on the men’s side. We want to replicate that. It’s going to take a little bit of time but the start of that process is getting our own training facility.”

Several sites were identified by the club in a search led by Susan Black, who was appointed as women’s executive director in September 2020.

“Susan’s had a massive influence,” explained Beard. “The structural changes that happened in the summer, [like] bringing in Russ Fraser [the women’s first managing director]; he pushes boundaries.”

Beard, who led Liverpool Women to consecutive WSL titles in 2013 and 2014, has overseen a stunning first season back at the club, gaining promotion back to the top flight at the first attempt.

“The ambition was always to go up,” he explains. “[But] my remit wasn’t to go up this year, we had a two-year plan to do it; to go up in year one was great.”

The Reds won the league with two games to spare, winning 15 of their 20 league games, losing just once and conceding just eight goals so far.

“It’s been a joy to be honest with you,” says Beard, who will see his side lift the Championship trophy after Sunday’s final home game, against Sheffield United, at Prenton Park. 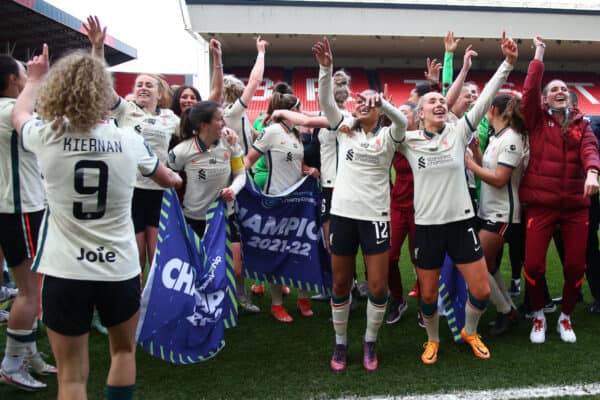 The kick-off for Sunday has been moved forward to 12 noon to allow supporters to attend the women’s title fixture and then have time to get across to Anfield for the men’s Merseyside derby. Tickets for the match are just £1 for kids.

After that, Beard knows the hard work will begin again, with the club back in the top flight, competing against the likes of Arsenal, Chelsea, Man City and Man United.

“I think as a set up we’re ready to make the step up,” says Beard. “But it’s going to be a tough transition, it’s not an easy division: Aston Villa have struggled for two seasons now, Leicester have had a tough first season in the WSL.

“I have that experience of that division and we have a lot of players who have played in that division so I think we’re better equipped maybe than some of the teams that have gone up in the past.”

For now, it’s about enjoying the title success, beginning with the celebrations on Sunday.

* Tickets for Sunday’s final home game of the season and trophy lift are available here, priced £6.50 for adults and kids for just £1.