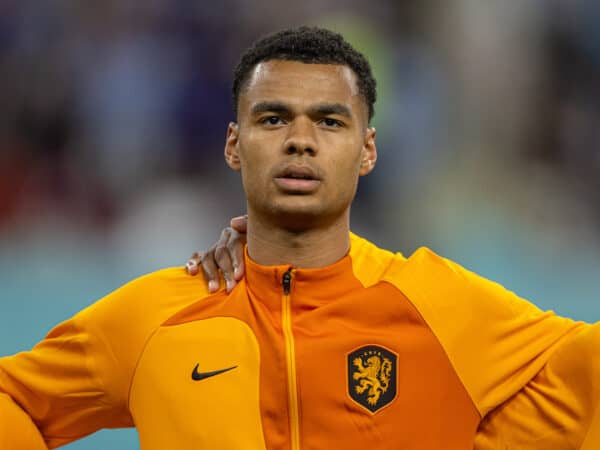 The dust had yet to settle after Liverpool’s Boxing Day win before news broke of Liverpool’s pursuit of PSV winger Cody Gakpo, a deal which is now on the cusp of being official.

Talk about gifts coming all at one, first, it was the win at Villa and now it’s the imminent arrival of a new player in the January window.

Within in an hour of Liverpool being in ‘advanced’ talks for Gakpo, PSV had already confirmed that a deal is in place in “a record transfer” for the Dutch side.

The price is reported to be an initial £37 million with the Reds having moved quickly to secure Gakpo’s signature due to considerable interest elsewhere, including from Man United.

The speed of news breaking to a deal is always welcomed by Liverpool fans, who are excited about what may be in store from 23-year-old Gakpo.

It’s a deal that makes sense…

It's also worth noting that after next season you have the expanded Champions League, meaning more games.

Bigger squads are needed, get used to it.

That is a big couple of hours for Liverpool. An important win followed by the determination to invest. Coady Gakpo is a signing to invigorate a season – it will be done for a deal that is worth €50m ?

Gapko signing tells me the Diaz injury is worse than thought.

Looking at the state of our forwards:

With only Salah and Darwin now available and Top 4 at risk, it does make sense.

Gakpo as a signing makes sense. A versatile and clearly talented forward young enough (23) to be moulded by one of the best managers in the world. I'm ready?

Gakpo, then. Clearly outgrown the ‘next eight’ competitions, as he’s in the top percentiles for most things: pic.twitter.com/Ht9gF7BOOO

Safe to say the last player Liverpool swooped in and signed ahead of a rival didn’t end up too badly, either.

Gakpo brings even more of a presence to the attack. He's the same height as Darwin.

And it’s a Christmas gift that escalated quickly…

As someone who backed Cody Gakpo to be leading scorer at the World Cup and lost I can only say that he owes me ? (and WHAT a signing if it happens) #LFC

Liverpool's transfer dealings are world class. Know your targets, work on them, keep it quiet, then when talks are advanced and news breaks, wrap it up within a few days. It's so smooth and efficient. https://t.co/skB7lqDPjx

Good reminder that Liverpool work in silence, and have since the Van Dijk debacle. They decide who knows and when.

Says everything about United's strategy that they spent the whole summer chasing him and a rival signed him for just £37m upfront https://t.co/SFweqWuEtg

Gakpo is a right-footed winger who predominantly plays on the left of a front three, and he has 13 goals and 17 assists in 24 appearances for PSV this season.

With long-term injuries for Luis Diaz and Diogo Jota, Liverpool are right to take action having already seen Alex Oxlade-Chamberlain, Fabio Carvalho and Harvey Elliott used on the left.

The speed of action is not too dissimilar to what we saw with Diaz last January, with Liverpool springing into action for a target who is attracting serious interest from across the league.

Let’s hope he goes on to make a similar impact from the off!