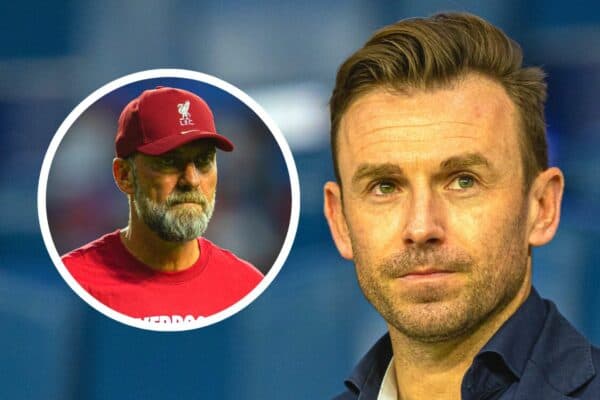 News emerged during the World Cup that sporting director Julian Ward, who only replaced Michael Edwards last summer, would be leaving Liverpool, and Jurgen Klopp was as surprised as anyone.

After Edwards made the decision to take a break from football at the end of last season, Ward was viewed as his natural successor, having been gradually eased into his position.

However, last month, Ward also made the decision to leave next summer, with the search for his successor now underway.

Speaking to reporters on Friday, Klopp admitted Ward’s decision took him by surprise, but insists it will be business as usual up until the day he moves on.

“It was a surprise when Julian told me, but we work completely normally together until the day he leaves,” Klopp said in his pre-match press conference.

“Julian is 100 percent committed and everything is fine. We never had a problem and won’t have a problem, so it’s all fine, and when he told me after the Southampton game, I was surprised in that moment, but that’s his decision, and that’s okay.”

Klopp then moved to reassure supporters that Ward’s exit will not have an instant impact, perhaps suggesting that plans for next year’s transfer windows are moving forward as normal.

“It will have no impact for this period, not at all,” he added.

It would be reasonable to think that such upheaval behind the scenes could have a negative impact on Klopp, but the Liverpool boss seems satisfied, at least in the public eye, that things are still moving in the right direction.

Klopp also suggested Liverpool could be active in the January transfer market, and admitted he “is not against” the idea of new investment.